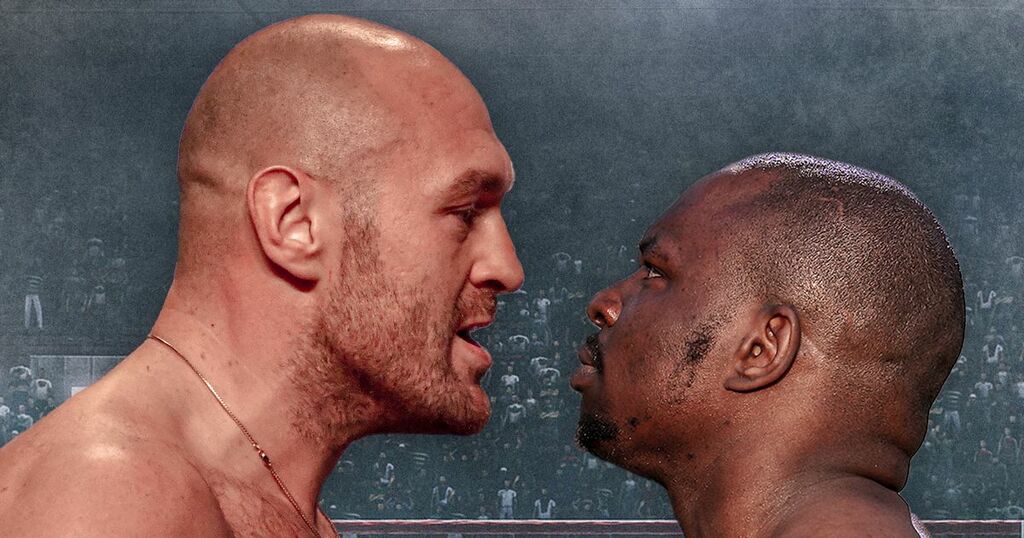 Eddie Hearn has insisted that Dillian Whyte will appeal the 80-20 purse split ruling for his fight with Tyson Fury.

The British duo have been mandated to fight by the WBC for their heavyweight title, but Whyte is furious with the decided purse split where Fury would make 80 per cent of the earnings for the fight.

Purse splits for mandatory challenges can be as high as 55-45, and Hearn believes that with the money generated for the fight, there need to be a "legal process" to determine what Whyte earns.

The governing body has based their ruling on previous purses, which are incomparable in their size given Fury's last two fights have been massive pay-per-view events against Deontay Wilder for the title.

"There's not really a huge amount of negotiations," Hearn told TalkSPORT. "There's a ruling from the WBC of an 80-20 split.

"We don't agree with that and we don't feel like we should accept that so that will be appealed against via the WBC, via arbitration or via a legal process.

"Until that ruling is made, we'll have to see where we're at.

"If that's the final ruling and we have to go to purse bids for that fight, we will bid what we believe the value of that fight is.

"Clearly right now we have a very different assessment of that value than other people according to the bids and offers that have been made to Dillian Whyte."

Hearn will be promoting another world heavyweight title fight later this year when Anthony Joshua rematches Oleksandr Usyk for the unified IBF, WBA and WBO belts.

News on that bout is expected shortly, with the promoter still hopeful that the Whyte and Fury bout can take place at some point in the coming months.

"It's March or April for these fights," Hearn continued. "You're within two or three weeks, maximum, of having to unveil your schedule for that timeframe.

"We've just announced our schedule up to the end of March today, but I would expect heavyweight news dropping in the next few weeks."

Would you like to see Tyson Fury fight someone else in March if a deal can't be reached with Dillian Whyte? Let us know your thoughts in the comments section below!

Fury's promoters Bob Arum and Frank Warren have pushed for the 80-20 split, arguing that he is the considerably bigger star than Whyte.

The numbers for purses back it up, with Fury having earned eight figures for his last fights, while Whyte didn't touch a million collectively for his two bouts with Alexander Povetkin.

Fury's American promoter Arum has slammed the Londoner as "greedy" for wanting a massive payout to face his former sparring parnter.

“Dillian Whyte could have that fight. We would do that fight. But they’re – in our view – very greedy with what they’re asking," he told iFL TV.

“We’ve offered them a big, good deal. A purse deal far more than they’ve ever gotten in any fight, and that hasn’t moved them.

"Dillian Whyte really, and his people, should come to the table and fight Tyson Fury, but that's not likely to happen so they're going to play out the arbitration."