Fury brutally dismissed the challenge of his domestic rival last month, ending the contest with a brutal uppercut just before the midway point at Wembley. The pair were enrolled on the WBC's drug testing as part of their 'Clean Boxing program' and passed their two pre-fight tests.

It has now been confirmed by the governing body that the pair have passed their third and final tests after the bout, with both samples coming back clean. The Voluntary Anti-Doping Agency (VADA) tweeted: "Congratulations to Tyson Fury and Dillian Whyte for successfully completing VADA."

Fury was dominant from the opening bell against Whyte, controlling the exchanges with his rival unable to close the distance. Fury sent his opponent crashing to the canvas with a well-timed right uppercut in the sixth round before referee Mark Lyson halted the contest with Whyte unable to continued after staggering desperately towards him.

Fury now plans to retire from boxing and declared his huge UK homecoming as his final hoorah. A respectful greeting ensued after the fight, with Fury telling his rival that he will return to become world champion later in his career.

Fury and Whyte had been in negotiations for several weeks before purse bids were called for the mandatory defence which were won by Frank Warren. Legal battles rumbled on after the fight was confirmed with Whyte remaining silent after being unhappy with contractual details.

However the pair came face-to-face twice on fight week at the press conference and weigh-in, and opted to remain peaceful despite their long-term feud. Whyte now faces an uncertain future after his defeat but has demanded a rematch with Fury, after claiming the stoppage was illegal.

Do you think Tyson Fury should retire? Let us know your verdict in the comments section below

The 'Body Snatcher' could be forced to chase domestic tests to regain his momentum and may even sign a fresh contract with a new promoter after remaining a free agent for the fight with Fury.

Meanwhile Fury could choose to make a 'comeback' if Anthony Joshua defeats Oleksandr Usyk in their July rematch, with the potential of a meeting for the undisputed titles. He also made a remarkable U-turn on his retirement, by claiming he would return to face Francis Ngannou in a crossover bout.

A win for Joshua would place him in pole position to meet Fury with the pair having agreed to fight each other last year, before Deontay Wilder earned a meeting with the 'Gypsy King' for a third time via court arbitration. Fury's wife Paris claimed that a unification clash against Joshua would likely be the only option that would entice the star out of retirement. 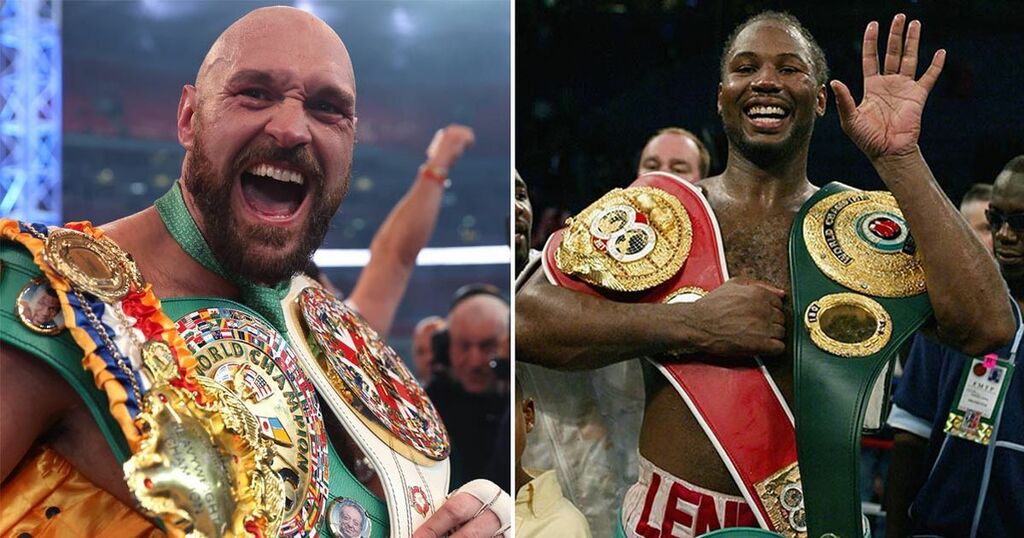 Promoter Hearn has doubled down on his prediction that Fury will not retire from boxing, and expects 'Gypsy King' to…