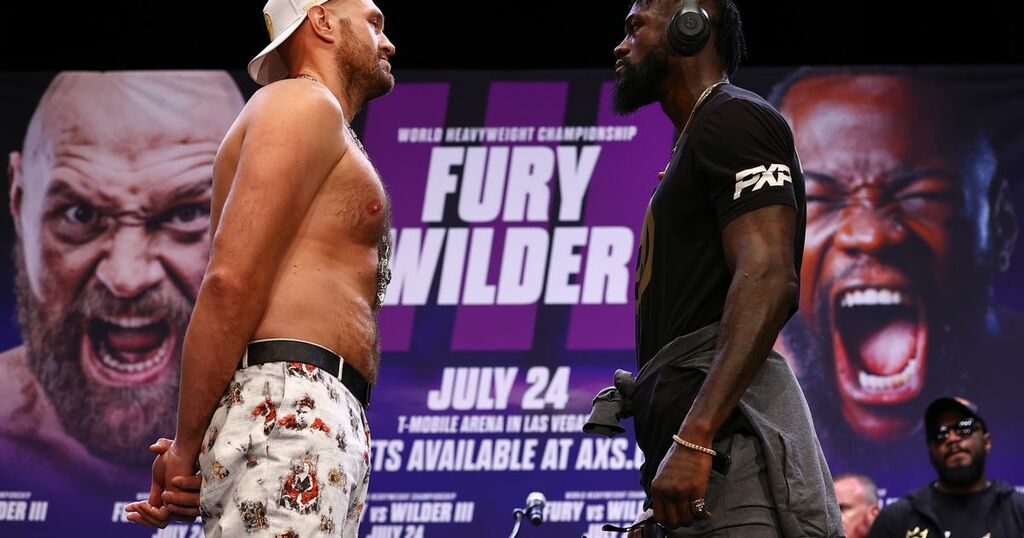 Tyson Fury has an opportunity to cement his position as the outstanding heavyweight boxer in the world when he (finally) fights Deontay Wilder for a third time on Saturday night.

Unlike either of the previous encounters, the Gypsy King goes into the Las Vegas showdown, which was originally scheduled for the summer of 2020, as an overwhelming favourite with the bookies after stopping the Bronze Bomber in the seventh round at the MGM Grand in February of last year.

Fury is just 33/100 to inflict further misery on Wilder, who hit the canvas twice before his team threw the towel in second meeting, and there appear to be very few observers that give the American any chance of exacting revenge despite still having one of the strongest punches in the sport.

Both fighters have been on the canvas in the previous two bouts and Wilder probably doesn't have the ability to win this in any way other than by knocking Fury out. Wilder had an unbelievable 100% KO rate prior to meeting Fury and is renowned as one of the hardest hitters in the sport's history so it's by no means out of the question that he puts Fury on the canvas in the same way he did in the first fight. Of course, that might not be enough to get the American over the line.

If you think that Deontay Wilder can stun the boxing world then why not take advantage of Grosvenor Sport's 3/1 about the American winning by KO.

Fury doesn't have the power-packed punch of his opponent but he's a much more rounded fighter who is surprisingly mobile for a man of his size. The two-time world heavyweight champion won't want this to go all the way but that doesn't mean that he'll come out swinging and leave himself open to a lucky shot from Wilder.

Wilder may well approach this fight with a little more caution by using his jab and trying to control distance to a much greater degree than last time, but Fury's superior boxing skills should enable him to start picking Wilder off as the fight progresses.

Unless Wilder unleashes an early bomb, this feels like a fight that will be won in the second half. With that in mind, Tyson Fury to win in rounds 7-12 rates a decent wager at 12/5.