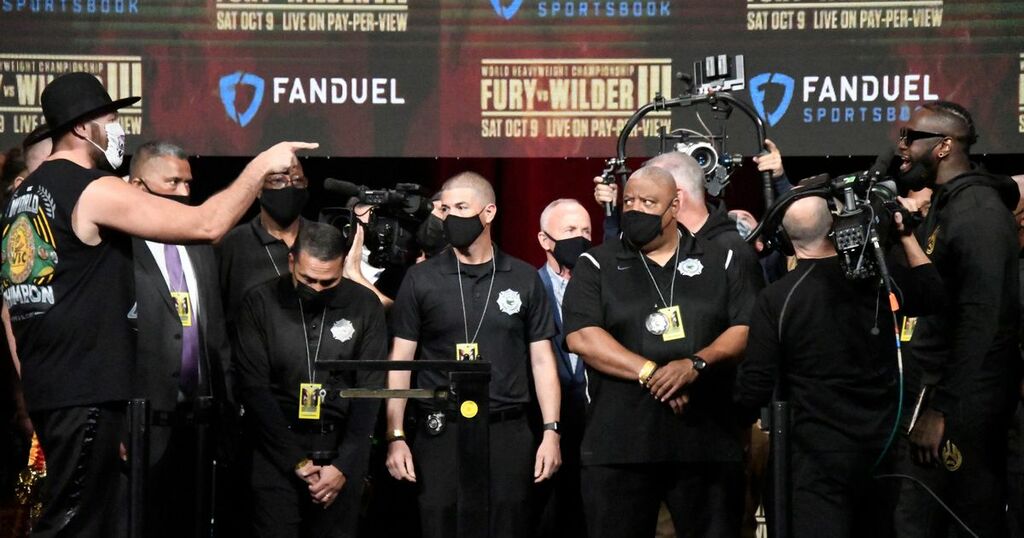 Tyson Fury and Deontay Wilder will earn as much as $18million (£13m) from their trilogy fight tonight.

The heavyweight rivals will split a $10m purse between them, although Fury will make 60 per cent of it, or $6m, while Wilder will take 40 per cent, or $4m per their rematch clause from fight one.

The first fight of this contract, their second overall, was split 50/50, with the intention being that the rematch would see the winner tipping the split 60/40 when it eventually happened.

It's a far cry from the $100m Fury stood to make from an undisputed title fight with Anthony Joshua in August, which was set before an arbitration ruling forced him to fight Wilder.

Fury and Joshua were going to compete in Saudi Arabia on August 14, but Wilder was awarded a trilogy bout when he took his rematch clause to court.

Fury and Wilder initially fought at the Staples Center in Los Angeles in December 2018, where Wilder made $4m and Fury was given $3m.

The fight saw Fury put in an incredible boxing showcase, dominating the majority of the bout with his speed and elusiveness in a performance that many felt earned him a win.

But he was dropped twice late in the fight, including by a punch that almost stopped him in the twelfth, and the fight was scored a split decision draw.

And after a number of fights on either side, with Wilder facing Dominic Breazeale and rematching Luis Ortiz while Fury took on Tom Schwarz and Otto Wallin, the rematch was finally made for February 2020.

Who wins this fight, Tyson Fury or Deontay Wilder? Let us know in the comments section!

In that February rematch, a mutual rematch clause was put in the contracts, guaranteeing that there would be a trilogy fight between these two heavyweight rivals.

Fury didn't leave the second fight up to the judges, changing up his training team from one headed by Ben Davison, a more conservative boxing coach, to SugarHill Steward, who helped him to impose the Kronk Gym's more aggressive style.

This style change was criticised in the build-up, with many feeling that Fury should once again try to outbox the American, who is more of a raw puncher.

But Fury persisted, and walked towards Wilder throwing heavy punches early, and landing a massive knockout victory in the seventh round.

He dropped Wilder twice himself in the third and fifth rounds, before it was eventually stopped when Wilder's coach Mark Breland threw in the towel.

This move caused Wilder to ultimately sack Breland, believing that it was the wrong decision to stop the fight at the time despite the fact he was being stopped, and was unlikely to land one of his notorious right hands.