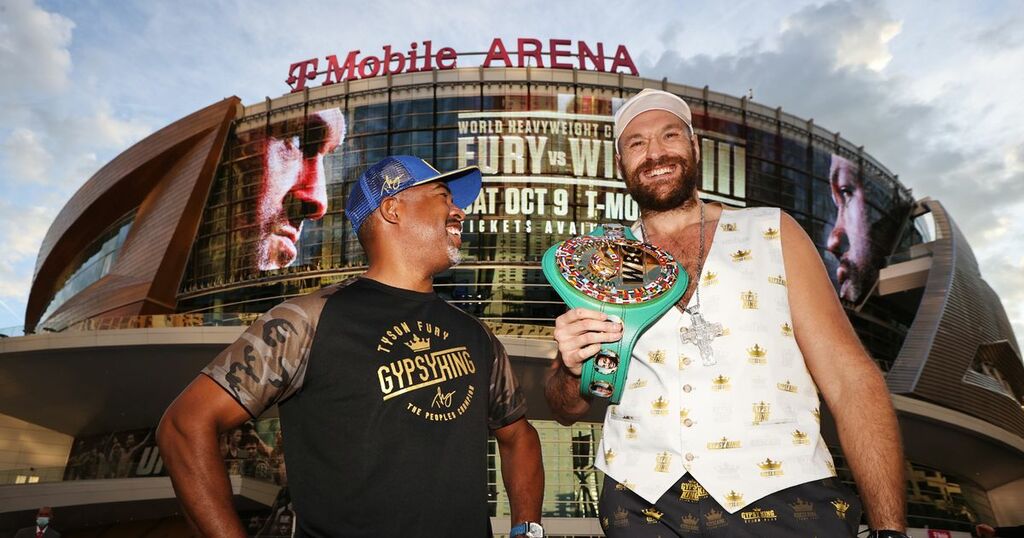 Tyson Fury is considering prolonging Deontay Wilder's punishment before delivering a concussive end to their rivalry.

The heavyweights will clash for a third and likely final time in Las Vegas this weekend with both men promising an early night.

And Fury wants to make Wilder quit before the seventh round which brought about the end of their second instalment last year.

"I am going to knock him out, quick time," he said at his official arrival in Sin City last night.

"When we first crossed paths I thought he was a good, man, fighting for his kids and all that but now I know he is a right piece of work.

"For that I might do it slow, I might take my beating him up and make him quit. I might force him to say, 'no mas'."

Fury and Wilder fought to a draw in 2018 when the Brit twice clambered off the canvas before the judges denied him victory.

Fifteen months later Fury delivered on his promise to take the fight to the world champion when he stopped Wilder in the seventh round.

And he is confident a second victory will bring the curtain down on Wilder's career.

"This is a do-or-die fight for Wilder, when I beat him he is finished, it is all over for him," he added.

Wilder and Fury made their traditional entrances outside the T-Mobile Arena which will host the third leg of their rivalry.

But the lacklustre crowd which gathered perhaps indicated the lack of appetite for another showdown between the pair.

Wilder stuck to his script with his prediction, however, saying: "I see me beating him up and then knocking him out.

"There were a lot of things I visualised in the first fight and the second but I didn't execute the gameplan.

"This is a different feeling, all the way round, just the surroundings, the atmosphere and the energy as a whole. I'm looking forward to putting on a great performance."