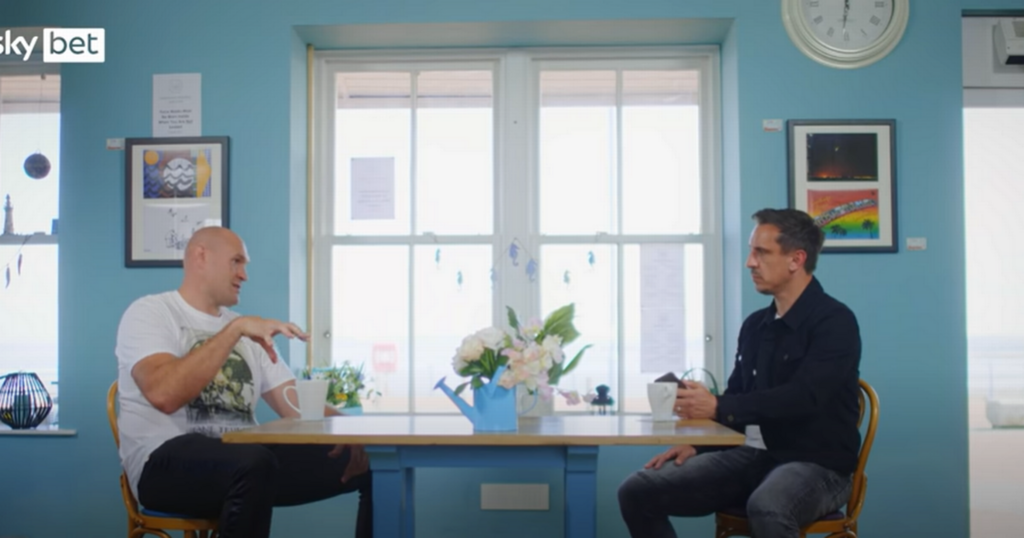 Tyson Fury has slammed Anthony Joshua's promoter Eddie Hearn, questioning what he has achieved during his career.

The Gypsy King is on a collision course for a future bout with AJ which, if all goes to plan, will be a unification bout for the pair's heavyweight titles.

Plans for the fight to take place this summer were halted when an American judge ruled Deontay Wilder could have his trilogy bout with Fury, which takes place in Las Vegas on October 9th.

Amidst all the build-up to those two fights, tension between Fury and AJ continues to bubble away underneath the surface.

Plenty of talking has been done by Hearn, who this week expressed his confidence that AJ would be victorious, but he's been slammed by Fury.

"He had the opportunity to sign me, I believe he said in one of his interviews that it's the biggest regret of his life that he didn't sign the Gypsy King up," he told Gary Neville's The Overlap.

"Eddie Hearn, he's a proper southern w*****. I don't know if you can say that on your show, can I say that? I love to terrorise him because he loves to talk s*** about people that he's got nothing to do with.

"All he's ever done is talk rubbish about me because he knows he gets hits and viewing figures on his interviews. At the end of the day, what has he ever achieved in his life? He's never been a boxer.