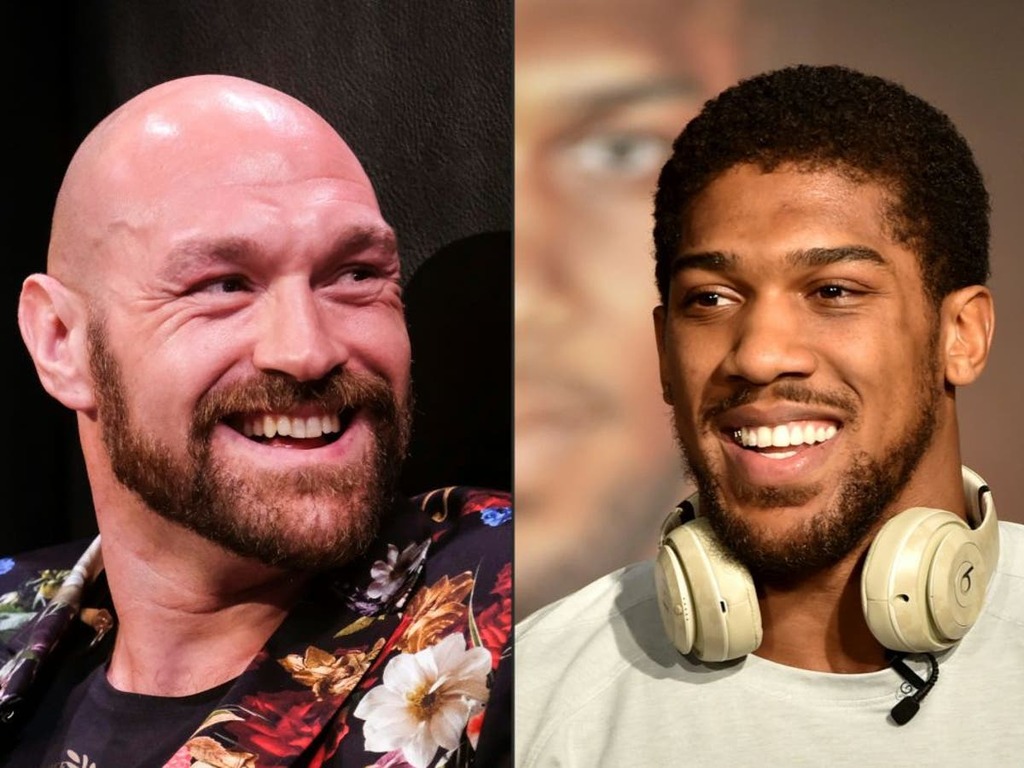 Tyson Fury has revealed a confrontational phone call he had with heavyweight rival Anthony Joshua, a man he describes as a “bully”.

WBC champion Fury, 33, is set to face American Deontay Wilder for a third time in Las Vegas on 9 October.

Providing both Brits win their respective fights, there is an expectation that they will meet for all the belts in 2022.

Fury and Joshua looked set to meet back in August after they signed to fight in Saudi Arabia, but those plans were scuppered due to an arbitration ruling that provided Wilder the contractual right to a trilogy bout.

But that has not stopped the trash talk from continuing between the two British world champions, with Fury the latest to take aim at Joshua.

He told The Lowdown: “I have definitely encountered the true Anthony Joshua. Not a nice person, sort of a bully. Someone who thought he was gonna put the bluff on me. That’s what type of person he is.

“I once had the opportunity to see the real ‘Femi’. He phoned me up one day in a mood to say he was gonna do this to me and do that to me.

“It didn’t fare too well for him, let’s just say that. Just out of the blue. He decided to give me a call, a telling off call. I don’t think he liked what he heard on the end of it.

“There’s be no telling me off anyway. I just told him the truth and the truth always hurts.”