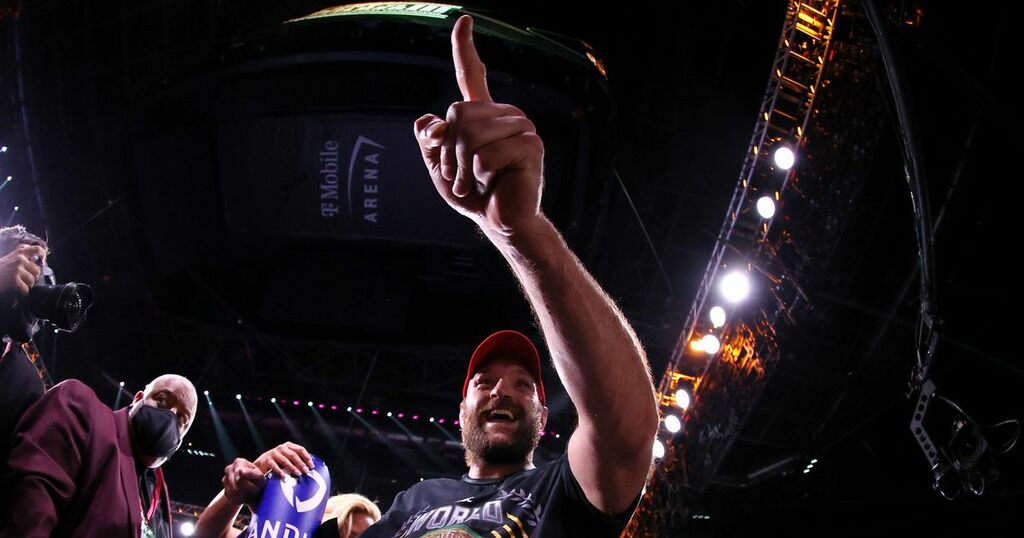 Tyson Fury's future remains uncertain after the WBC did not order a mandatory defence against Dillian Whyte, as was widely expected.

The WBC declared on Tuesday that they cannot order the fight due to an ongoing legal dispute with Whyte, stemming from his frustration at not getting his title shot.

Fury remains determined to become a unified champion, as he looks to face either Oleksandr Usyk or Anthony Joshua next year, but with a rematch between the pair going ahead, has to wait.

That means he's likely to face an alternative opponent early next year in order to remain active and, with Whyte appearing to be off the cards, there's a number of potential opponents the Gypsy King could face instead.

Joe Joyce is the WBC silver champion, as well as holding the Commonwealth and WBO international heavyweight titles, and was previously touted as an opponent for Oleksandr Usyk during the time when it appeared Fury vs Joshua was going ahead.

The unbeaten 36-year-old is the mandatory challenger to the WBO belt, currently held by Usyk, but his shot seems a long way off as the rematch with AJ and a potential unification bout look to be next. On top of that, the WBA and IBF mandatories are set to be called first.

Joyce could, therefore, eye the WBC title as a more immediate path to heavyweight glory and a fight would be a stellar one, with Fury himself identifying his fellow Brit as a future heavyweight champion.

A woeful rematch defeat to Anthony Joshua in 2019 knocked Andy Ruiz Jr's career out of rhythm but he has started to make his way back in the years since, making his long-awaited return in May against Chris Arreola.

The Mexican won via points decision but was hurt and dropped by Arreola during the fight. He's keen to get back into the ring in the New Year, which is a timeframe that could work well with Fury's own plans.

Ruiz Jr has namechecked Fury as a future opponent, with the possibility of a fight rising as opponents like Adam Kownacki, Charles Martin and Luis Ortiz look to be unavailable.

The New Zealand fighter is ranked well across the governing bodies and 2022 could be a big year for Parker, who has undergone a rebuild following back-to-back defeats to Anthony Joshua and Dillian Whyte in recent years.

A narrow victory over Derek Chisora in May put Parker back in contention but the potential of a fight with Fury largely hinges on the outcome of the pair's rematch, which is set to take place in December - but a win there may make him a viable opponent.

However, the main sticking point would be the fact that he is very close friends with Fury, currently training together in Morecambe, and they may be reluctant to face off.

Tyson Fury and Derek Chisora have fought twice before and, while a trilogy bout seems unlikely to take place at this time, it's certainly not beyond the realm of possibility and Fury himself as declared his desire to face off against Chisora again before retirement.

Should Chisora beat Parker, he'd be in a solid position in the rankings to get a fight with Fury and a third bout between the pair would be a very marketable one for the Gypsy King's first fight on UK shores since 2018.

It would be seen as a poor fight though, with Fury comfortably beating Chisora in both of the previous meetings, and would widely be seen as many as a placeholder fight purely to keep Fury active - which Chisora may not like.

With Tommy Fury set to go toe-to-toe with Jake Paul next month, Logan Paul has been very active in promoting his brother's fight and has called out Tyson Fury himself - a fight that, if it were to happen, would bring a huge payday.

Logan Paul has previously faced Floyd Mayweather in an exhibition bout and has been heavily linked with a similar clash against Mike Tyson, who himself has confirmed his intention to return to the ring.

A bout for Fury against Paul is extremely unlikely, as there is no need for Fury to promote himself in such a bout, but he is known to like a performance, shown with his previous WWE appearance, and it could be appealing.