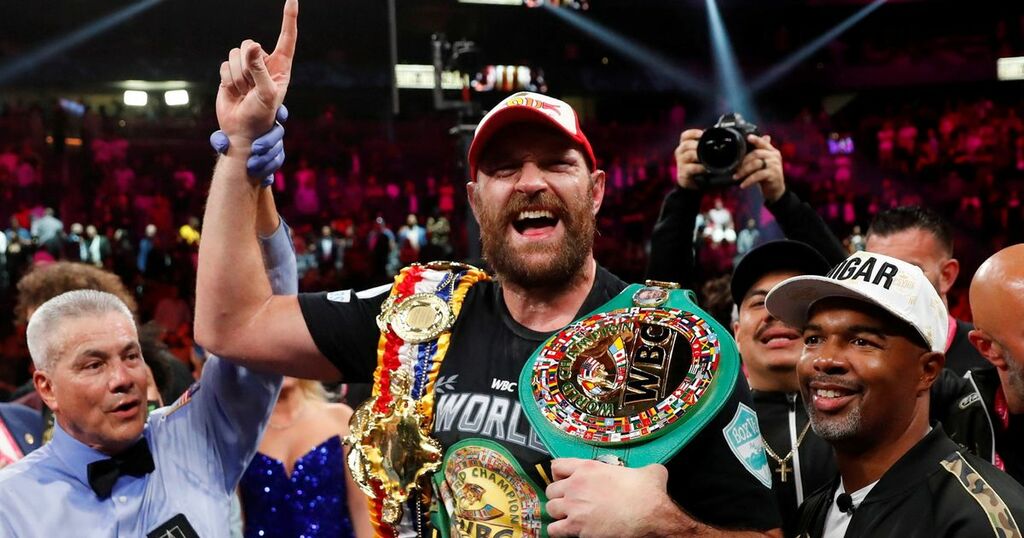 Tyson Fury has been handed a 45-day medical suspension after his knockout win against Deontay Wilder.

Fury rallied after being knocked down twice to stop Wilder in the 11th round of their trilogy fight in Las Vegas and has simply been asked to rest for six weeks for his efforts in his gruelling title defence.

Wilder was taken to hospital after the fight and discharged late on Saturday night but will need to undergo surgery after breaking his middle finger on his hand during the fight.

A six-month suspension from the Nevada State Athletic Commission means Wilder will not be permitted to fight until April 8, unless his injury is cleared by a doctor.

Wilder's manager Shelly Finkel gave an update on his injury and discussed when he could return to the ring.

He told The Sun : "Deontay broke his right hand behind the third knuckle and he has to have that fixed next week.

"He has to have surgery, the knuckle is ok, it’s the bone behind the knuckle that broke. He’s sore but he was ok, he was home yesterday.

“He’s healing and at this point, if everything is ok, after the hand surgery he’ll probably look to enter the ring mid next year, like April or May."

Fury will likely face WBC mandatory challenger Dillian Whyte in December after defending his belt against Wilder, but his domestic rival first needs to beat Otto Wallin on October 30.

A potential fight for Wilder upon his return is a clash with fellow heavyweight knockout artist Anthony Joshua.

But 'AJ' is currently focused on avenging his loss to Oleksandr Usyk next spring after being outpointed by the Ukrainian last month.

Matchroom Boxing's Eddie Hearn has labelled a potential Fury vs Whyte fight as "huge" for British boxing, but Fury's father isn't a fan and would rather his son wait to fight Usyk.

What were your thoughts on Fury's stoppage win against Wilder? Let us know in the comments section below

The WBC will order Fury's fight with Whyte in 30 days, but Whyte is unsure if Fury will take the fight.

He told Sky Sports News : "Fury has the belt. Wilder had the chance to fight me for three years but didn't.

Hopefully now the WBC forces my position and Fury has no choice. It's a massive British fight, a major fight for Britain.

"Fury is an unpredictable man who might say: 'I am done!' "I hope we can make a fight when I get past Wallin. But Fury is a difficult guy to plan. I haven't heard a word from him about making a fight."

Fury returned to the UK on Tuesday to spend time with his dad and six children in Morecambe, with the Brit taking a 244-mile journey home from Heathrow Airport.