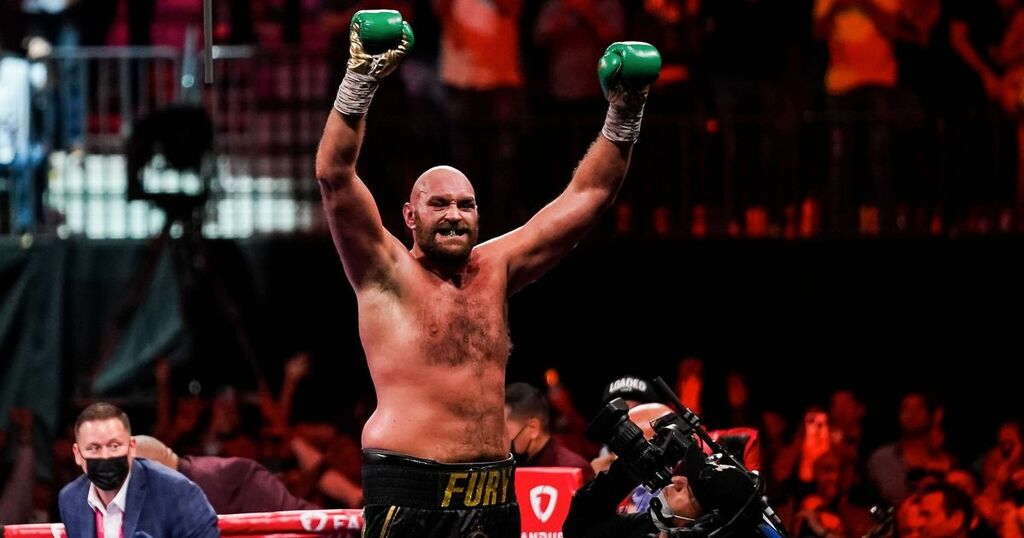 Carl Froch has admitted Tyson Fury could retire from boxing after his victory over Deontay Wilder in Las Vegas.

The 'Gypsy King' produced another mesmerising display to stop Wilder at the T-Mobile Arena in the early hours of Sunday morning.

And it will go down as one of best modern era clashes, with Fury recovering from two knockdowns in a brutal battle.

But the former champion has admitted he wouldn't be "surprised" if Fury was to hang up his gloves after another glorious night.

"As a boxing fan, I want to see Usyk take on Fury. I don't think he can do it - I think Fury is too big, too clever for him."

Fury was dominant once again, picking up his second consecutive victory over his American foe.

And he will be set to return to the UK after partying in Las Vegas, to ponder his next move in the heavyweight division.

But the 33-year-old has already been heavily linked with facing a mandatory defence against British challenger Dillian Whyte.

HAVE YOUR SAY! When will Tyson Fury retire? Let us know your prediction below

Although he first must progress beyond a stern test against Otto Wallin at the end of the month.

However Fury's father John has no interest in seeing his son face Whyte, and has instead encouraged him to pursue Usyk.

“In my idea, it’s Oleksandr Usyk next, or nothing,” Fury told talkSPORT. “I wouldn’t bother with the rest of them, they’re not in Tyson’s class. Would Dillian Whyte deal with Deontay Wilder? No.

“So why put him in with my son and get him knocked out?”

The father of the lineal heavyweight champion also told Mirror Sport that the Ukrainian would be "scared" to fight the undefeated Briton.

“Usyk is more scared of Tyson than you will ever know because he knows how good he is,” he told Mirror Sport .“It’s all about what AJ does next, does he go straight into the rematch with Usyk?

“Tyson doesn’t care who’s next and he’ll fight anyone. He fears no man because he knows he has the beating of them all.

“He had those three belts before he had to give them up because of his problems. He never lost them in the ring and he regards them as his. He wants them back and he will fight Usyk or Joshua, whoever he needs to get them.”

Eddie Hearn has called for Fury's next move to be against Whyte, and wants to bring the heavyweight champion back to the UK.