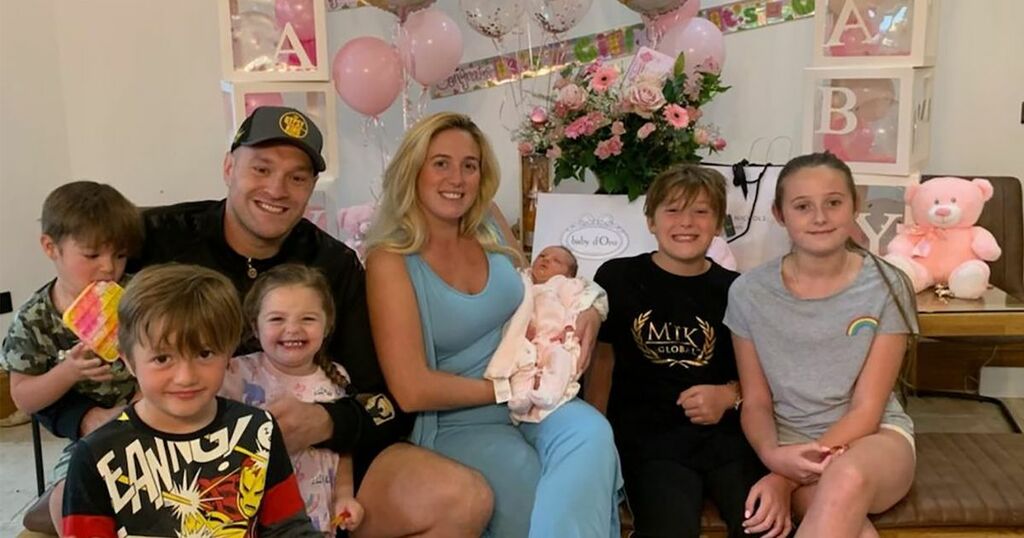 Tyson Fury moved his training camp for his trilogy bout with Deontay Wilder from Las Vegas to Morecambe after concerns over his newborn daughter's health.

Fury will make the first defence of his WBC heavyweight title when he fights Wilder for the third time on October 9 in Vegas.

The trilogy was originally scheduled for July 24 but was postponed after Fury tested positive for Covid-19.

Along with battling coronavirus, Fury had to delay his training camp because his daughter was forced into an intensive care unit shortly after her birth.

And to be closer with his family as his daughter recovers from illness, Fury decided to move his fight preparations to Morecambe instead of Vegas.

He told iFL TV : "I had a lot going on with the baby, a lot with the pregnancy and that. It's been a lot of stuff going on at home so I needed to be here, Paris [his wife] couldn't cope on her own.

"I'm here now and I go away in two weeks to go to America. Which will give me three weeks over there and it'll be ok.

“She [Athena] is alright, we have had a tough time over the last month or so, and it’s been hard for the family. She's over it now and back to being one hundred percent good now.

Fury and Wilder first fought to a controversial split draw in December 2018.

The two would later meet in February 2020 when Fury handed Wilder his first professional loss by way of a seventh round knockout.

Fury was signed to fight British rival Anthony Joshua on August 14 in Saudi Arabia, but an arbitration judge ruled that Wilder was entitled to a trilogy with Fury which scrapped the highly-anticipated unification bout.

Who wins the trilogy between Fury and Wilder? Comment below

Joshua will now defend his WBA, IBF, WBO, and IBO heavyweight titles against the undefeated Oleksandr Usyk on September 25.

And Fury explained that his Covid-19 diagnosis earlier this year was not the first time he caught the virus.

He continued: “That’s the second time I have had Covid now, I had it back in the first lockdown and then I got it again.

“Covid is no joke that’s for sure, I didn’t feel I was totally dying at that point but I certainly wasn’t going to get cleared to fight because I was still positive.

“This virus has killed people all over the world and it is no joke, so people can believe what they want to believe.

“It is just opinions of sheep it doesn’t matter to me, I don’t give a f*** what they believe to be honest.”