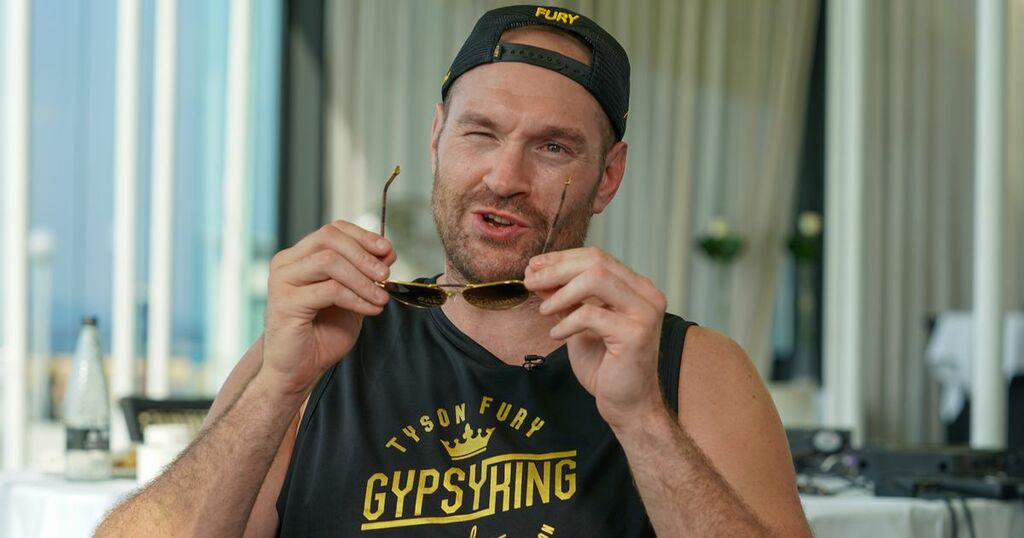 Tyson Fury's first fight after his Deontay Wilder trilogy will take place in the UK, but it won't be against Anthony Joshua.

The world heavyweight champion will finally have his third fight with Wilder in Las Vegas on October 9 after almost two years out of the ring since their rematch in February of last year.

And despite fans clamouring for an undisputed fight between he and Joshua, Fury has said that he wants to defend his belt against Dillian Whyte later this year, before taking on Joshua in March of next year.

Fury has promised British fans two fights in his home country, before taking a break after five fights between October of this year and the end of 2022.

“I have a bucket list for my next four fights after Wilder,” Fury told BT Sport. “I’m going to have a December fight because Joshua won’t happen then.

“It will be Wilder October 9, Whyte in December in a stadium somewhere when I will shut him up - that's an easy one!

"Then it's Joshua in March in Saudi Arabia, then a rematch back here in Wembley."

And Fury has even promised another trilogy to his former rival Derek 'Del Boy' Chisora, over whom he holds two wins from his career before becoming a world champion.

"Then I will fight Chisora in my fifth and final fight," Fury continued. "That takes me up to about two years.

“Wilder October 9, Whyte in December, AJ in March in Saudi, bodybuilder rematch in September and then good old Del Boy to finish it off.

“Then I might take two years off, go nuts again and then come back at 37 and do it all again because you can’t write me off.”

Fury hasn't fought in the UK since signing with ESPN after his initial draw with Wilder in 2018, having had just two warm-up fights in Manchester and Belfast before fighting for the title.

And he wants to return to a stadium show later this year, with Whyte the ideal opponent, given his position as mandatory challenger for his WBC belt.

“It’s been a long time since I boxed here in Britain and I want to do a stadium fight.

“Let’s hope Whyte doesn’t start asking for silly money that doesn’t exist because he will lose the fight."

Whyte's promoter Eddie Hearn has called on the WBC to strip Fury of his world title should the Wilder fight be delayed from its October 9 date.

The Londoner has been the number one contender to the belt for a number of years, and recently won his interim title back from Alexander Povetkin.

“Fury has not boxed since February 2020," Hearn said. "And if he doesn’t box in October then it will be almost two years since that title was defended.

“I think he needs to fight because otherwise he needs to be stripped of the title or made champion-in-recess.

“Dillian Whyte has been sitting there as interim champion, desperate and deserving of a shot.

“I appreciate the two-year absence is down to the pandemic and the problems but, when it gets to two years and everyone else has managed to fight, something has got to happen.”

Whyte and Povetkin have fought each other twice since Fury's last outing.