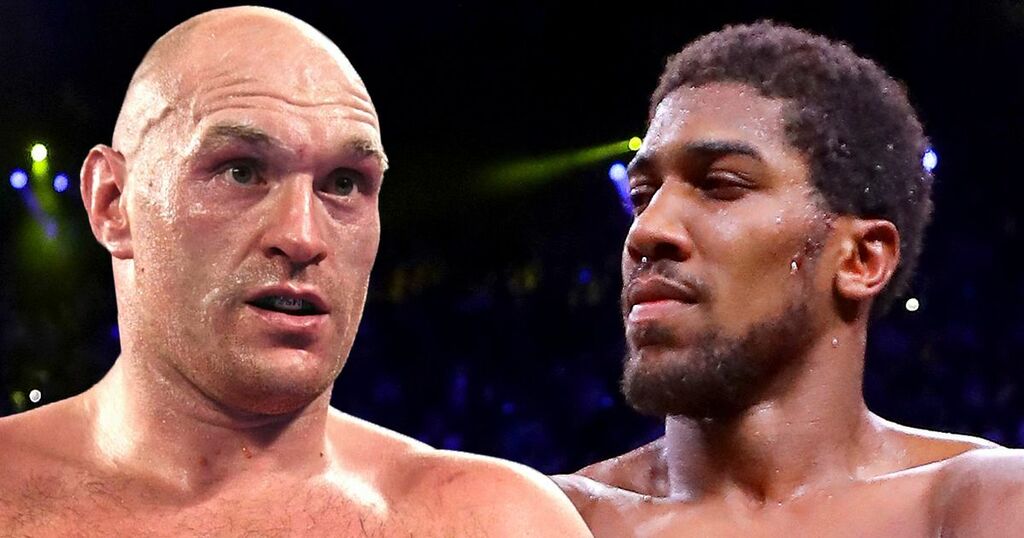 Tyson Fury has branded British rival Anthony Joshua as having a fake character as the pair to continue to wrestle for heavyweight supremacy.

The pair were set to meet in an undisputed clash this summer, but the fight plans were derailed after Fury opted to fight Wilder in an enforced trilogy bout instead of pay him step-aside money.

Fury hasn't fought since February last year as he looks to end his ring hiatus, but has been heavily involved in several rivalries including his pursuit of YouTube star Jake Paul with brother Tommy Fury.

But the 'Gypsy King' has reignited a feud of his own by questioning rival Joshua's "fake character" despite admitting he has "respect" for the 31-year-old.

"He's been filtered, media trained… I don't need to change. He's had to change his image, so I'd almost call that fake, a character," Fury told The Overlap. "Sometimes he comes out of his shell and shows the real him, and he gets in big bother for it.

"I respect any boxer that gets in the ring, firstly because of the boxing side of things as a fellow competitor.

"But I also respect him because he has come from a rough background on a rough estate, through the drug dealing and all that sort of stuff which is an incredible achievement to become a champion.

Fury and Joshua have previously been on speaking terms during their successful years rising to the the top of the blue-ribbon division, even shown video-calling during the 'Gypsy King's' documentary.

But Fury believes that any "hate" between the pair is what he can see through, and went on to highlight the importance of Joshua in the sport.

"He has changed his whole stars to earn a tonne of money and become an ambassador for the sport," Fury continued. "He has changed his full family's life and the way they were gonna go, and he could have ended up in jail I don't know what else he was doing.

"But I see through all of that stuff saying he hates me, and I am his worst enemy but I have hardly met the guy, I think he loves me really.

"He used to be a fanboy of mine, he used to follow me on Instagram and Twitter, but as soon as he became a boxer and a famous superstar he unfollowed me and pretended he hated me.

"I have done in the sport exactly what he would want to do and all the things he hasn't yet done."

Fury has claimed that he would be willing to "ditch the belts" in order to pursue a clash with Joshua, which 'AJ' also himself concluded as the pair could be forced into further mandatory challenges.

But Fury also was "never optimistic" that the undisputed fight could happen, and has also claimed that Joshua's promoter Eddie Hearn has kept the pair from fighting "for ten years" despite a deal being agreed last year.