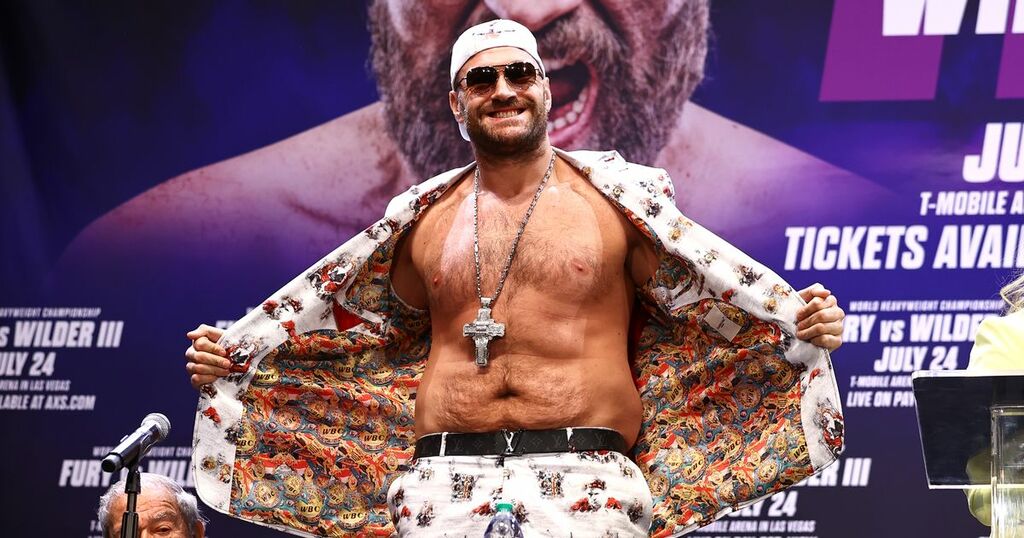 Tyson Fury will overcome Deontay Wilder in next month's trilogy bout but could face a delay in facing Anthony Joshua, US heavyweight Michael Hunter has said.

The Gypsy King and AJ are on a collision course for an all-British showdown and a unification bout, which was originally due to take place in the summer.

But an American judge ruled Wilder could first have his rematch with Fury, which will take place on October 9 in Las Vegas.

That also led to a change in Joshua's schedule, with a fight arranged against mandatory challenger Usyk - a final hurdle before a potential fight with Fury.

Both Wilder and Usyk are the final obstacle for Fury and AJ to overcome respectively before the bout, which has been hinted to take place in December.

Fury is not expected to face any problems in his fight with Wilder, according to Michael Hunter, who believes the Manchester fighter will edge the bout.

“I think Fury edges it out once again. Similar to their first fight without Fury getting dropped,” he told World Boxing News.

But the planned fight with Joshua could be set for a delay as Hunter has predicted that Usyk will emerge triumphant against the Brit.

He added: “I think Oleksandr Usyk beats Anthony Joshua. I think he is the better boxer. But I think Joshua is just now learning some of the basics of boxing at the highest level."

Joshua faces Usyk on September 25 at the Tottenham Hotspur Stadium and has a rematch clause in the event of a defeat.