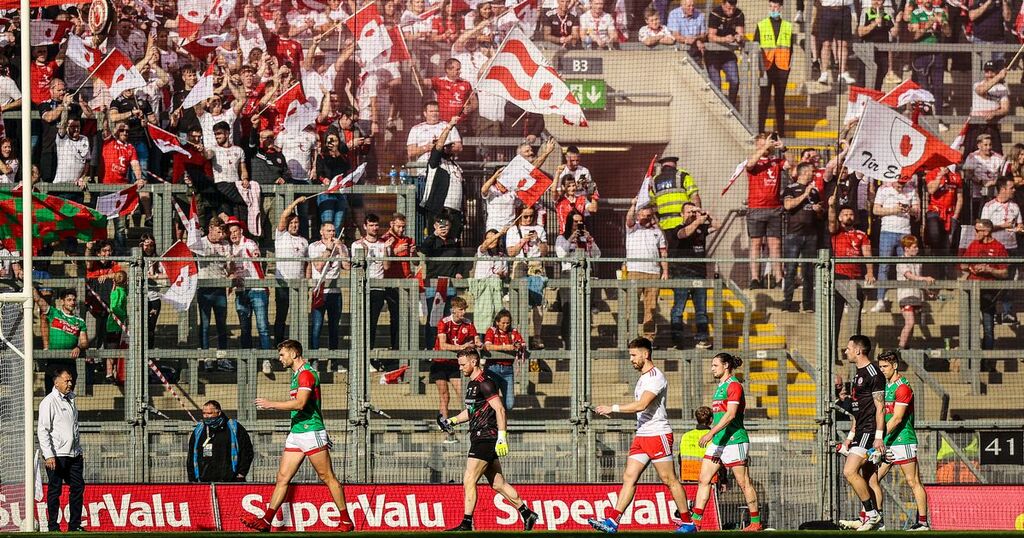 Tyrone won a thrilling final in Croke Park against Mayo as James Horan's side lost yet another final.

Second half goals from Cathal McShane and Darren McCurry sent Tyrone into dreamland as they won their first All-Ireland final since 2008.

He said in Croke Park: "Tyrone fans, if you head off into the night to celebrate this wonderful occasion please remember the pandemic is still not complete and as we head into the most important part of the GAA calendar and club championship we need to be very vigilant"

It was another devastating blow for Mayo as they lost their sixth All-Ireland final since 2012.

A Tyrone time in their first year under Brian Dooher and Fergal Logan were deserving winners.

Mayo only had themselves to blame as they missed a number of key goal chances in the first and second half including a penalty.

And it was Cathal McShane's goal that put daylight between the sides before Darren McCurry effectively ended the game as a contest.