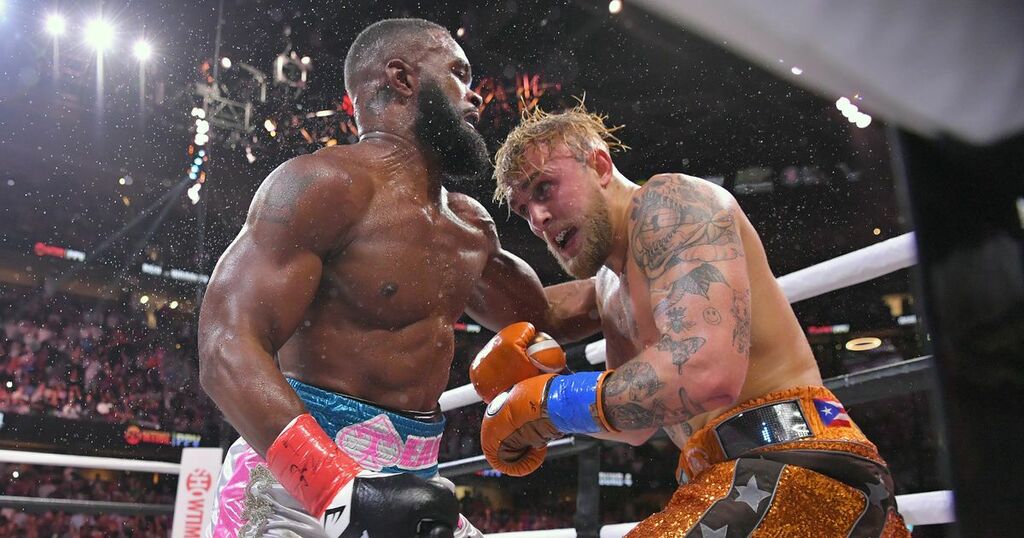 Tyron Woodley has claimed he didn't take a drug test before or after his fight with Jake Paul - despite turning in a negative result.

The pair's August 29 bout was marred with controversy over the lack of testing in the build-up, but the Ohio State Athletic Commission has confirmed testing did take place and that both fighters passed.

But Woodley has disputed this on Instagram alongside emojis of a cap, indicating a lie. "What did they test us for? Because it wasn't PEDs," he wrote.

The Ohio State Athletic Commission told Mirror Fighting: "Both fighters took a pre-fight drug test and both fighters passed it," a spokesperson said.

Paul defeated Woodley by split decision in what was the former UFC champion's boxing debut, although the judge who awarded him victory has been widely criticised.

And despite the duo seeming to agree to a rematch in the ring, Paul looks more likely to fight Tommy Fury or Anderson Silva next, with the Woodley bout falling by the wayside.

They had agreed to a bet before the fight that the loser would get a tattoo proclaiming their love for the winner, and even had a famous tattoo artist in the arena.

But Woodley refused to be inked by the renowned 'Tatu Baby' until papers were on the table for a rematch, meaning that he will likely never go through with the bet.

But he handily out-boxed the former UFC welterweight champion, barring one shaky moment in the fourth round where the ropes kept him up after a big right hand.

He is now back at his Puerto Rican training base, where he will resume working for his next fight in the coming weeks.

The Fury fight is being talked about for December, but Paul has said that he is in discussions with a number of different fighters to be his next opponent.

Who should Jake Paul fight next? Let us know in the comments!

Speaking to Ariel Helwani on The MMA Hour, Paul said that he is in talks with a number of top fighters, including Anderson Silva and Vitor Belfort, for his next bout.

"Honestly just from a personal standpoint, I would love for it to be Masvidal.

“Hopefully Dana [White] would let him out of his contract but we’re not sure if that can happen.

"But for me personally, I think that would be the toughest challenge, the toughest guy and the biggest name - the most relevant currently.

"I think that’s the one to make. I think it will happen at some point regardless, but that’s at the top of my list for sure.”