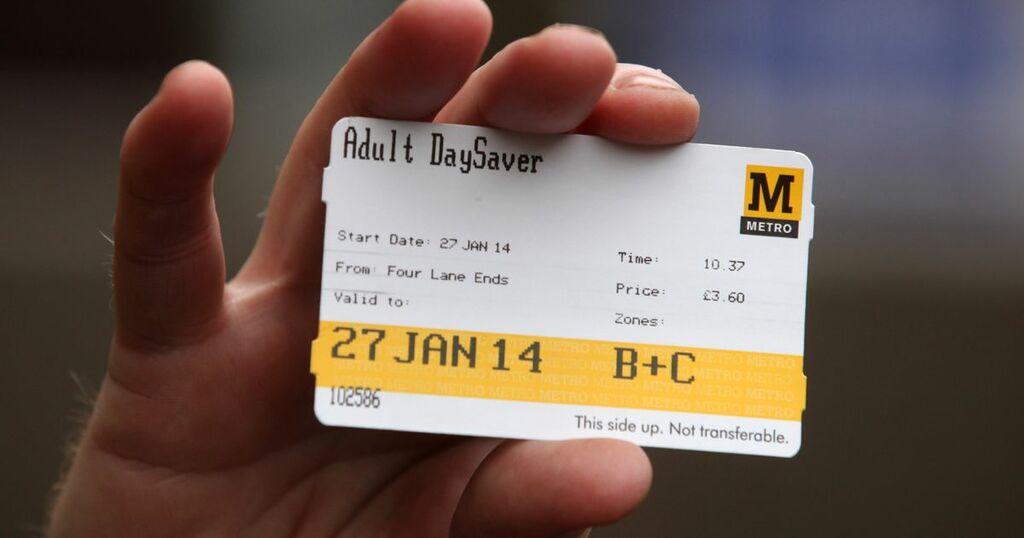 A Metro ticket price increase of up to 9.5% has been signed off by councillors.

Passengers will be hit with the fare hike from April, as Tyne and Wear Metro owner Nexus tries to stave off cuts to services amid a major cash crisis.

The cost of single and day paper tickets bought at stations will go up by as much as 9.5% and the price of weekly, monthly, and annual season tickets will rise by around 3%.

Single and day ticket prices are also set to increase on the Shields Ferry by 10%.

The uplifts were approved by Tyne and Wear councillors on Thursday afternoon, while the Government has been urged again to provide new funding beyond the end of March to save Nexus from a £21m budget shortfall that is expected to mean cutbacks to bus services in particular.

It was also announced at a meeting of the North East Joint Transport Committee’s Tyne and Wear sub-committee that a rare Metro zone boundary change is to be put on hold.

While the cost of paper tickets is going up, there is a way for Metro passengers to dodge the increase.

Prices of single and daysaver tickets are being frozen for people who use a Pop Pay As You Go (PAYG) rather than buying paper tickets.

The cost of corporate season tickets is also being kept at its current level, as are prices on the 19-21 Pop card for young people.

Committee chair and North Tyneside deputy mayor Carl Johnson said that “nobody likes a fare rise” but urged people to sign up for the PAYG option to protect themselves from the pay rise.

On the decision to withdraw plans to move the boundary line, Nexus customer services director Huw Lewis told the committee that there was a need to consult further with passengers and affected communities about the change’s impact.

Liberal Democrats in Sunderland had urged Nexus to rethink the change, claiming that Seaburn passengers were being treated as a “cash cow”.

The changes to Metro fares from April will mean: