By By Lucy MacDonald 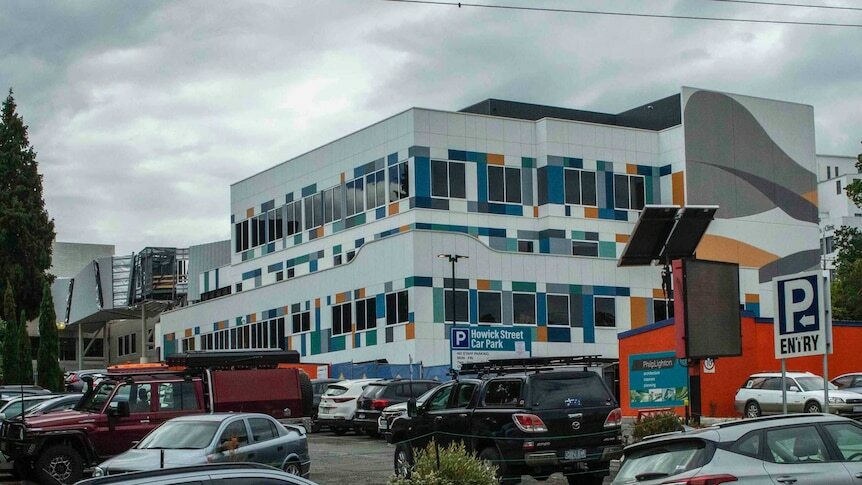 Two teenage girls who were allegedly groomed and sexually abused by a male nurse are suing the Tasmanian Health Service for failing to investigate the numerous complaints against him.

James Geoffrey Griffin worked as a paediatric nurse at the Launceston General Hospital (LGH) between 2009 and 2019. He was a registered nurse for 19 years.

In October 2019, he was charged with multiple child sex offences, but took his own life before facing court.

It is unknown exactly how many people were allegedly subjected to Griffin's abuse, but complaints date back to 1987 and some survivors have gone public.

Last year, Tasmania's Health Minister apologised to survivors and the government announced a commission of inquiry into institutional responses to child sex abuse, which is due to start later this year.

Now, two of his survivors are suing the institution they allege failed them.

The two lawsuits, while separate, are similar.

Documents filed with the Supreme Court in Hobart allege Griffin groomed the girls while they were under his care for eating disorder treatments at the LGH.

"[He took actions] deliberately with the aim of befriending and establishing an emotional connection with a child to lower her inhibitions in preparation for sexual activity," the court documents alleged.

It is alleged this included spending time in their private rooms with the door closed and calling them "baby girl" or "special girl".

It is also alleged that one of the girls was "often heavily sedated for the anxiety", depression and other issues during this time.

Court documents claim Griffin would tell the girls to keep the abuse to themselves, saying things like "don't tell anyone", "that's what friends do", "this is our thing" and "this is our little secret".

Documents allege he "then engaged in a consistent and predatory course of conduct".

This included alleged "fondling" the girls' breasts and bottoms, watching them undress, rubbing their legs up to the vagina area, with one girl alleging he would shower her and touch her vagina.

He allegedly used "the trust and power" he had achieved over the girls to abuse them outside of the hospital — having sleepovers at his house and going camping.

It is alleged he asked one of the girls to "sit on his lap", and when she was, "he would manoeuvre her so [she] was sitting on his genitals". He also allegedly sedated her at a motel.

Complaints allegedly not acted on

The girls say they did complain about his behaviour, but it is alleged that nothing was done.

One statement of claim alleged that one of the girls complained numerous times to the nurse ward manager about Griffin's alleged "inappropriate conduct" and requested a female nurse.

"The hospital did not accept the complaints or act on the request to remove Griffin's access to the [girl]," the document said.

It is alleged the other girl's mother complained to the nursing unit manager that her daughter was "uncomfortable with Griffin as a male nurse".

"The manager responded that male nurses were just the same as female nurses. The hospital did not accept the complaints or act on the request to remove Griffin's access to [the] patient," it said.

Both lawsuits claim the hospital knew or "ought to have known that children at the hospital might be at risk of physical and sexual abuse by Griffin".

The documents also suggest that his alleged "grooming behaviour and inappropriate touching was likely to have been observed" by other staff at the hospital.

"Complaints had been made by staff and other patients about inappropriate sexual conduct of Griffin towards patients in the course of duties," they claimed.

The documents also claim the health service would have been in possession of complaints or at least should have known about them.

They go on to allege that there were at least nine formal complaints made against Griffin since 2009 and that an unknown number of complaints had been made by colleagues and patients about inappropriate touching of children.

The lawsuits claim the Tasmanian Health Service (THS) failed the girls on a multitude of levels, including by failing to act on knowledge of sexual abuse at the hospital, failing to investigate claims of abuse and failing to have any reporting mechanism for abuse.

"Griffin's role with the THS gave him authority, power or control over the [girls] and/or enabled him to achieve intimacy with, or trust of, a child," the documents allege.

"He used his position of power as a paediatric nurse at the hospital to take advantage of the plaintiff who was vulnerable."

The documents claim both girls suffer from post-traumatic stress disorder, major depression and other issues.

They are claiming medical, pecuniary and exemplary damages.

"The abuse involved highhanded, arrogant and contumelious disregard of the [girls'] rights and wellbeing," they claim.

"The defendant's complete failure to monitor activities at the hospital and failure to have any mechanism for the plaintiff to make complaints during her treatment as a minor at the hospital constitutes gross negligence and is deserving of punishment.

"There is a need for the court to demonstrate a disapproval of the conduct of the defendant."

The Tasmanian Health Service is yet to file a defence.

Another survivor, who is yet to launch legal action, said it had been a "traumatic time".

"I want to acknowledge the suffering of every survivor and victim out there, including those no longer with us," she said.

"We are embarking on a horrific, triggering journey with the commission of inquiry and the accompanying media coverage.

"Please know you are not alone. We walk this path together. Be safe at this traumatic time."