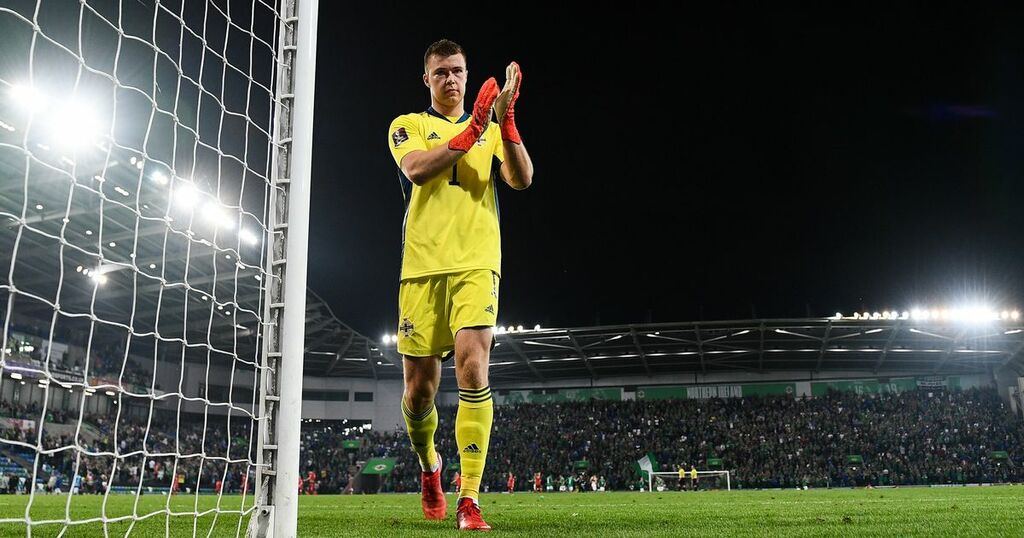 Ian Baraclough gestured to his left in the Windsor Park media interview room on Wednesday night and said: “People get a reputation and he is now in the mind of the opposition.”

A couple of seats away, Bailey Peacock-Farrell, who two hours earlier had saved his second penalty in a week for Northern Ireland, smiled.

It's easy to understand why the imposing Sheffield Wednesday goalkeeper might be inside an opponent's mind at the moment.

And yet his two penalty saves for the national team is only half the story when it comes to the 24-year-old and spot kicks this season. Literally.

Peacock-Farrell, who joined the Owls on loan from Burnley in the summer, has actually come out on top in his last FOUR penalties, all inside 26 days.

As well as denying Switzerland and Lithuania in crucial World Cup qualifiers in the past week, the Darlington-born shot stopper has also been a spot-kick hero for his new club in recent weeks.

He produced a stunning save in a recent win over Rotherham United and also dived the right way as a Doncaster penalty rattled off the post at the start of the season.

“I’ve faced four penalties this season and none have gone in,” he said. “Three saves and one hit the post, although I’ll claim that as a save! I went the right way and if it was on target I’d have saved it!”

Many were surprised that Seferovic and not Ricardo Rodriguez - who scored from the spot in a World Cup play-off in Belfast in 2017 - stepped up, including Peacock-Farrell.

“Looking at the data, I thought he (Rodriguez) was going to take it,” he said.

“When he didn’t step up, you have to get over that hurdle and use any other data you have and also your gut feeling on the pitch.

“I look into a player’s eyes, his body language and you maybe know his previous history, so you compile all that information and come up with the best solution.

“Most of all it’s your gut feeling and how you are on the pitch at that given moment. You use the data, but you also trust yourself to make the right decision.”

Peacock-Farrell says the deafening roar of 16,000 fans after he made his penalty save was as close as he’ll come to experiencing scoring a goal for Northern Ireland at Windsor Park.

“When the noise registers it's some feeling and as close as you can get to scoring a goal,” he said. “It is great to have that noise and that backing in the stadium.”

While Northern Ireland are three points off the Swiss, who lie second in the pool below leaders Italy, Peacock-Farrell insists they still have a lot to play for with four games left.

Next up for Baraclough and his players is a mammoth 'six pointer' with Switzerland in Geneva on October 9.

“We are in a tough group and we have some tough games ahead, but we were up against a good side in Switzerland this week and we matched them,” he said.

“We have to make this point count, take it into the remaining games and possibly take it down to the last qualifier in November.”