Two people diagnosed with 'severe and viral' plague in China

Two people in China were diagnosed with a severe and viral form of the plague, according to reports in Chinese media - raising alarms for citizens despite promises from health authorities that control measures are in place.

Local health officials confirmed the two cases of pneumonic plague on Tuesday, according to Xinhua News, China's state-run news agency. The two patients, who authorities say received “proper treatment,” hail from China's Inner Mongolia Region. Additional information on the patients and their health status was not available Wednesday, and it's not clear when the cases were identified. Officials told Xinhua that “relevant disease prevention and control measures have been taken.”

Caixin, a Chinese financial news outlet, reported that the patients were first treated at the Beijing Chaoyang Hospital, which replaced all of the chairs in its emergency room after the patients' arrival. They have since been transferred to another hospital.

The pneumonic plague is the most serious form of the disease, according to the World Health Organisation (WHO), and the only type that can spread from person to person through the inhalation of respiratory droplets. It is sometimes caused by untreated cases of the more-common bubonic plague, and symptoms include fever, shortness of breath and rapidly developing pneumonia.

But the Chinese Centre for Disease Control and Prevention on Wednesday told Beijing residents not to worry about contracting the disease, according to The Wall Street Journal. In a statement, the agency said authorities were investigating anyone they believe may have been exposed to the patients.

Even though the centre said the likelihood of the plague proliferating further was “extremely low,” residents took to social media with concern, the Journal reported. Some were perturbed by what they considered to be a delayed disclosure from health officials. Many fearful posts about the disease on Weibo, the country's version of Twitter, have been deleted.

Their apprehension was purportedly exacerbated by Li Jifeng, a physician at Beijing Chaoyang Hospital, who said on social media she had treated the two patients on 3 November, according to the Journal. The Wednesday post, which remained online for several hours before it was deleted, indicated that one of the patients was a man who had difficulty breathing and became feverish 10 days before arriving at the Beijing hospital.

He was initially treated by doctors at a facility in Inner Mongolia, but his condition did not improve, Ms Li wrote. The man's wife also developed symptoms, the Journal reported. Acknowledging concerns about the delayed timing of the announcement, Li wrote: “for such infectious diseases, various agencies are working overtime to repeatedly verify, investigate, report and so on, so official notices must be accurate and cannot be sent casually.”

The plague is caused by the bacteria Yersinia pestis, a bacteria typically found in small mammals and their fleas, according to the WHO. The pneumonic plague is more deadly than the bubonic plague, which is rarely spread from person to person.

Symptoms of the pneumonic plague include “fever, headache, weakness, and a rapidly developing pneumonia with shortness of breath, chest pain, cough, and sometimes bloody or watery mucus,” according to the US Centres for Disease Control and Prevention (CDC).

If left untreated, the pneumonic plague is fatal.

More than 3,200 cases of the plague were reported worldwide between 2010 and 2015, and 584 of those were fatal, according to the WHO. The plague, known in the Middle Ages as the “Black Death,” was responsible for wiping out about 60% of Europe's population nearly 700 years ago. In the late 1800s, the disease killed millions in China and Hong Kong, as well as nearby port cities.

Antibiotics have been instrumental in reducing deaths caused by the plague, according to the CDC - though the disease can still be fatal with treatment.

Earlier this year, a couple in Mongolia's westernmost province contracted the plague and died after eating the raw kidney, gall bladder and stomach of a marmot. 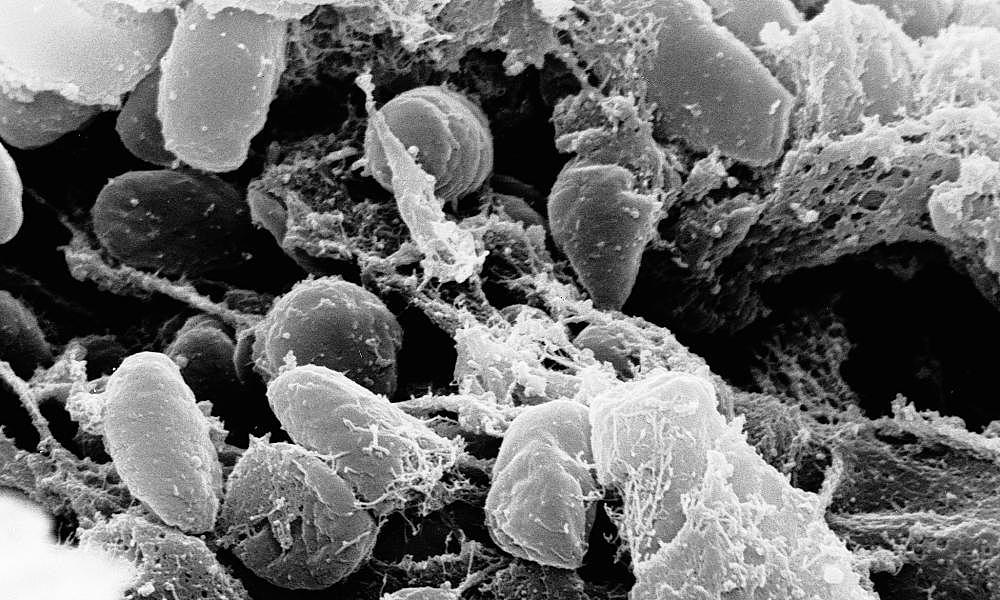