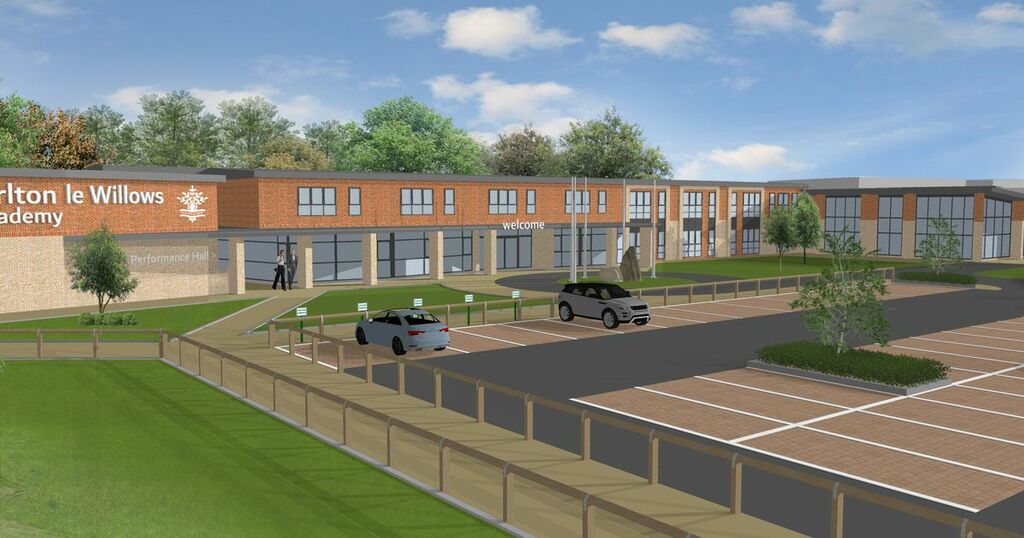 Funding for two major school expansion projects in Nottinghamshire because of increased numbers has been given the green light by the county council.

A meeting of the council's children and young people's committee heard that a project at Carlton-le-Willows Academy in Gedling had increased by more than £3 million, from £10,375,940, when it was first approved last year, to £13,984,719.

The project provides for an additional 28 classrooms on the site, plus additional supporting accommodation and facilities, and the additional pupil places will meet an anticipated shortfall of places in the Carlton secondary planning area.

The original programme was for a start on site in February 2021 with the scheme completed to taking extra pupils from September 2022.

There have been delays due to the Covid pandemic and increased costs from several additional works including: a BT line and a Severn Trent pipeline that need to be moved prior to the new site entrance being constructed; an extra sports pitch; a need to re-route a Western Power supply and also significant cost inflation that is impacting the construction industry nationally.

Approval was given by the committee to increase the funding for the project.

Another scheme, at South Nottinghamshire Academy, in Radcliffe-on-Trent, will include a 10 classroom extension and the reconfiguration of existing buildings at a cost of just under £2 million.

When completed, the school will be able to take an additional 30 pupils in each year, leading to an extra 150 pupils in the school in total.

The scheme is intended to alleviate pressure on school places in the Rushcliffe East area.

The committee agreed to approve the completion of a funding agreement with the Redhill Trust, which runs the school, to provide funding to a maximum of £1,950,000 for the expansion of South Nottinghamshire Academy to five forms of entry.