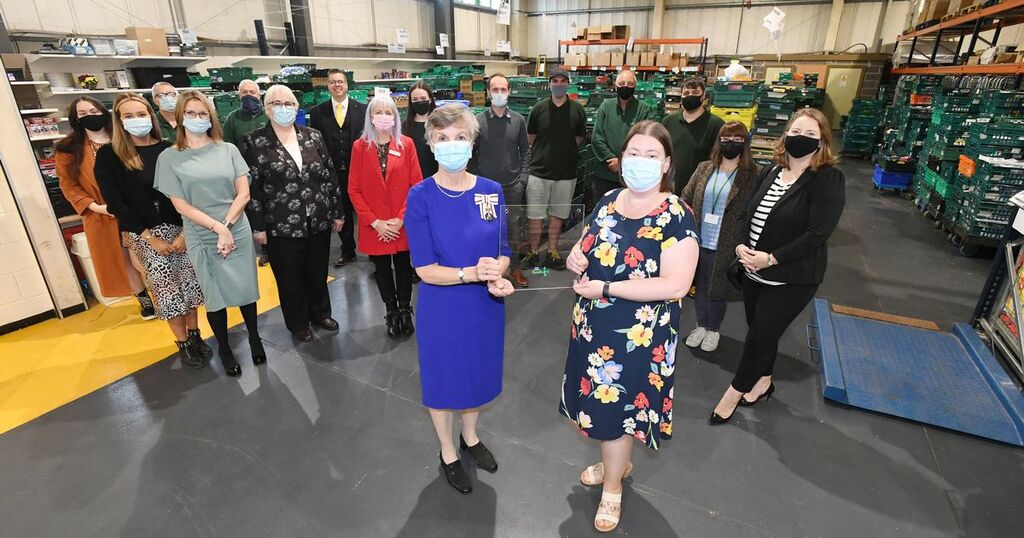 Almost two million people across West Lothian have relied on the county’s Food Network organisation for meals in the last year.

And while the daily numbers have dropped recently the threat of an uncertain winter economically has the network preparing for a seasonal surge in demand.

The council's Executive agreed to provide a further £272,011 to the West Lothian Food Network (WLFN) to support households facing food insecurity up to March 2022.

Meanwhile West Lothian’s Foodbank, which co-ordinates the network, has just moved with the help of the council’s Property Services, to expanded headquarters on the Whitehill Industrial estate in Bathgate.

The premises provide a new home to serve the charities in the food network. There is storage space, walk-in fridges, walk-in freezers, a fleet of four vans and a dedicated team of staff and volunteers.

A report to the council Executive detailed the work that has gone since the inception of the Food network in May 2020.

Since launch it has grown its membership from 26 community providers to 39 covering the whole of West Lothian. From May 2020 to the end of July 2021, the network has provided a total of 1,818,642 meals and, on average, just over 4,000 people have been fed each week.

Over 80% of those who have used the network indicated that they were financially at risk, on a low income and/or unemployed. The distribution includes a combination of cooked food delivered to homes, food parcels, local pantries to go and collect food, as well as providing toiletries, cleaning products, baby food and pet food.

A report by Anti- Poverty Manager Elaine Nisbet said: “Given the on-going Covid-19 pandemic, pressure on household budgets, the end of the furlough scheme, the removal of the Universal Credit Uplift along with increased energy and food costs, it is expected that this demand will remain for some time. Winter is normally when there is an increased demand on community food providers.”

The food network has also played a big role in reducing the amount of waste. It has acquired 105 tonnes of food for free from 38 sources across the private, public and third sector and 192 tonnes of food has been purchased through the funding from the council.

A total of 282 tonnes of food has been dispersed to meet the needs of communities throughout West Lothian, with 15 tonnes in stock.

Work is under way to research the local food companies in West Lothian to establish a contact database. Local businesses have received a letter to outline the aims of WLFN and meetings have been arranged to discuss taking their surplus stock to save them costs of disposal of food items which, in turn, will be reused for the local community. This is at an early stage of development but an arrangement has already been agreed with Hornigs - a black pudding and haggis manufacturer in West Calder.

The network is also supporting the local economy and the Black, Asian and Minority Ethnic (BAME) community, placing orders with local companies to maximise the amount of money that can be spent with West Lothian businesses and sourcing Afro-Caribbean foods locally.

Councillor Kirsteen Sullivan said: "My thanks go to the network for its continued support for people. It has made a significant contribution to our community wealth building effort and supporting local businesses at the same time. I think it's a really joined up effort by the food network and I’d like my thanks to go on the record.”

Councillor Frank Anderson for the SNP said: “Following up on what Kirsteen has said, it’s to be welcomed, but it’s a sad indictment that it’s needed in the 21st century. I sincerely hope that demand is not increased by the removal of the £20 uplift.”

Council leader Lawrence Fitzpatrick said after the meeting: “Both the council and all members of WLFN share the firm belief that no-one in West Lothian needs to go hungry.

“It’s been a hugely successful partnership with all the organisations involved, and we are looking at ways to make this sustainable going forward, with early discussions with the National Lottery.”