Twitter took away my blue check, and I am confused AF 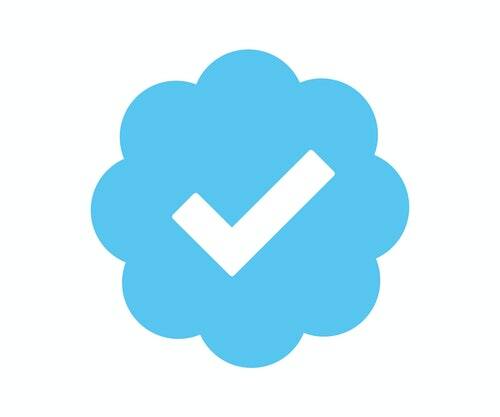 The blue checkmark is the digital equivalent of access to the VIP section, with users regularly begging to be let in — but Twitter’s verification is proving more exclusive a club than first thought.

In the past week, a number of users have reported having their recently obtained blue checks taken away by the microblogging service, with no explanation beyond an email saying that following a recent review, their application to be verified was approved in error.

Truthfully, the removal of the blue check I got in mid-June didn’t hit that hard. In fact, I hadn’t noticed, until a source, cybersecurity expert Troy Mursch, slid into my DMs to ask what had happened. It took digging into my inbox to find an email from Twitter telling me of “Important information about your account.”

“Your account was verified by mistake and we apologize for the confusion.”

Apparently, I’d gotten caught up in a broader issue around verification of Twitter accounts — one that caused the social media giant to put a pause on approving new applications in mid-August due to staffing issues. At the same time, many with the apparently correct credentials have been unable to get verification, taking to the platform to loudly complain about it.

The qualifying criteria Twitter publicly shares for “independent” or freelance journalists, of which I am one, is that they must provide at least three bylines from mainstream publications within the last six months. This is puzzling, as an incomplete count from a third-party tracking service suggests I’ve written 227 in the last six months. At least another four, not including this story, are due to be published this week. I’ve also published my second book in that time.

“We automatically review verified accounts on an ongoing basis to make sure they still meet the verification criteria outlined in our policy,” a Twitter spokesperson tells me. “In this instance, your account was verified by mistake and we apologize for the confusion.”

I’ve learned that as part of the verification process, Twitter requires journalists to submit articles that include their personal Twitter handles in the byline. It’s designed to prevent imposters, supposedly. That may be important for the John Smiths of the world, but there are no other people whose parents were sadistic enough to name their son Christopher Stokel-Walker.

Twitter fucked up in verifying me, I understand, because of a gap in their training and procedures. Every single application for verification is reviewed by a member of their team. But whoever approved my application either didn’t follow procedures or was poorly trained. Incorrect decisions were made, and they’re working to improve them.

The platform declined to answer questions about how many people within Twitter have the ability to remove or grant verification, and how their work is monitored or checked to ensure it follows guidelines. The company also did not respond to queries about how many users are currently verified and how many have had their verification badge removed in the past week.

“When my friend told me I was not verified, I thought he was joking.”

I know of at least eight — because they tweeted about it. They include Twitch streamers, magazine editors, and the Nigerian equivalent of TMZ.

Seventeen-year-old Norwegian YouTuber Dasto, who has 900,000 subscribers across his various YouTube channels, was one of them. He had spent three months trying to get verified, and when he finally was, his status lasted a total of two days. “When my friend told me I was not verified, I thought he was joking,” he tells me. “Then I went on Twitter and my verified badge was gone.” His friend, fellow YouTuber Scythe, also lost his verified badge last week.

Sharronda Williams, a digital creator trying to break into Hollywood, received the “Important information about your account” email around the same time as me. Williams has interviewed the likes of Spike Lee and Melissa McCarthy for her YouTube channel and website Pay or Wait. “I didn’t have time to mentally process because of personal issues but verification gets you noticed by talent and studios allowing for more access when It comes to covering film and TV,” she says. “Whether people want to admit it or not, verification helps show you have influence in your industry and can lead to potential opportunities.”

On the other hand, Ryne Hager, senior editor of smartphone news website Android Police has had time to process his deverification. “Twitter might claim otherwise, but verification is basically a class system that separates the People Who Matter from the normies that consume their takes,” he says. Something I’d noticed anecdotally is that the speed at which I gained followers seemed to increase once I had a blue checkmark.

For Hager and other journalists looking to convince interviewees to speak to them the imprimatur of legitimacy from Twitter is a big deal. “Before I had it, no one outside my little niche immediately familiar with my name took me seriously, and now that that dumb icon is gone, I’m back into the same pile,” he says. “And the blame for that lies entirely at Twitter’s feet for making it an exclusive club with secret and arbitrary rules to begin with.”

It’s the lack of transparency that irks me and those who’ve been de-verified more than anything. I was initially baffled when my application was approved and others — including full-time members of BBC staff who host nationally broadcast radio programs — weren’t. But my de-verification seems not to have been because of any of the formal reasons Twitter gives for why it would remove the blue badge. Based on what I’ve been told, what I’d have to do to get verification back — having my username in every story — would require all the publications I write for to redesign their websites.

Except that I asked a Twitter spokesperson whether they were actually suggesting they wouldn’t verify any freelance journalist who writes for media outlets that don’t use the writer’s Twitter handle in their byline. They said not really: “Our team looks for the person’s Twitter handle in the articles provided to prove that the person is who they say they are, though this is a secondary check to give the person another chance to confirm their authenticity if, for example, the website they provide is a personal website.”

“We’re at the behest of the ‘verification roulette’ that has random folks get approved and others declined.”

If you’re confused, you’re not the only one. I’m welcome to reapply for verification and, presumably, it depends on whether the person handling my application decides to follow the letter of the law or the new, ad hoc ones that say the requirement for Twitter usernames on stories are a “secondary check.” As Hager puts it, we’re “at the behest of the ‘verification roulette’ that has random folks get approved and others declined, all while the true requirements for what makes a person verifiable remain secret.

“In my line of work, there is a clear bonus to being verified,” Hager adds. “Twitter basically fucked me for no apparent reason and won’t even tell me why.”

I know how he feels.