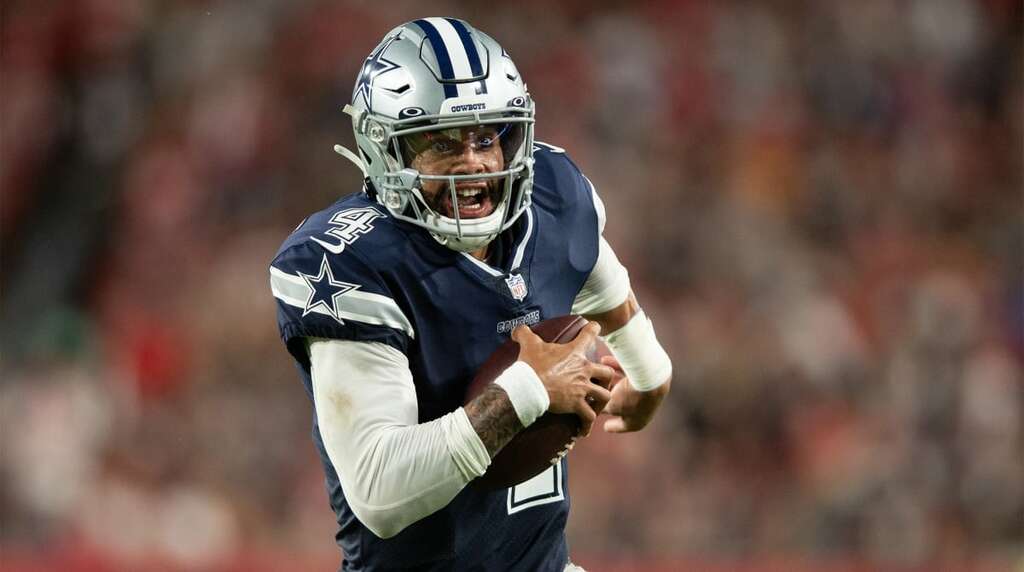 NFL is back, and the beginning of the season did not start off with a blowout like most people expected.

Tampa Bay, the reigning Super Bowl champions, barely scraped past the Cowboys thanks to a last ditch 36-yard field goal in the final seconds to put them ahead, 31-29.

For a period of time, it looked like Dallas would run away with the game after the Bucs fumbled the ball at the goal line. While they could not convert to a touchdown, kicker Greg Zuerlein made a 48-yard field goal, putting Dallas ahead by a single point.

That is until a combination of Tom Brady, Rob Gronkowski and Chris Godwin powered their way to field goal range within the final minute and change of the game. Brady is now 6-0 against the Cowboys, passing Joe Montana for the best record against the franchise (including in the playoffs), per ESPN Stats & Info.

When it was all said and done, Brady and Dallas quarterback Dak Prescott tallied a combined 782 yards and seven touchdowns. One of those marked the 100th touchdown connection between Brady and Gronkowski.

Twitter collectively went bananas in the final minutes of the game capped by field goals, even going as far as questioning whether a certain play in the final 20 seconds was offensive pass interference or simply just a solid catch. Some even predicted Prescott will be the MVP.