A twisted brute who killed his Scots neighbour and another man claimed they had a button for an atomic bomb.

Warped David Sinders brutally stabbed to death Dwayne MacLeay, 28, and Gary MacKay, 35, at a flat in Inverness on May 28 2020.

The 25 year-old also knifed Kimberley Nicholson, 27, on the stomach and shoulder.

Police soon arrived at the grim scene and when Sinders asked if the men were dead, he added: "I hope so."

Sinders - originally from Latvia - had been deemed in February last year to be unfit to stand trial.

It had been concluded he was suffering from paranoid schizophrenia.

An examination of facts hearing instead took place at the High Court in Glasgow to look at the circumstances of the attacks and Sinders mental state at the time.

Advocate depute Leanne McQuillan read a joint minute - facts agreed between the prosecution and the defence.

She told how Dwayne lived in the flat across the landing from Sinders in Balloan Road, Inverness.

Miss McQuillan: "In the period prior to May 28 2020, several witnesses were aware of Sinders saying or doing things which they found to be strange."

This included stating to Gary MacKay one night: "You're dead."

On the night of the killings, Sinders was in Dwayne's home with others.

Gary later turned up and Sinders suddenly accused the man of punching him.

Kimberley Nicholson then also arrived and found Sinders sitting on the bed with the two other men on the couch.

As she then washed dishes, Kimberley heard someone yell: "David, stop it."

She was next confronted in the kitchen by Sinders, who stabbed her on the shoulder then in the stomach.

Miss McQuillan: "This caused her to fall to the floor. He then left the flat and did not speak to her at all."

Kimberley managed to make her way into another room - it was there she discovered the horror of Dwayne and Gary having also been stabbed.

The prosecutor: "She saw Dwayne lying on the floor...with blood on his head.

"She attempted to get a response, but had no success. She also saw Gary lying on the floor next to the couch.

"She telephoned 999...and reported that three people had been stabbed."

Kimberley tried to help both men - paramedics then arrived, but were unable to save them.

Dwayne had suffered five stab wounds with Gary a total of three.

Kimberley was given an emergency CT scan, but luckily survived being knifed twice.

Sinders was traced at his home that night and initially insisted he had been sleeping when the attacks happened.

But, he then stated: "I did that. I stabbed them."

Miss McQuillan: "He made a number of comments including: "They had a red button. I had to stab them. The red button would set off an atomic bomb'.

"He asked one officer: 'Are they dead?'. He responded he did not know and Sinders replied: 'I hope so'."

He added the knife was "on a table in my house".

Sinders had faced charges of murdering both men and attempting to murder Kimberley.
A number of doctors who had provided reports on Sinders gave evidence during the three-day hearing.

The court was told Sinders' condition involved "hallucinations and delusions" and that he continues to suffer symptoms while in the State Hospital at Carstairs.

Lord Harrower today/yesterday concluded, after hearing the facts and evidence, that Sinders "beyond reasonable doubt" carried out the attacks.

The judge added because of his illness Sinders "did not appreciate the nature or wrongfulness" of his conduct.

He said: "As a result, I am satisfied beyond reasonable doubt that he was not criminally responsible for his conduct by way of a mental disorder.

"I acquit him by reason of the special defence."

Sinders will remain in Carstairs meantime for treatment on a compulsion order without limit of time. 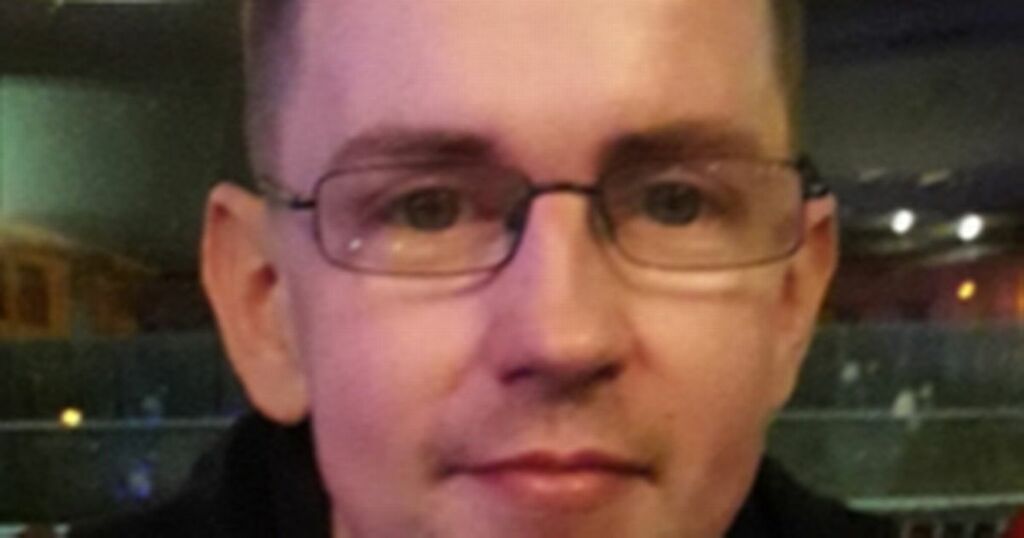 Killer stabbed neighbour and friend to death claiming 'they had atomic bomb button'
David Sinders stabbed Dwayne MacLeay and Gary MacKay to death and also attacked Kimberley Nicholson at a flat in Inverness,…

Cameron McKimmie stabbed his victim in the thigh and ran after him upstairs, slashing the bathroom door as his stepdad…

Evil Czapla, who was sentenced to life in prison earlier this week, bolted from the flat in Edinburgh’s Muirhouse and…