TV tonight: Have I Got News for You begins its 62nd series 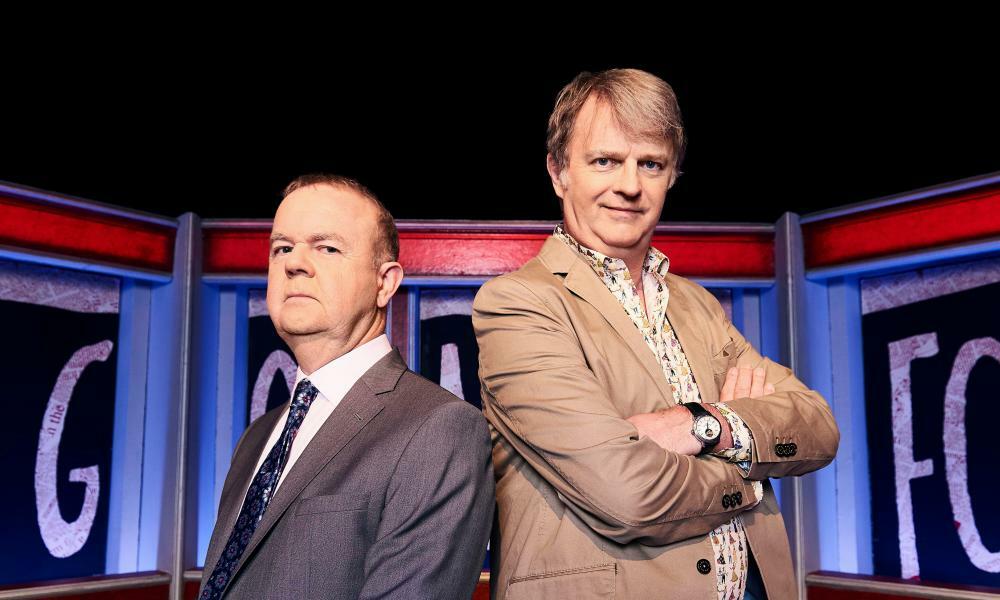 Have I Got News for You

The 62nd series of the current affairs panel show. And even if it sometimes feels as if Ian Hislop and Paul Merton are going through the motions these days, it still retains a degree of prickly truculence. It certainly doesn’t feel like the kind of show that would be greenlit by the currently timid BBC hierarchy. Guest details were scant as we went to press but, as anyone who has tried to buy petrol recently knows, the gang will have plenty of material to get stuck into. Phil Harrison

The wilderness of the North American interior swallows people up. This documentary looks at the thousands of indigenous women who are believed to be murdered within this vast region. Ayshah Tull follows a private investigator who has made it her business to follow these cases. PH

More twee nostalgia with a dark side, as TV’s top priest-themed policing drama continues. This week, the leader of an anti-nuclear group is killed during a protest but was her death an accident? Will (Tom Brittney) and Robson Green’s Geordie unpick rivalries as they aim to figure out the truth. Hannah J Davies

When an electrician is electrocuted by a vintage arcade machine at the home of a young, rich, 80s-obsessed social media influencer, Greg Davies’s crime-scene cleaner Wicky is called upon to mop up the mess. The ensuing generational clash paves the way for some keenly observed satire. Ali Catterall

As we reach the conclusion of this icy drama, Sumner (Jack O’Connell) has reached safety. The missionary cabin is healing him but also revealing the depths of his alienation. Soon, he’s on the way home, in search of Baxter and the money he is owed. But has he really seen the last of Colin Farrell’s infernal Drax? PH

Andie MacDowell gives Graham Norton the lowdown on her new Netflix drama, Maid, in which she stars alongside her daughter Margaret Qualley (Once Upon a Time in Hollywood). Plus, Pose star and red carpet king Billy Porter is in the studio. HJD

Joker (Todd Phillips, 2019), Amazon Prime Video
Possibly not the comic-book origin story most expected, with director Todd Phillips and star Joaquin Phoenix taking inspiration from the Scorsese Cinematic Universe rather than DC’s. Phoenix is mesmeric as Arthur Fleck, a sad loner with a condition that causes random, uncontrollable laughter. He works on Gotham’s streets holding advertising boards dressed as a clown and dreams of being a comedian, but is tipped over the edge into violence instead. It’s an environment plucked from Taxi Driver, offering Batman’s darkness without the gothic trappings. Simon Wardell