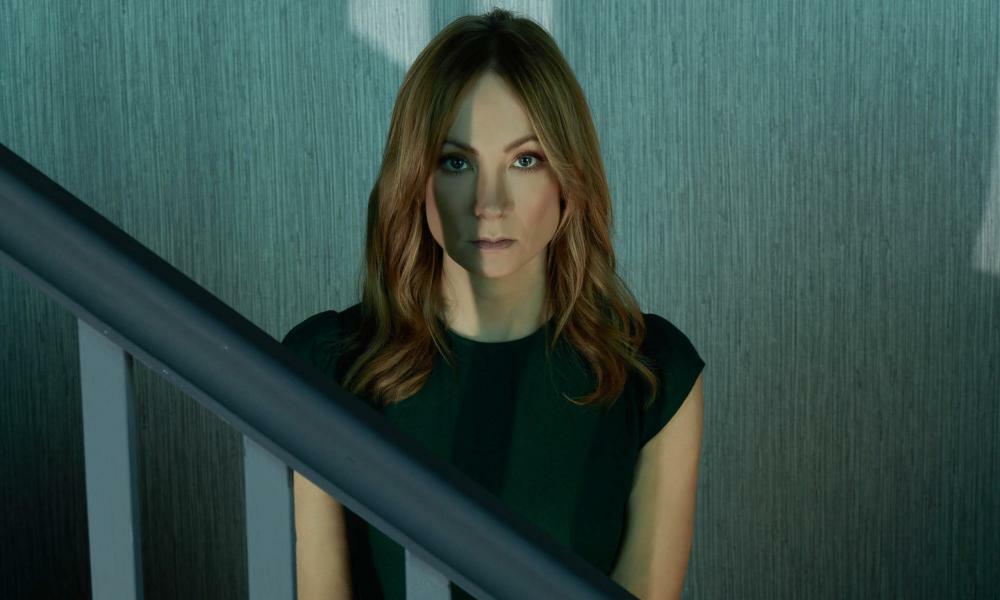 “Woman versus door. Looks worse than it is.” Joanne Froggatt’s Angela has a sadly well-practised line in excuses for her husband’s (Michiel Huisman) sudden bursts of violence. But the truth about her domestic situation is becoming impossible to hide. This dark drama begins with a dinner party and its horrifying aftermath. A chance meeting suggests possible redemption. But after so much trauma, can Angela trust anyone? It’s a hugely unsettling affair but Froggatt brings Angela’s anguish and brittle courage convincingly to life. Phil Harrison

A boisterous if slightly superfluous refit of the HE Bates-inspired, 50s-set primetime banker. Bradley Walsh brings a cockney twang to self-styled “gentleman farmer” Pop Larkin while Joanna Scanlan is a suitably no-nonsense Ma. Tonight’s opener starts as it means to go on: beer drunk heartily from tankards; endless sunshine; and Pop cheerfully at war with his stuffy nemesis, Alec Norman. PH

Vivien Epstein (Agnes O’Casey) continues her transformation from apolitical ingenue to undercover antifa operative as this fine drama goes up a gear. Tonight, she’s delivered to the lair of slippery, sinister Colin Jordan (Rory Kinnear) and quickly proves she can think on her feet. Meanwhile, Eddie Marsan’s Soly starts to wonder if he can control what he has created. PH

Tom Parker: Inside My Head

As part of the Stand Up to Cancer season, this film follows Tom Parker – a member of boyband the Wanted – as he learns to cope with an aggressive brain tumour. But more than simply coping, Parker is fighting back as he sets about reuniting his band for a charity concert at the Royal Albert Hall. PH

This Emmy-nominated doc offers a powerful, prescient look at an act of bloody devastation. It charts the events of 31 May and 1 June 1921 in Tulsa, Oklahoma, when a thriving Black neighbourhood was mobbed by white residents. The ensuing race riot destroyed the town of Greenwood, with hundreds left dead. Hannah J Davies

The studiedly hip dramedy about an angsty white rapper stumbles out of the blocks a little as season two begins, with a trip to Korea and a party in LA both giving our hero (Dave “Lil Dicky” Burd) the chance to humiliate himself in a low-key sort of way. Stronger episodes are surely coming. Jack Seale

This 2008 sports drama was a surprisingly straightforward move for director Darren Aronofsky after the timey-wimey travails of The Fountain, but it did provide Mickey Rourke with the greatest role of his career. As Randy “The Ram” Robinson, an ageing fighter seeking a way back into the ring, Rourke gives a nuanced performance, the pain of life etched into his battered face as he traverses relationships with his daughter (Evan Rachel Wood) and Marisa Tomei’s stripper, while a steroid-induced heart problem hangs over him. Simon Wardell

Formula One Motor Racing: The Turkish Grand Prix, Sun, 12.55pm, Sky Sports F1, The 16th round of the season.