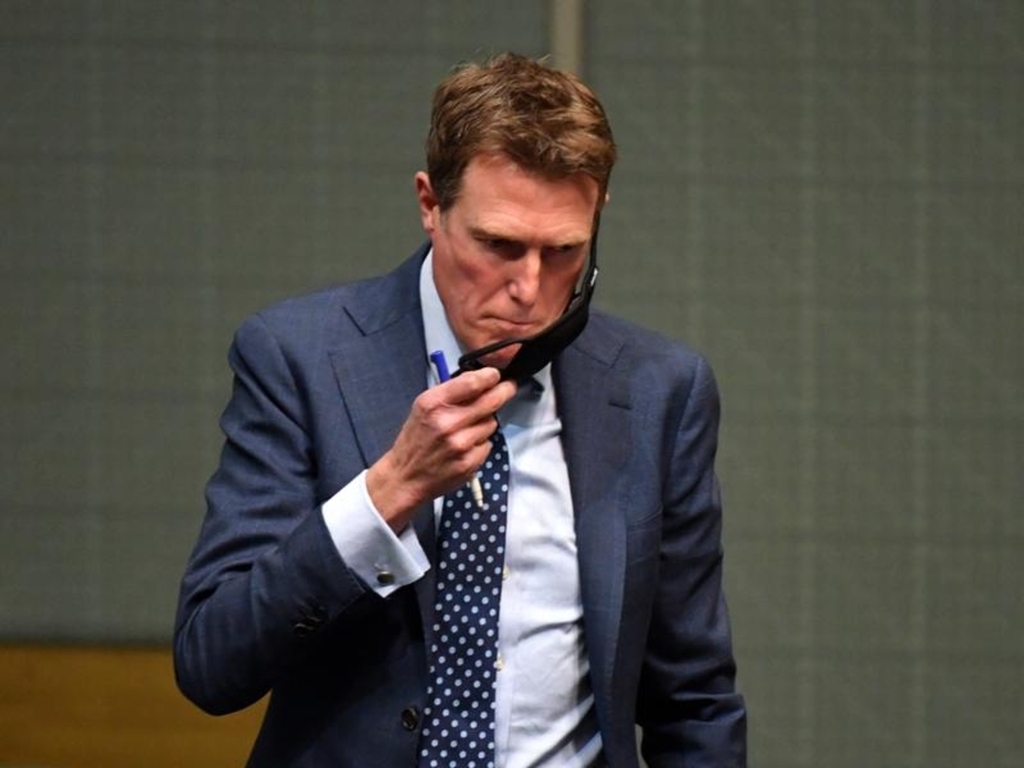 Malcolm Turnbull has lashed former attorney-general Christian Porter's decision to allow a blind trust to cover some of his legal fees.

Mr Porter has revealed legal bills in his defamation claim against the ABC were partly paid through a blind trust called the Legal Services Trust.

Mr Turnbull, who promoted Mr Porter to attorney-general while prime minister, said politicians should not receive money from undisclosed sources.

"This flies in the face of every principle of accountability and transparency in public life," Mr Turnbull told ABC radio on Wednesday.

"I am staggered that Porter thought he could get away with it and I will be even more staggered if the prime minister allows this to stand. It is a shocking affront to transparency."

On his register of interests, Mr Porter said he had no access to information about the conduct and funding of the trust.

He sued the ABC in March over a story that revealed a now-deceased woman's historical rape allegation against a cabinet minister.

The now-Minister for Industry, Science and Technology emphatically denied the allegation and the case was settled before trial.

The ABC paid $100,000 in costs and agreed to put editor's note alongside the online story, stating regret that some readers misinterpreted the article as an accusation of guilt against Mr Porter.

Mr Turnbull said banks and political parties were banned from receiving cash from unknown sources and wants the same rules applied to MPs.

He said disclosure regimes were crucial to stopping the potential for corruption and influence in politics.

"This flings open the door to such extraordinary abrogation of responsibility and accountability," Mr Turnbull, who was prime minister from 2015 to 2018, said.

"It honestly cannot stand. There should be absolute outrage about this."

Treasurer Josh Frydenberg defended his cabinet colleague, saying he disclosed the fees in accordance with the rules for politicians.

"The point about Christian Porter's legal defence is he did not use taxpayers' money and that is very important," he told Sky News.

"Labor will continue with their vicious personal smears and campaigns. I don't think Australians have got time for it."

"The Australian people need to know who set this trust up, who funded it, how much they donated, and whether they expected to get anything in return for these donations," Mr Dreyfus said.

A spokesman for Mr Porter told AAP the minister's disclosure was in accordance with the requirements of the register and consistent with previous members' disclosures.