Turn off the oil taps? Norway torn between climate and cash 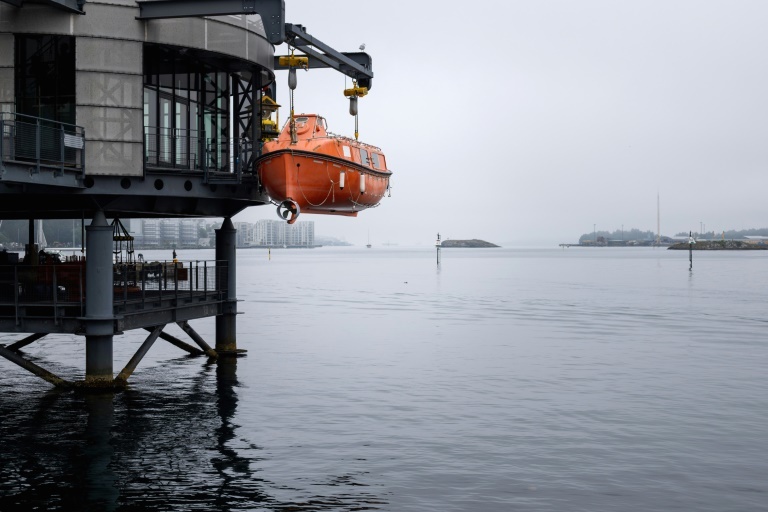 Stavanger (Norway) (AFP) - In Stavanger's harbour, the Petroleum Museum chronicles Norway's road to riches.Now, faced with the climate crisis, a growing chorus wants fossil fuels to be relegated to history for good.

The "code red" sounded by the United Nations in early August has reignited debate about the future of the oil industry in Norway, the largest oil producer in western Europe, ahead of Monday's legislative elections.

The Green party, MDG, -- whose support the opposition centre-left, currently leading in the polls, may rely on in order to obtain a parliamentary majority -- has called for an immediate end to oil prospecting and a halt to production by 2035.

"Oil belongs in a museum.It served us very well for many decades but we can now see that it is destroying our climate," says Ulrikke Torgersen, the Greens candidate in Stavanger, Norway's oil capital where it is often said locals have oil running through their veins.

The UN climate report, which warned of an acceleration of "unprecedented" extreme events linked to climate change, propelled the subject right to the heart of the election campaign.

Norway's two biggest parties -- the Conservatives led by Prime Minister Erna Solberg and the Labour Party led by her likely successor Jonas Gahr Store -- have both refused to bid farewell to black gold.

But each camp has small factions pushing for the country to set an example by putting an end to its oil dependence and speeding up its green transition in order to respect its commitments under the 2015 Paris climate accord.

According to a poll on August 20, 35 percent of Norwegians said they were in favour of ending oil exploration.

Even the International Energy Agency (IEA) has warned that all fossil fuel exploration projects must cease immediately if the world is to keep global warming under control.

A clean break would be painful for Norway: the oil sector accounts for 14 percent of gross domestic product, as well as 40 percent of its exports and 160,000 direct jobs.

Over the years, oil and gas have financed Norway's generous welfare state, as well as costly environmental initiatives such as incentives for electric car purchases and the protection of rain forests.

The oil industry has been quick to point out that of all the world's oil, Norwegian crude emits the lowest amount of greenhouse gases -- at least at the drilling stage.

A recent study even claimed that an end to Norway's oil and gas production would lead to an increase in worldwide emissions, as Norwegian products would be replaced by even more polluting energy sources.

"It would be paradoxical to halt oil and gas production which has the lowest CO2 footprint at a time when the world still needs it," said Anniken Hauglie, head of the oil lobby Norsk Olje &amp; Gass.

"We need to get rid of other kinds of fossil fuels first, in particular coal," she said.

And, she insisted, oil companies also have a wealth of knowledge, technology and capital that will be needed for the development of future energy solutions, such as offshore wind power, hydrogen and carbon capture and storage (CCS).

Despite paying high salaries, the oil industry is struggling to attract young talent.

At the University of Stavanger, the number of Masters students in oil engineering is shrinking like the icecap in summer.

From over 60 students in 2013, most of them Norwegians, their number has dropped to 22 this year, including only a handful of nationals.

"We need to get rid of fossil fuels, no doubt about it.Even we in Norway as an oil-producing country, we know that.But the question is how fast we should do that and how prepared we are for that," professor Mahmoud Khalifeh told AFP.

"Even if you want to stop oil production, we need petroleum engineers to design how to properly close thousands of active wells to avoid leakages to the environment," he added.

Camilla Abrahamsen is determined to get her degree and become a drilling engineer.

"I want to contribute to the future.Maybe try to make oil a bit greener," the 25-year-old student said.

Does she have any doubts about her career choice?

"I'll be old by the time we can live without oil," she added.