Turkey looking to exploit European divisions on repatriation of jihadists

A highly publicised move to repatriate foreign Islamic State (IS) group fighters reflects the obstacles Turkey has encountered in its Syrian military offensive, and its eagerness to exploit differences between European members, says Marc Pierini, a former EU ambassador to Turkey and Syria.

Turkish officials on Monday announced they had deported three foreign jihadists, with more than 20 Europeans including French and German nationals in the process of being expelled to their countries of origin over the coming days.

Ankara, whose latest Syrian incursion has caused friction with its NATO allies, says it has captured 287 militants in northeast Syria and already holds hundreds more IS group suspects. It has criticised European countries for refusing to take back citizens who travelled to fight in the Middle East, and stripping some of them of their citizenship.

"There is no need to try to escape from it, we will send them back to you. Deal with them how you want," Interior Minister Suleyman Soylu warned European countries last week.

The decision to make good on that threat sooner than expected signals “a measure of nervousness in Ankara” regarding its frustrated ambitions in the Syrian conflict, said former ambassador Pierini, now a visiting scholar at the Carnegie Europe thinktank.

“The timing is precisely linked to the situation of the Turkish incursion in Syria, which is much more limited than initially planned [and] much more difficult than probably expected,” Pierini told FRANCE 24, noting that, “Turkish forces have been boxed in by Russian forces together with the Assad regime."

Pointing to Turkish President Recep Tayyip Erdogan’s domestic policy imperatives, Pierini added: “We should not forget that this whole operation had no immediate military reason to happen now; it’s essentially linked to a degraded situation for the president of Turkey, politically speaking.”

Turkey said it would take control of captured jihadists in areas that it seized from Kurdish groups, while also stepping up pressure on European countries to deal with the problem. But transferring such sensitive detainees involves a complex procedure and close cooperation between Turkish officials and their European counterparts.

A French foreign ministry source told AFP at the weekend that a number of jihadist suspects had been quietly repatriated under a 2014 agreement with Turkey, and that the current deportations were nothing new.

"Jihadists and their families are regularly sent back to France and arrested as they leave the airplane. Most of the time it is done secretly. The news is not published, or released much later," the source said.

Referring to the Franco-Turkish agreement, Pierini said: “It is extremely complicated to set up because this is a one-by-one operation – you need to track each individual with two police organisations, one on each side. […] It takes cooperation and goodwill, [but] what we are hearing from Turkey today is rather confrontational, more than cooperation.”

Pierini pointed to the confusion surrounding the fate of one of the three foreign nationals Turkey said it had deported on Monday. Images showed the man – believed to be a US citizen – temporarily trapped between Turkey’s land border with Greece after Greek police rejected him.

‘If you have panic in Europe, you can extract concessions’

While the 2014 agreement means France already has a system in place to handle such transfers, the lack of a common framework across the EU presents Turkey with a soft target, the former ambassador added.

“Ankara is going to use discrepancies between European countries,” he explained, pointing to the precedent set by Europe’s panicked response to the wave of refugees displaced by the Syrian civil war, when EU leaders decided to “put a lot of goodies on a silver tray” in return for Turkey agreeing to stop the flow of migrants heading for Europe.

“Ankara has learnt the lesson: If you have panic in Europe, you can extract concessions,” Pierini added.

On Monday, a Dutch court ruled that the Netherlands should repatriate the children of women who joined the IS group, though the mothers themselves need not be brought back. The ruling was a response to 23 Dutch women being held in detention camps in Syria, who had called for their return along with their 56 children. The Dutch government has already appealed the verdict.

In Germany, officials have confirmed legal proceedings involving 10 German nationals in Turkey – three men, five women and two children – whom Ankara plans to deport. The interior ministry in Berlin said "it did not wish to oppose the return of German citizens" and that authorities were still verifying the identities and the reasons for their repatriation.

It remains unclear whether Turkey will be able to repatriate those who have lost their citizenship.

Although it is illegal to leave people stateless under the 1961 New York Convention, several countries, including France, have not ratified the text, and recent cases have triggered prolonged legal battles. Britain alone has stripped more than 100 people of their citizenship for allegedly joining jihadist groups abroad. 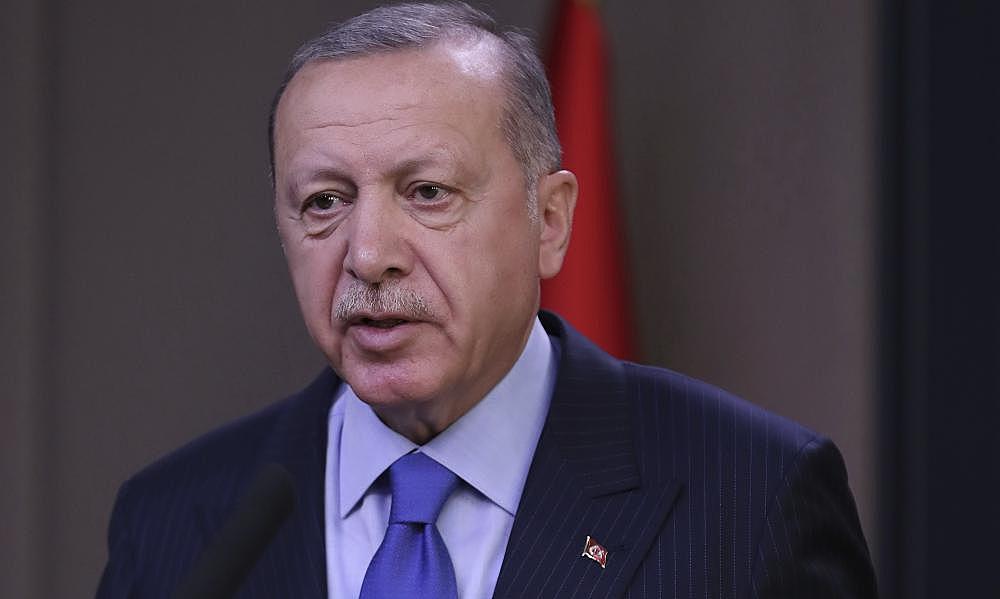 American Isis suspect stuck on border 'not our problem', says Erdoğan
Alleged militant deported as part of Turkey’s drive to expel foreign jihadists in its custody

The Guardian - UK
From analysis to the latest developments in health, read the most diverse news in one place.
Alleged US Isis member 'marooned between Turkish and Greek borders'

Istanbul (AFP) - Turkey deported three foreign jihadists on Monday, with more than 20 Europeans including French and Germans in…

Asharq Al-Awsat
One place to find news on any topic, from hundreds of sites.
France to Take Back 11 Suspected Extremists from Turkey