By Rouba El Husseini with Fulya Ozerkan in Istanbul

Russian air strikes also killed 14 civilians in the same area, a monitoring group said, as the World Health Organization warned dozens of medical facilities had been closed amid a fierce government offensive.

Violence in recent weeks has caused one of the worst waves of displacement in the nine-year-old Syrian conflict.

Monday's tit-for-tat shelling between Turkish and Russian-backed Syrian forces was the deadliest since Turkey deployed troops to Syria in 2016, ratcheting up tensions between the conflict's two main foreign protagonists.

The overnight clash began with regime shelling at Turkish positions in Idlib, hours after a Turkish military convoy of at least 240 vehicles entered northwest Syria, according to the Syrian Observatory for Human Rights, a Britain-based war monitor.

The attack killed five soldiers and three Turkish civilians despite previous coordination on where Ankara's forces would be, Turkey's defence ministry said.

The Russian defence ministry said Ankara had failed to give prior warning of its troop movements.

The heaviest Syrian casualties were inflicted south of Saraqeb, a flashpoint Idlib town that Damascus has been trying to encircle since last week, said the Observatory.

State news agency SANA said the Syrian army had not suffered any casualties.

Erdogan, speaking to reporters at an Istanbul airport before leaving for Ukraine, said the counterattack had targeted 40 locations.

He called on regime ally Russia to assume its "obligations" under previously signed agreements, referring to deals aimed at avoiding an all-out regime assault on Idlib region.

The jihadist-dominated area hosts some three million people, around half of them displaced by violence in other areas.

The UN says attacks by the regime and Moscow in northwest Syria have displaced more than 388,000 people since December, forcing many of them towards Turkey's border.

Ankara -- which already hosts more than three million Syrian refugees on its soil -- fears the fighting will trigger another mass influx.

UN Secretary-General Antonio Guterres on Saturday called for an end to fighting in and around Idlib but air strikes, many of them carried out by Russian warplanes, have continued.

Nine of those killed were displaced people who died when a missile hit their car in the Urum al-Kubra area, on the rebel bastion's eastern flank.

An AFP reporter saw rescue workers carry away the limp bodies of two small children and lay them in blankets on the back of a pickup truck.

The World Health Organization said Monday that the violenced had forced 53 medical facilities in northwest Syria to close in January and warned of "critical health threats" to fleeing civilians.

The WHO recorded two direct attacks on health facilities in northwest Syria in January, in which 10 people died and 30 were injured.

"What this means to Syrian families on the run is further limited access to basic health care, an increasing lack of basic medicine and less protection against communicable diseases," the UN agency said in a statement.

The regime now controls more than two thirds of Syria, up from a barely a fifth before Russia's sweeping military intervention in 2015.

A jihadist group led by Syria's former Al-Qaeda affiliate still controls swathes of land in and around Idlib province, where pro-Ankara rebels are also present.

In recent weeks, pro-Damascus fighters have pressed northwards along the M5 highway that connects the capital to Syria's second city Aleppo, crossing Idlib.

They are now aiming for the abandoned city of Saraqeb, which sits at a crossroads between two key highways.

On Monday, regime forces seized the town of Nayrab on the M4 highway east of Saraqeb, the Observatory said.

That left them just eight kilometres south of Idlib city, a major population centre and the province's capital.

Many displaced civilians live in precarious shelters in the Idlib countryside along the Turkish border.

A 2018 Turkish-Russian deal saw Turkish troops deploy at observation posts around Idlib, but the agreement has failed to stem repeated regime offensives. 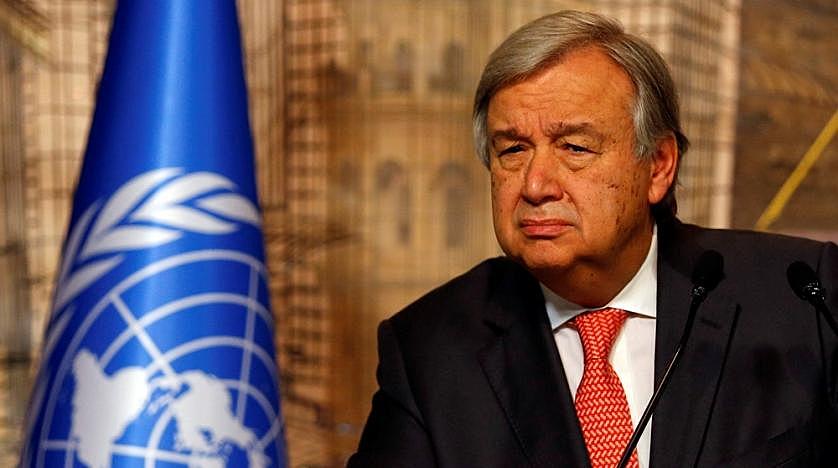 Asharq Al-Awsat
From analysis to the latest developments in health, read the most diverse news in one place.
Russia stuck in middle as Turkey and Syrian regime clash in Syria

This is the one of the largest clashes between the Syrian regime and Turkey in 10 years of war.

Turkey will not allow the Syrian government to gain territory in the northwestern region of Idlib, President Tayyip Erdogan was…

France 24
One place to find news on any topic, from hundreds of sites.
Turkish soldiers killed as battle for control of Idlib escalates