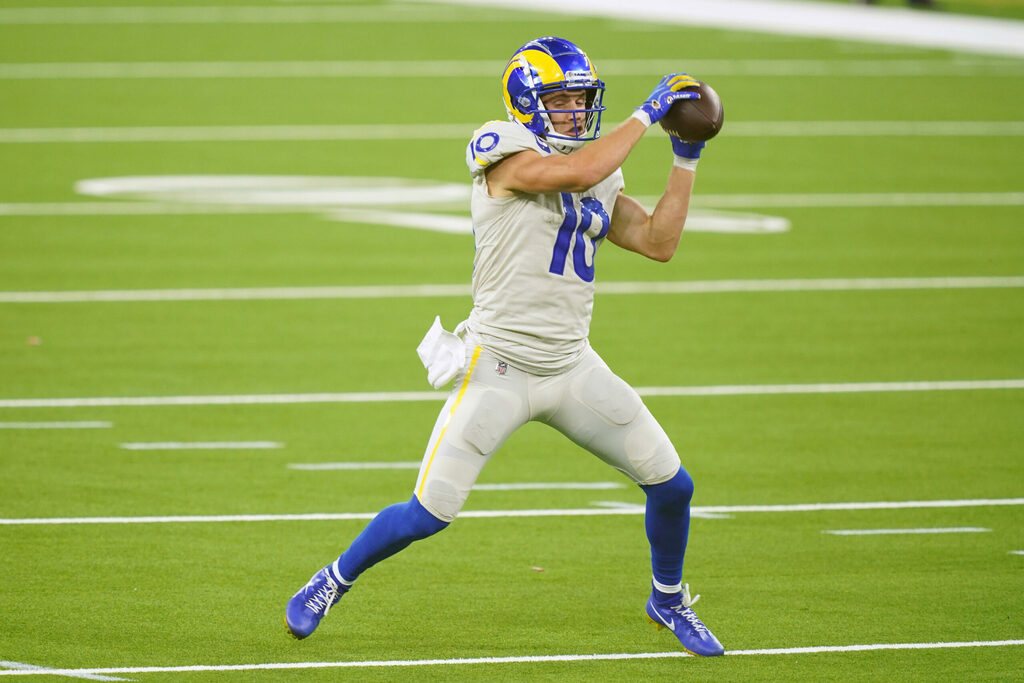 Draft slots were taken from the Average Draft at MyFantasyLeague. Standard performance scoring with reception points were considered.

There wasn’t a lot of difference between any of the Top-4 quarterbacks – Tom Brady, Justin Herbert, and Patrick Mahomes included, but Allen ends up as the No. 1 fantasy quarterback for the second year in a row. Yes, more than Patrick Mahomes who will still be drafted before Allen.

He was taken as a backup as the No. 13 quarterback drafted but he ended with  the No. 7 highest points and got better in the second half of the year with several monster games. He’s a difference-maker who should be better in 2022 with a dangerous trio of wideouts.

He only ended as the No. 18 fantasy quarterback but he fit  very well into the Patriots’ system and he far outplayed the other four quarterbacks that were drafted before him.

He had plenty of big games but missed five weeks in all and has been out since Week 14 when you needed him most.

There wasn’t any surprise quarterback that wasn’t drafted last summer but ended up as a starter quality player. Heinicke ended as the No. 19 fantasy quarterback and had a few plug-in opportunities where he didn’t kill you. Very rare that fantasy leagues miss drafting an eventual starter.

After Derrick Henry finally had to pull over and pop the hood, Taylor was the clone that stepped up by rushing for 100 yards in ten games and scored 20 touchdowns. He ended with an NFL-high 1,811 rushing yards – almost 600 more yards than any other rusher.

Argue all you want about Chase Edmonds, it was Conner who would become the back to own. He only totaled 1,127 yards but scored 18 touchdowns and never had a bad game since Week 3 until he was injured in Week 16.

It wasn’t close. But Harris was the only rookie back drafted with the intention to be a workhorse in a one-back offense. Harris ended as the No. 3 fantasy running back and ran for 1,200 yards and caught 74 passes for 467 yards and ten total touchdowns. Not bad for a rookie that was taken mid-second round in most fantasy drafts.

The scary part of this is that McCaffrey and Barkley were the exact same Top-2 busts last year. Maybe neither deserve to be a Top-5 fantasy pick. But they probably will.

As someone who spent the money to get Trey Sermon on my dynasty team, it only took one week to say, “I’m sorry, what???”  Mitchell was the 6.10 pick of the 49ers and proved to be everything they wanted when they took Sermon. Mitchell had a few durability issues, but when he played he was golden. He was good enough that the 49ers trashed their usual committee approach.

He fell short of the receptions record by four catches, and missed the all-time mark in receiving yards by only 17 yards. But he went from 92 catches for 974 yards and three scores in 2020, to 145 receptions for 1,947 yards and 16 touchdowns. He was on more than a few fantasy champion’s rosters. And he was 93.2 fantasy points ahead of Davante Adams.

Remember back last year? When Brandon Aiyuk was the hot receiver for the 49ers and Samuel was the oft-injured wideout with only 33 catches for 391 yards and one score? What a difference a year makes. He caught 77 passes for 1,405 yards, ran 59 times for 365 yards and scored 14 times. He threw a touchdown pass on Sunday. He should be called Gumby because he’s comfortable in any position.

Yep. Dropping all those passes in the summer while saying the lack of a white stripe on an NFL ball was an issue. Well, he got better pretty fast. Good enough to rank as the No. 5 fantasy wideout with 81 catches for 1,455 yards and 13 touchdowns. He went cool for a stretch in midseason but anyone that delivers 55.6 fantasy points in Week 17 is forever a legend.

He did score eight times this year, but Hopkins only caught 42 passes for 572 yards and missed six games. He never gained 100 yards in any game and was all but gone for the second half of the season.

Granted, the hybrid receiver/rusher/returner cooled significantly in the final month of the season, but he was a difference-maker that was scraped from every waiver wire and delivered until Week 15 when the whole pumpkin/glass slipper thing went sideways.

He unseated Travis Kelce from the top spot for the first time in six years. Andrews finished with 107 catches for 1,361 yards and nine touchdowns. Best yet, he got better as the season progressed and spent the last month with around eight catches per week and topped 100 yards three times in a row starting in Week 14.

There are so few tight ends that make a difference, and grabbing the best of the position usually around the start of the fifth round helped his owners build a better team for the first four rounds.

Anything short of being the top rookie tight end would have been a bitter disappointment after he was taken with the Falcons 1.04 pick. For a position that is notorious with never having any rookies matter, Pitts ended with 68 catches for 1,026 yards but only one touchdown. He’ll be better in 2022 and he ended as the No. 2 rookie tight end in yardage in NFL history.

So few difference-makers so it cost an earlier pick to take one of the top in the position. After back-to-back 1,100-yard seasons, Waller missed six games and stumbled through most of the rest. He ended as the No. 18 fantasy tight end with 55 catches for 665 yards and two scores.

The Cowboys offense was so stocked with wideouts, that Schultz was left on the waiver wire in almost every league. That did not last long when he caught two scores and gained 80 yards in Week 3. Schultz went on to become the No. 3 fantasy tight end with 78 catches for 808 yards and nine touchdowns – tied for No. 1 in the position.

Huddle player of the year

Cooper Kupp – Every position has top players, but none of the the other No. 1 players had 21% more fantasy points then the second guy in their position. And Kupp was a fourth-round pick in most leagues.  He turned in 20+ fantasy points in 14 games. He scored 30 fantasy points in six games. He was the difference-maker that every fantasy team wants but only one gets.

Thanks for giving me a few minutes of your Monday morning. I hope it started your week better during this challenging season that was a constant stream of  injuries, COVID-19 defections, and all the craziness that happens in any NFL season.

Hope you enjoyed your fantasy season and The Huddle.

Get back to work!

May your New Year be happy, healthy and prosperous.