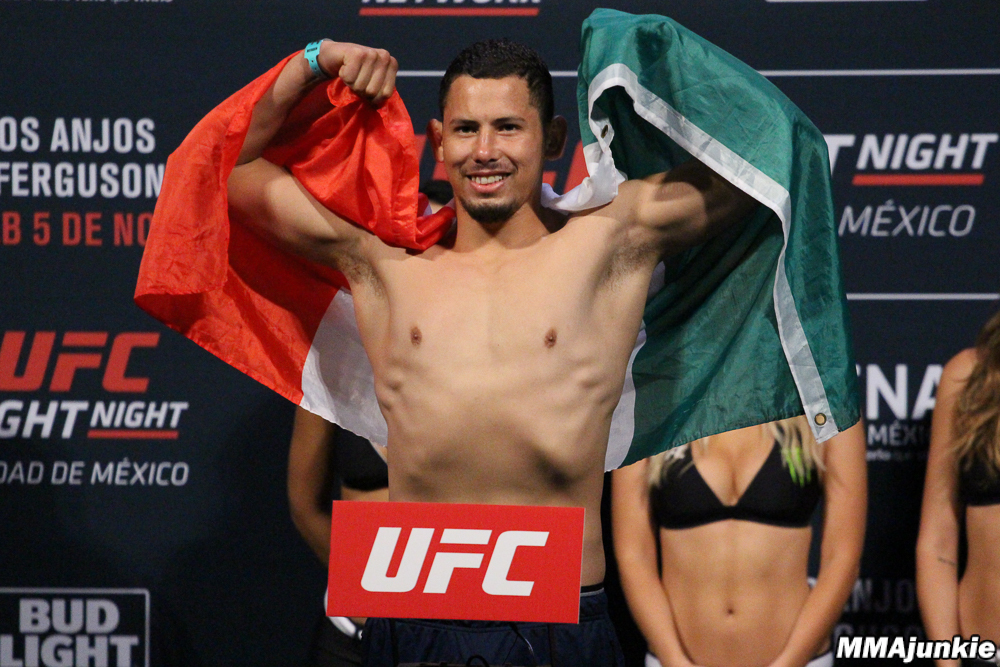 Martin Bravo has a home in his post-UFC career.

Bravo, who won Season 3 of “The Ultimate Fighter: Latin America,” has signed a multifight deal with Combate Global and is expected to make his debut in the main event of Friday’s event in Miami. Bravo (11-3) takes on Andrew Whitney (16-9) in a featherweight contest. The card will stream  on Paramount+ beginning at 11 p.m. ET.

Bravo has’t fought since September 2019 when his UFC run came to an end. The Mexican fighter showed plenty of promise as he won the “TUF: Latin America 3” lightweight season at 23, defeating Claudio Puelles by second-round TKO and extending his then-undefeated run to 11-0.

However, since winning ‘TUF,’ Bravo went 0-3 in the octagon. Now 27, “Toro” looks to get back to his wining ways under the Combate Global banner.

Additionally on the card, a bantamweight bout pitting undefeated David Solorzano (3-0) vs. Mexico’s Ramon Vizcarra (3-2) will serve as the co-main event.

Below is the full fight card for Friday’s Combate Global event: