Trustpilot CEO Peter Holten Mühlmann: ‘Everybody suspects everyone is an a***hole — but people are nice’ 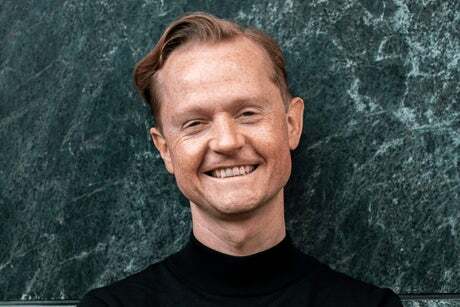 “A lot of CEOs tell me that they use Trustpilot to see how their business is really doing because it’s unfiltered," Peter Holten Mühlmann says, with a slight grin.

Holten Mühlmann’s own business is doing very well, thank you very much. Trustpilot went public in a £1.1 billion IPO on the London Stock Exchange last March and figures published this week show revenue was up 29% to $131 million (£95.3 million) in the six months to 31 December, ahead of forecasts

"I think we are only 1% of what we can become," Holten Mühlmann says at his swish new London base on the City’s Mincing Lane. "Today we have around 160 million reviews on the platform, but there should be billions.”

The softly-spoken 39-year-old, a self-described “big introvert”, launched Trustpilot from his parents’ garage in 2007 as a side project. The service lets people rate companies up to 5 stars and leave short reviews.

It may sound simple but in a world of online commerce it has been transformational, helping people decide which companies to buy from and which to steer clear of. The business earns its money by charging companies to host ratings on their websites.

"When I started Trustpilot, a lot of people would say ‘isn’t it all going to be negative reviews?” Holten Mühlmann recalls. “Why would you bother to write a positive review?’ Everybody suspects that everyone else is a total a***hole.

Building the business in its early days involved  "gruelling" 18-hour days fuelled by caffeine. Now, the Dane is adapting to life as CEO of a public company — a very different proposition.

"Increasingly I am realising, as the company gets bigger, that as the CEO I’m actually not involved in that much,” he says. “Employees’ lives would become insufferable if I involved myself in everything.

“I try to actually not keep myself busy. I try to leave a lot of room in the day and ask myself ‘what are the three things I care about’?"

These days he spends more time with his girlfriend and manages to exercise daily. The one downside to this new life is Holten Mühlmann is not as free as he once was to talk openly about how the business is doing — something he struggles with.

The stock has been one a wild ride since the company joined the market. Shares offered at 265p reached highs of 460p in September, before dropping sharply as investors sold after a lock-up period ended. The stock is now trading more or less where it started.

Trustpilot has offices in London, Copenhagen and Berlin. The pandemic pushed the business to “look at talent first and location second" when hiring, Holten Mühlmann says, but he is committed to offices.

"I’m a big introvert, so at first I thought it was so nice not having to go to all these arrangements,” he says. “But then I found that it was very psychological unhealthy not to meet people in the real world.”

Trustpilot was one of the corporate world’s pandemic winners. Lockdowns and other government restrictions forced more sectors further online — everything from education to undertakers — and that means more services to review on Trustpilot.

In recent years the company has faced criticism for fake reviews. Trustpilot removed 2.2 million fake reviews in 2020, according to its last public announcement on the problem. The figure shows the company is taking the issue seriously but also underlines the scale of the problem. New data is due in the company’s next annual transparency report out next month.

Holten Mühlmann says Trustpilot is constantly introducing new technology to help identify and remove fake posts. Despite problems like these, he thinks there is more open road ahead of the company.

“We have 65,000 domains where a person has shared their experience, and I think that should also be measured in the tens of millions on a global scale,” he says.

There’s more potential to sell more data to companies too.

"We can become a lot better at helping businesses understand their customers better. We’re only just scratching the surface in that."