Trust the process: How the US sports mantra drives Arsenal fans apart over Mikel Arteta 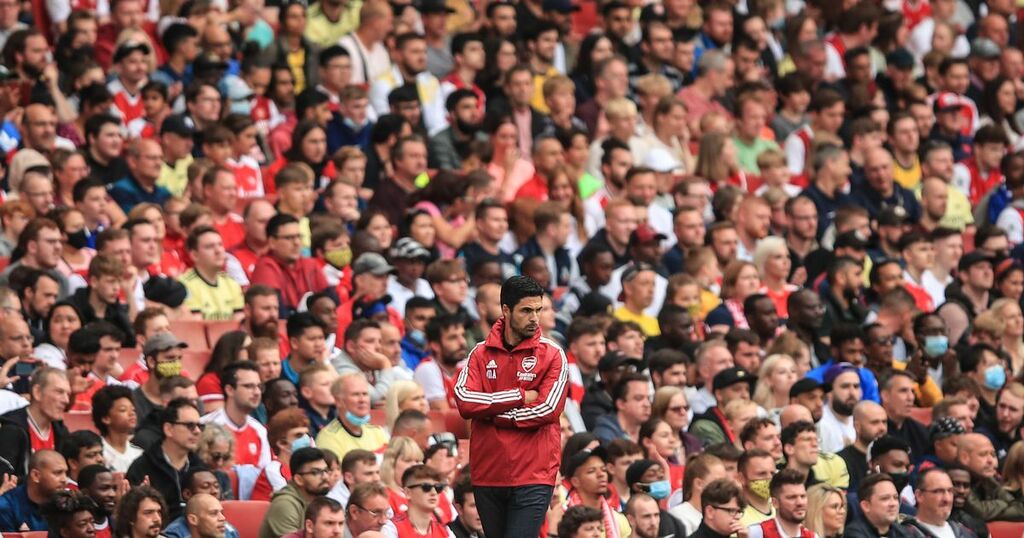 In 2013, Basketball team Philadelphia 76ers appointed Sam Hinkie as general manager and president. Hinkie's task was to rebuild the team due to the recent lack of success and poor results. His aim was to encourage the Philadelphia fans to be patient whilst the rebuilding process was ongoing.

After making it clear to the owners that he thought they were a long way off from winning big, Hinkie implemented a new strategy before taking charge of the team prior to the 2013/14 season.

However, this fresh approach wouldn't turn out to be a straightforward one, and there was an acceptance that a lot of difficult moments would be involved. Things would get worse before they got better, as the saying goes.

'Historically in the National Basketball Association (NBA), the teams that win championships rely on star players such as Michael Jordan and Lebron James.

Hinkie believed the surest way for the 76ers to get a star of that calibre was to have a high pick in the amateur draft (the annual process through which newly eligible players are selected by the NBA’s 32 teams). The highest draft picks are awarded to the worst teams, and if the 76ers were bad enough for long enough, he argued, they would eventually get a great player.'

Hinkie went on to explain why patience was so important shortly after his managerial appointment.

"We talk a lot about process, not outcome, and trying to consistently take all the best information you can and consistently make good decisions. Sometimes they work and sometimes they don't, but you reevaluate them all," Hinkie told Quartz.

The former Basketball manager brought the process idea to the table, but the origin of the phrase 'trust the process' is actually credited to former 76ers guard Tony Wroten, who said it in an interview with ESPN.

The whole purpose of the phrase was to get everyone in and around the Philidelphia 76ers to stick together, through the good times and the bad. Everyone knew that a bumpy road was ahead and dark days would occur, but no matter what, they had to keep believing.

Eight years later, the Sixers are now title contenders and have acquired some of the biggest talents in the sport, becoming relevant once again.

The story from the NBA carries over significant relevance to the Premier League, with Arsenal currently going through their own challenging process.

In 2019, the Gunners appointed Mikel Arteta as Head Coach. This would turn out to be the Spaniard's first-ever managerial role after previously being Pep Guardiola's assistant at Manchester City.

It was a huge risk, and just like Hinkie, Arteta would be tasked with rebuilding a team in complete disarray.

Speaking to the media for the first time since his appointment, Arteta's vision was reminiscent to that of Hinkie.

"We have to try to engage everybody, I have to try and convince the players about what I want to do, how I want to do it, they have to start accepting a different process, a different way of thinking, and I want to get all the staff and everybody at the club with the same mindset," said Arteta.

With the club nowhere near its aspirations, there was the anticipation that things would take time, and it wouldn't be a case of fortunes changing overnight.

The squad lacked quality in various positions, some individuals didn't want to be there, performances were underwhelming and results were unacceptable.

Despite some obstacles along the way, Arteta appeared to create a much more positive atmosphere around his players. Yes, there were still doubts surrounding his arrival, but you could slowly begin to see minor improvements from the previous regime.

In 2020, Arteta said: "We have to respect the process. We will get it right, I am convinced of that, we just need a little bit of time that's all."

Despite a disappointing league campaign, Arteta went on to lead Arsenal to FA Cup glory, with the north London side winning the competition for the 14th time. Smiles had returned and silverware was gained, but the happiness didn't last long.

The following season presented more intense and revitalised frustration after the Gunners finished in 8th place for the second consecutive Premier League season in a row. To dampen matters further, Arsenal failed to qualify for Europe for the first time in over 20 years.

There were simply no excuses, and those within the walls of London Colney knowing they had to attempt to put things right. The summer transfer window of 2021 would end up being one of the most expensive in the club's history, with over £150 million being spent on new players, all of whom are under the age of 24.

The vision is clear, Arsenal are building a squad full of young, talented players who have the potential to offer so much moving forward, with the focus very much on the long term.

It is clear to see what the club is trying to achieve, but after three defeats in the first three games of the season, patience was very quickly running out. A win against Norwich has just papered over the cracks for now.

We are now in a situation where Arsenal supporters use the process phrase in a much more negative and sarcastic way, sending a message to Arteta and the board - "Trust the process, you mean the one which has seen us make no significant progress over the last two years?", or something along the lines of that.

It is all fair and well having a plan in place, then attempting to execute it. But in order for a process to work, you need the right tools, and I fear that Arsenal have not got them.

For me, there has got to be a cut-off point. If things do not improve over the coming weeks, a decision will have to be made. Whether the hierarchy like it or not.

It took eight years for Philidelphia 76ers to return to the big time, and with the gap in quality rapidly increasing, Arsenal could be waiting a lot longer than that.

Do you trust the process at Arsenal? Follow our new Arsenal Fan Brands Writer Chris Davison on Twitter to get involved in the discussion and give us your thoughts in the comments section below.