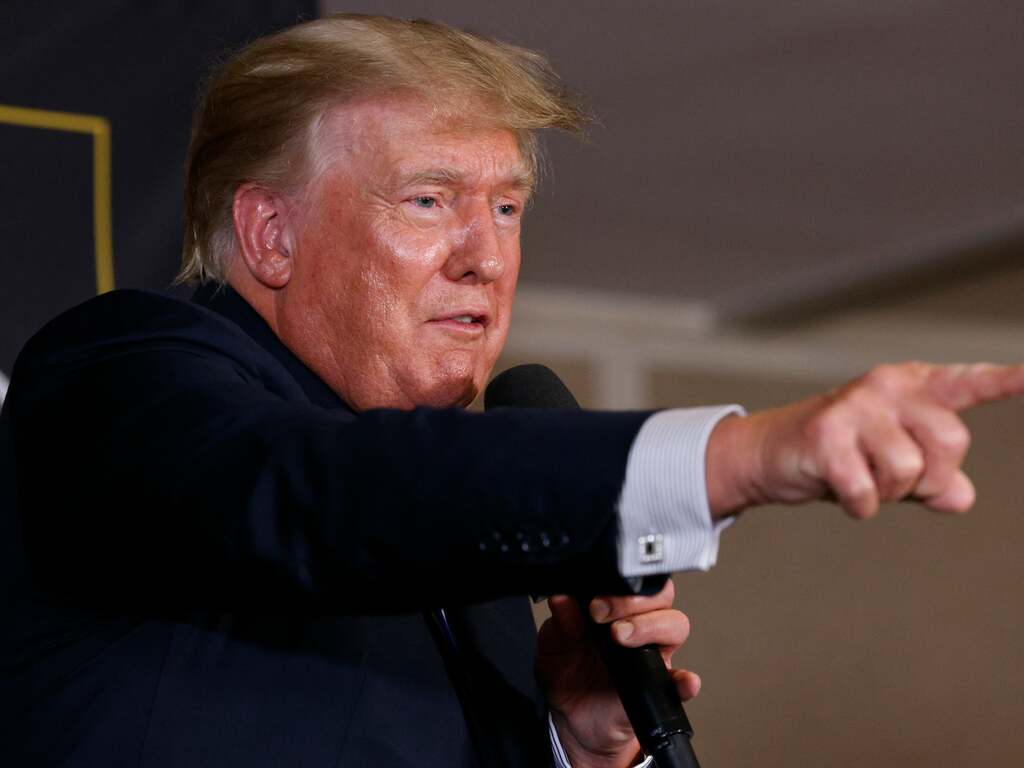 Former President Donald Trump has not only teased a 2024 presidential campaign run, but he also seems to have a new and bizarre theory that the United States will be no more in three years time.

In a Newsmax interview on Tuesday with his former White House press secretary Sean Spicer, the former commander-in-chief made the contradictory claims.

And without missing a beat, he brought up false claims again that the 2020 presidential election was rigged.

“The people of our country respect us, they love our country, and they want to see our country succeed,” Trump told Spicer before adding that the “country has gone really downhill in the last eight months like nobody’s ever seen before” without having substantial proof that this is the fate of the country.

Spicer then seemed to want to end the interview, which may have something to do with the $1.6 billion lawsuit from Dominion Voting Systems over the widespread claim that the 2020 presidential election was rigged and defaming the voting machine company.

However, he did have a final question for Trump. Noting that he has decided to run in the 2024 run for the presidency and how his supporters would be thrilled by it, Spicer asked him when he would announce his plans.

“I will probably not comment on that, but I will tell you will be very happy,” Trump responded before adding that the United States is now “a laughingstock.”

Former President Donald Trump on 2024 speculation: "I think you and a lot of other people that love our country are going to be very happy." @seanspicer @LyndsayMKeith https://t.co/VlT7z8drtO pic.twitter.com/ctcadtSyBJ

People in the video comments couldn’t help but poke fun at Trump’s sentiments.

“How do you campaign and ask people to come out and vote, at the same time that you tell them that as president you couldn’t protect their vote and had the election stolen from you?” someone wrote.

Someone else simply called him out for being a sore loser and wrote, “The election was NOT rigged. He’s such a sore loser.”

Check out some other responses below.

He appears to be pouting and whining.. https://t.co/mcjXt29sBR

… like nobody’s ever seen before… we’re not going to have a country left… https://t.co/WkWmMsthjj

The more he talks- The more I know I made the right decision https://t.co/GZy6gY0vBv

I don't think "bleak" is the word. It's going to be incredibly dangerous and destructive as he tries to goad his base on to overthrow the republic. His "campaign" will just give him a bigger platform and more access to the media. https://t.co/VEo6DjQ8be

Even Trump can’t back the controversial Texas abortion law

Rudy Giuliani pranked on Cameo and tricked into praising journalists