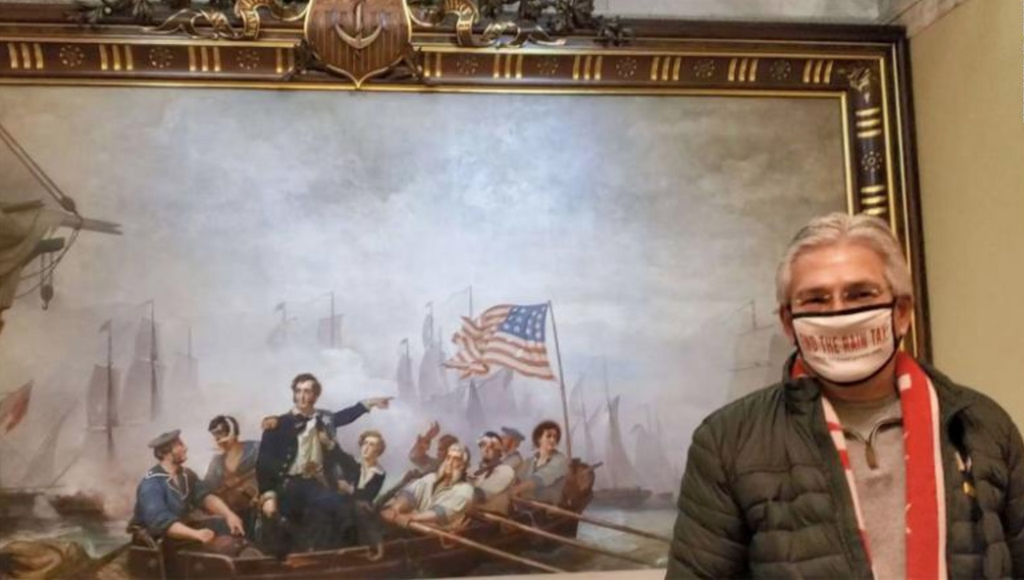 A Pennsylvania Trump supporter who chartered buses to ferry 200 residents from his hometown to the January 6 US Capitol riots has pleaded guilty to a misdemeanour charge.

Frank Scavo organised a convoy to travel from Old Forge to Washington DC for the riots, and was photographed inside the Capitol building, but later lied about unlawfully entering the building.

“We didn’t see what was going on inside the Capitol,” Scavo said in an interview with the Wilkes-Barre Times Leader, claiming his group had taken photos and left.

In fact, Scavo recorded himself on his cellphone saying “here we go” as he entered the Capitol with the mob.

After he had breached the east side of the building, he posed for a photo in front of a painting with a distinctive face mask on and recorded himself chanting, "God bless America!" and "Treason!", according to the Department of Justice.

During the eight minutes he was inside the building, he turned the camera on himself and said: “This is top-secret s***.

On Wednesday, Scavo pleaded guilty to illegally demonstrating in the Capitol, expressing his regret to the judge.

He will be sentenced on November 22. As part of the plea deal, he will have to cooperate with law enforcement’s ongoing investigation into the riots.

According to an FBI statement in March, Scavo said he organised the rental of four buses to travel to Washington DC.

“According to Scavo, as word got around, a large group of people in the Old Forge area also expressed interest in traveling to Washington. Scavo decided to charter buses due to the amount of people interested.”

More than 600 people have been arrested for their part in the January 6 riots.