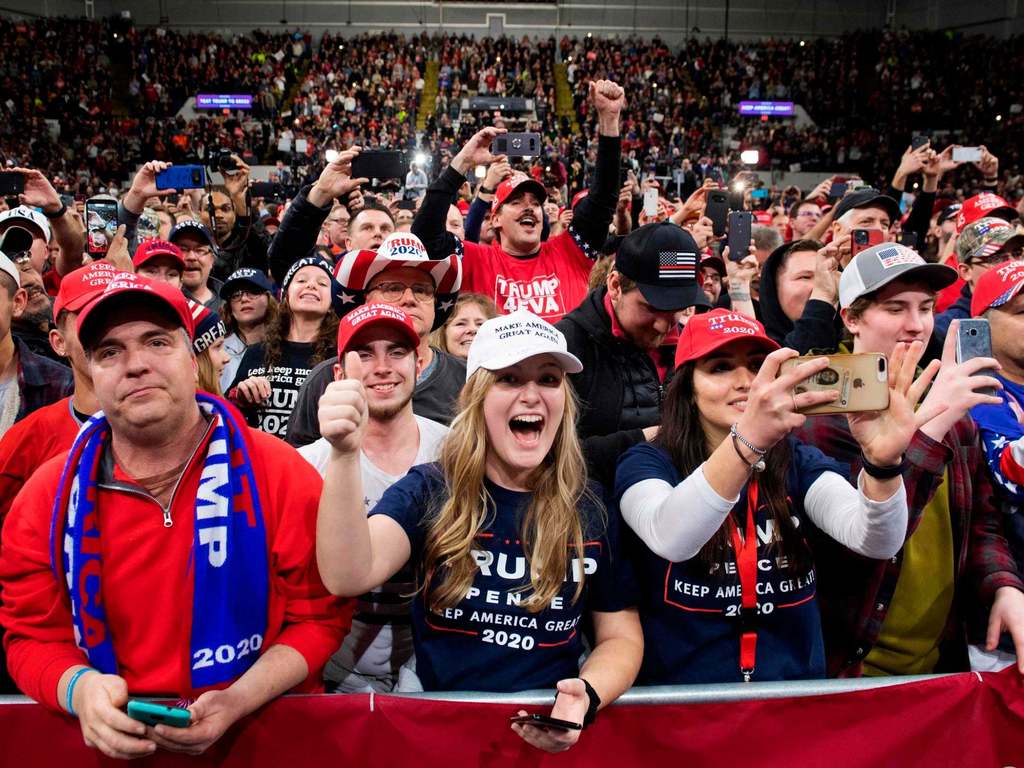 The department documented 261 new cases on Monday - a one-day record high - and another 206 cases on Tuesday, in comparison to 76 and 96 cases on the Monday and Tuesday prior to president Trump’s event.

“In the past few days, we’ve seen almost 500 new cases, and we had several large events just over two weeks ago, so I guess we just connect the dots,” said Dr. Dart.

Some 6,200 people attended Mr Trump’s event at the 19,000-seat BOK Center arena in June – with Covid-19 concerns an apparent deterrent for some.

Trump campaign spokesman Tim Murtaugh said in a statement that the campaign had worked to ensure its supporters were protected.

“There were literally no health precautions to speak of as thousands looted, rioted, and protested in the streets and the media reported that it did not lead to a rise in coronavirus cases,” said Mr Murtaugh,

“Meanwhile, the president’s rally was 18 days ago, all attendees had their temperature checked, everyone was provided a mask, and there was plenty of hand sanitiser available for all.

“It’s obvious that the media’s concern about large gatherings begins and ends with Trump rallies,” he said.

Although masks were handed to supporters, pictures showed that most people were not wearing one.

At the same time, those who have taken to the streets to protest against racism and police violence have been seen masked at the outdoor protests.

According to Columbia University professor Jeffrey Shaman, some six weeks on from Black Lives Matter protests in New York, that “there wasn’t any change in case numbers that could be really attributed to an anomaly like the protests,” he told Healthine.

In comparison, six Trump campaign personnel, two secret service personnel, and one reporter all tested positive with Covid-19 after the Trump event.

The president’s campaign said on Sunday that another event will be held in New Hampshire on Saturday, where Covid-19 cases have been steady.