Although there are many rivals for the title, this week’s FBI search at Mar-a-Lago, the apparent mishandling of classified information that led to it, and the political fallout since is close to the paradigmatic Donald Trump scandal.

The story is at once totally new and unexpected and yet entirely of a piece with everything we know and have seen from Trump. Both Trump and his most bitter opponents have noted that the search of a former president’s home is unprecedented—Trump to claim it was unjust, his critics to highlight his misdeeds—but it shares three important characteristics with previous Trump scandals. First, Trump is singularly terrible at keeping secrets. Second, Trump always says that what Democrats, especially Barack Obama, did was worse or caused it. Third, there are always more developments yet to come, and it always gets worse.

Documents about Tuesday’s search released today don’t offer many details, but they indicate that agents seized “miscellaneous top secret documents.” The warrant also cites three federal laws: the Espionage Act, which involves information about national defense; a second that involves obstruction of investigations by destroying or hiding documents; and a third related to unlawful removal of records.

[David A. Graham: Trump is a flat circle]

None of these documents describe the specific contents of what was seized, but The Washington Post reports that FBI agents were seeking “classified documents relating to nuclear weapons” when they executed their warrant. The New York Times says simply that documents involved “related to some of the most highly classified programs run by the United States.” The Wall Street Journal adds that agents seized 11 sets of classified documents, “including some marked as top secret and meant to be only available in special government facilities.”

In statements responding to the stories, Trump didn’t bother to deny the claims about nuclear information. “President Barack Hussein Obama kept 33 million pages of documents, much of them classified. How many of them pertained to nuclear? Word is, lots!” In a second statement this afternoon, he added, “Number one, it was all declassified. Number two, they didn’t need to ‘seize’ anything. They could have had it anytime they wanted.” Trump has no evidence for his claim about Obama’s presidential papers including nuclear secrets (and the National Archives already released a statement disputing Trump’s claim); he has offered no proof the information seized was declassified (the cited laws would apply anyway, and as my colleague Graeme Wood writes, even the president can’t declassify nuclear secrets); and the Department of Justice seems to have sought the warrant only after Trump failed to turn over all documents that the government requested.

[Read: Did Trump pass Israeli intelligence to the Russians?]

The idea that a former president would be investigated for absconding with sensitive nuclear secrets is almost unbelievable. Speaking on CNN on Tuesday, the longtime Republican operative Alice Stewart set a hyperbolically high bar for the search. “Doing such a raid to this magnitude, a search to this extreme—anything short of finding the nuclear codes at Mar-a-Lago is going to hugely backfire on the Biden administration,” she said.

In fairness to Stewart, how could she have known? And yet, how could she have been so naive? He’s been here before. Trump is both an inveterate braggart and a terrible secret-keeper. In May 2017, the same week he fired FBI Director James Comey for refusing to protect him personally, Trump disclosed classified information (reportedly obtained from Israel) to the Russian foreign secretary and ambassador during a White House meeting. In April 2019, he posted a photo of an explosion at an Iranian facility, over the objections of intelligence officials, who worried it would undermine future American spying. Later that year, he blabbed about nuclear systems to the reporter Bob Woodward.

Woodward’s sources were surprised by Trump’s loose lips, but they shouldn’t have been. Trump most likely wasn’t sharing these things because they were national-security matters; he was sharing them because they were secrets he could share. This is, after all, a man who leaked about his own extramarital affair to the press. In any case, the U.S. intelligence community became consistently worried about sharing secret information with Trump, for fear he’d spread it, as Mark Mazzetti of The New York Times notes.

The deflection to Obama, conspicuously including the 44th president’s middle name, is telling as well. Trump’s political career is comprehensible only as a response to his predecessor. Though he’d flirted with politics in the past, Trump only began exploring the possibility seriously after Obama’s election. His political movement was driven by racial backlash against a Black president. Specifically, Trump became a political player by making himself the foremost spokesman for the false claim that Obama had not been born in the United States and was not a citizen, and many accounts of his decision to run for president pinpoint Obama ridiculing him at the 2011 White House Correspondents’ Dinner as a turning point.

Ever since, Trump has sought to blame Obama whenever he gets into a scrape. When he was criticized for sycophancy to Russia’s Vladimir Putin, he accurately pointed out that Russia seized Crimea during Obama’s presidency. When his former national-security adviser Michael Flynn was accused of lying to the FBI, Trump insisted without evidence that this was a conspiracy by the Obama administration. Now he’s turning to whataboutism to defend himself in the document fiasco.

His political allies are ready to buy this argument. The Mar-a-Lago search has, at least initially, rallied the Republican Party around him after months of attenuation. That could change based on new information, but in the past the pattern has been for Republicans to first recoil from Trump and then regroup around him. They haven’t even bothered with the first step here.

[David A. Graham: The paperwork coup]

Yet the warrant serves as a reminder of a lesson of the Trump administration that could otherwise be forgotten with time: The story always gets worse. After Trump attempted to steal the 2020 election and then incited a violent mob to attack the Capitol to disrupt Congress, one might have imagined Trump had just about reached his nadir. Once you’ve disrupted the peaceful transfer of power, what other depths are there to plumb? And yet the investigations into the paperwork coup and January 6 insurrection have continued to turn up disturbing details, revealing Trump’s role in the whole nightmare to have been one not of passive acceptance but active instigator.

One can never take comfort in the idea that surely the worst has already come to pass with Trump. Who could have imagined things getting worse than the Access Hollywood video? Or than the week of the Comey firing? Or than the coddling of neo-Nazis marchers in Charlottesville, Virginia? Or than attempted blackmail of the Ukrainian government for electoral gain? Every time, Trump manages to find a new way to shock and appall, and every story gets worse. 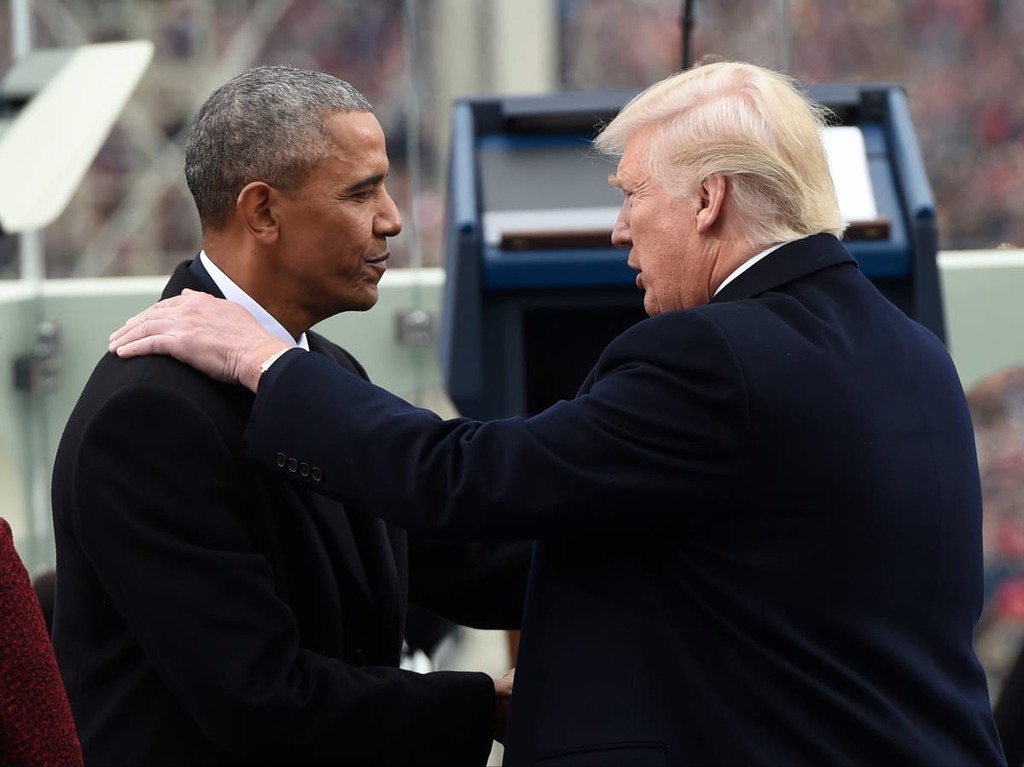 The Independent UK
From analysis to the latest developments in health, read the most diverse news in one place.
Trump under investigation for potential violations of Espionage Act, warrant reveals

The Guardian - US
Here's what the FBI were looking for and what they took from Donald Trump's Florida home, according to the search warrant and seizure log

A list of items seized from Donald Trump's Florida mansion includes 20 boxes of documents, photos and a handwritten note.…

Some records were marked “sensitive compartmented information,” a category meant to protect the nation’s most important secrets — secrets that,…

Trump is under investigation for violations of the Espionage Act, as well as obstruction of justice, according to documents unsealed…

Roll Call
One place to find news on any topic, from hundreds of sites.
Donald Trump's Handling of Classified Material Looks Worse Than Hillary Clinton's

The former president thought his 2016 opponent should go to prison for recklessly endangering national security.