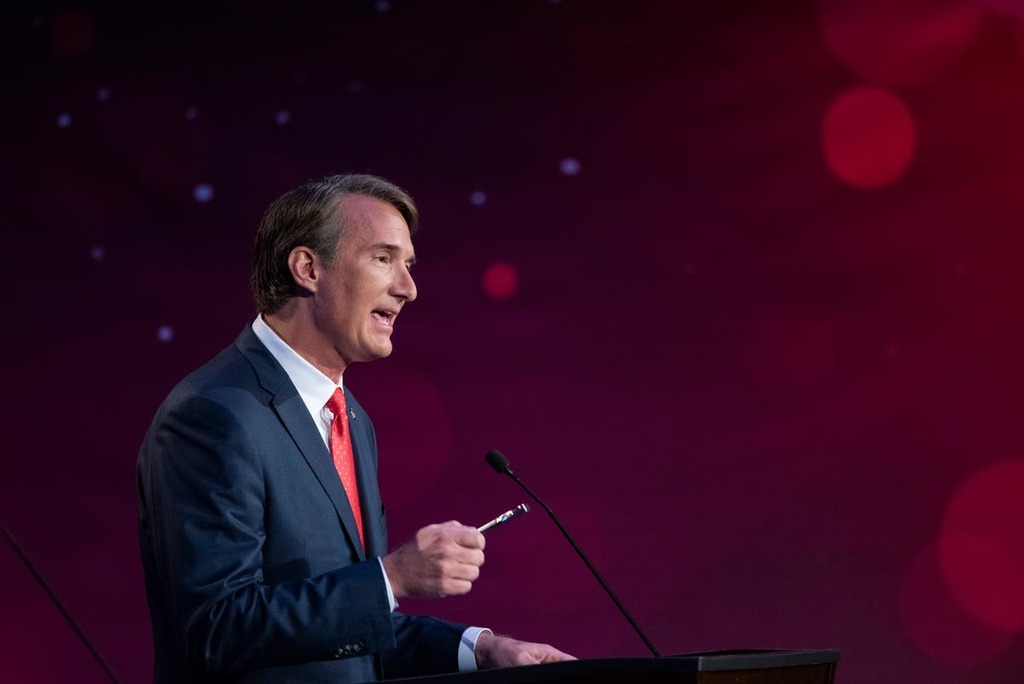 Republican Glenn Youngkin has not talked much about the 2020 election, President Donald Trump s lies about fraud and the insurrection on Jan. 6. But when he has, it has not gone smoothly.

The GOP nominee for governor of Virginia argued this week that the state's voting machines must be regularly audited, suggesting that would ensure “everybody can trust” the process. Left unsaid was that the machines already undergo annual audits.

The comment followed a recent interview in which Youngkin did not directly say whether he would have voted to certify Democrat Joe Biden s victory, had he been in Congress. He later followed up to say he would have.

The murky answers and clarification underscore Youngkin's dilemma when it comes to talking about last year's election. False claims and misinformation about the results are so widely believed by Republican voters that disputing the lies can be politically risky. For months, while running for his party's nomination, Youngkin declined to say whether Biden was legitimately elected.

Now, in a general election, vying for votes in a tight race in left-leaning Virginia, Youngkin has tried to resist being branded as a election denier or letting Democrats tie him to Trump's false claims.

The former president hasn't made it easy. His political action committee sent an email late Wednesday highlighting a story about Youngkin's comments, writing: “ICYMI: ‘Youngkin calls for audit of voting machines in Virginia.’"

Trump has been pushing Republicans in battleground states to stage “audits” of the results. He is unbowed by the fact that the most high-profile examination — a partisan review of ballots in Arizona's largest county — turned up no evidence that the election was stolen.

Democrats seized on the emailed remarks as a sign that the two men are aligned.

“Last night’s endorsement made the fifth time that Donald Trump has publicly endorsed Glenn Youngkin,” Democratic Party of Virginia chairwoman Susan Swecker said in a call with reporters Thursday. “Glenn just can’t get enough and he continues to be all in on Donald Trump’s baseless election conspiracy theories that erode our democratic processes and lead, as we have all seen, to violence.”

Youngkin's opponent, former Gov. Terry McAuliffe quickly released an ad focused on Youngkin's remarks, which overlaid audio of the Republican with shaky video footage of the Jan. 6 insurrection at the U.S. Capitol.

“Glenn Youngkin’s priorities are clear: he is running for governor to bring Donald Trump’s dangerous conspiracy theories to Virginia,” McAuliffe said in a statement.

The comments from Youngkin, a businessman and first-time political candidate, came while he was speaking to a historically Black voting rights group, the Richmond Crusade for Voters, on Monday.

Asked a question about whether he would sign legislation restricting voting rights, Youngkin responded by saying he wanted to restore trust in the election process. He proposed removing the Department of Elections from the purview of the governor's office and making it “independent,” restoring a voter ID requirement and making sure “voter rolls are updated.”

McAuliffe approved a bill in 2017 that outlined procedures for the existing audits, and his campaign said Thursday he still supports the law.

Asked Thursday for additional comment about his remarks, Youngkin spokesman Matt Wolking emphasized that Youngkin has been calling for audits since February and said if elected “he will ensure Virginia continues to conduct audits going forward and that they are thorough, efficient and accurate.”

Youngkin made “election integrity” central to his campaign early on. In February, when asked by The Washington Post if Biden was legitimately elected, he declined to say.

But since winning the nomination in May, Youngkin has acknowledged Biden’s win and mostly focused on other issues.

“I’ve said over and over again that Joe Biden’s our president,” Youngkin said during his first debate against McAuliffe. “I wish he wasn’t.”

In the second debate, he said “there wasn’t material fraud” and “the election was certifiably fair.”

He hasn't entirely dropped the topic, though. He spoke at an “election integrity” rally at Liberty University, the conservative, Christian campus that's a popular campaign spot for GOP candidates, in August. Earlier in the summer, he failed to refute a conspiracy theory an attendee raised during a campaign event, according to an exchange captured on audio and first reported by the Huffington Post.

After the attendee suggested Trump could be restored to office, Youngkin responded: “I don’t know the particulars about how that can happen, because what’s happening in the court system is moving slowly and it’s unclear. And we all know the courts move slowly.”

Biden was certified as the winner and sworn into office in January. There is no court case pending that would reverse the outcome.

Youngkin has also drawn criticism for welcoming the support of state Sen. Amanda Chase, who has embraced election conspiracy theories, at his campaign events. And two weeks ago, he did not directly respond when asked by an Axios reporter if he would have voted to certify the 2020 election, had he been in Congress.

A day later, he clarified and said he “absolutely” would have.

Tucker Martin, a Virginia-based Republican consultant and former communications director for former Gov. Bob McDonnell, said that with the race close and in its final stretch, the McAuliffe campaign has reason to link Youngkin to Trump — it will fire up the Democratic voters who delivered the state to Biden last year.

“This is what the Democrats are going to do to Glenn Youngkin, from here till the election ends. They need to find any possible opportunity to remind voters that Glenn Youngkin is part of Donald Trump’s party.”