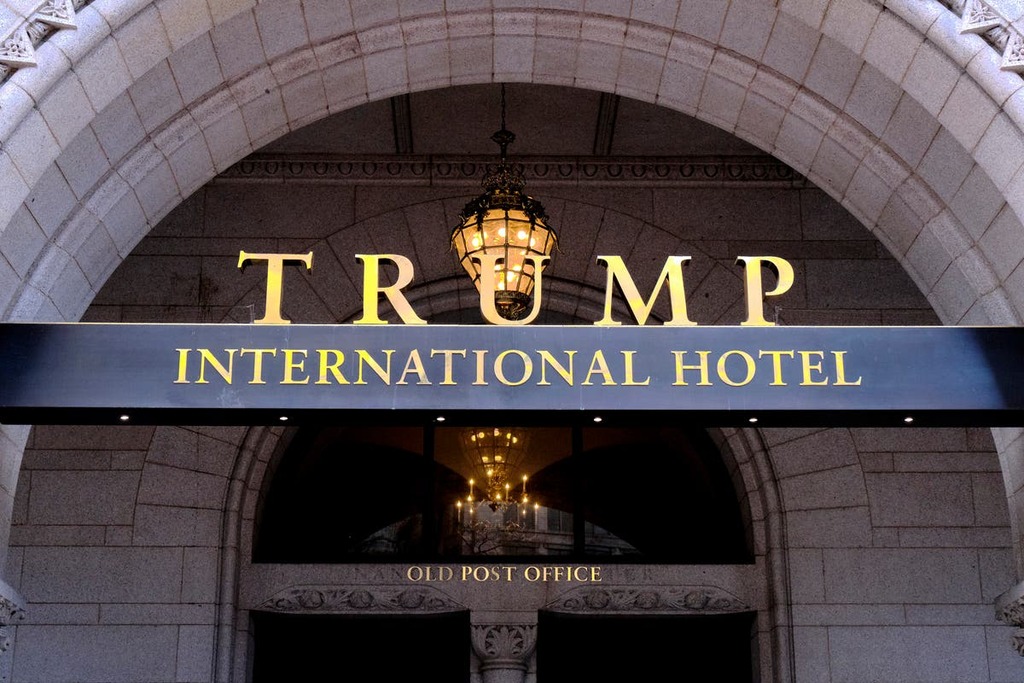 Donald Trump’s Washington, DC hotel lost more than $70m over the four-year period he was in the White House, according to documents released by the House Oversight Committee.

In the four-year period from 2016 to 2020, the Trump International Hotel in the former Post Office Building on Pennsylvania Avenue, which is leased from the government, generated an income of $156m.

However, over that same period, coinciding with Mr Trump’s time occupying the White House a few blocks away, the property made a net loss of more than $70m.

This is the first time that Congress has been able to investigate and make public details of the former president’s finances, though they have been already been reviewed by the Manhattan district attorney, and the New York attorney general.

The documents were provided to the oversight committee by the government’s General Services Administration (GSA) and were prepared by WeiserMazars LLC, Mr Trump’s accountant.

Further examination of the records shows that the hotel had to be loaned a total $27m from another Trump holding company, DJT Holdings LLC, between 2017 and 2020. Of that over $24m was not repaid and was converted into capital contributions.

During the Trump presidency, Congress persistently sought details of foreign payments to Trump businesses. According to the committee, the Trump Hotel received more than $3.7m from foreign governments during Mr Trump’s time in office. This amount would have been sufficient to cover over 7,400 nights at the Trump Hotel at the average daily rate.

This raises concerns about possible violations of the Constitution’s foreign emoluments clause, which says that Congress should approve any gifts to officeholders from foreign governments.

They question the former president’s failure to disclose significant losses and debts in public filings and lease documents, and his conflicts of interest as president.

“The documents provided by GSA raise new and troubling questions about former president Trump’s lease with GSA and the agency’s ability to manage the former president’s conflicts of interest during his term in office when he was effectively on both sides of the contract, as landlord and tenant,” they wrote.

In addition to allegedly providing misleading information about the financial situation of the Trump Hotel in annual financial disclosures, the committee believes that Mr Trump received undisclosed preferential treatment from Deutsche Bank on a $170 million loan to the hotel that he had personally guaranteed.

The terms of the loan required repayments to begin in 2018, but were revised that year to allow a deferment of six years, the committee says.

Without this deferral, the hotel may have needed to pay tens of millions of additional dollars to Deutsche Bank at a time when it was already facing steep losses, they contend.

However, a source says that the committee is making these assumptions solely based on the Mazars reports and that the loan agreement was not amended before, during, or after the Trump presidency.

A spokesperson for the bank told The Independent: “The committee’s letter makes several inaccurate statements regarding Deutsche Bank and its loan agreement.”

The committee also claims that the Trump Organisation concealed hundreds of millions of dollars in debts from the GSA when bidding on the Old Post Office Building lease, and made it impossible for the GSA to “properly enforce the lease’s conflict-of-interest restrictions by engaging in opaque transactions with other affiliated entities”.

More documents have been requested from the GSA to further pursue investigations into the Trump organisation’s hotel lease.

Upon taking office in 2017, Trump resigned from his companies and transferred his assets into a trust run by his sons, Don Jr and Eric. This allowed him to continue to benefit financially from the businesses that bear his name, including the Washington hotel.