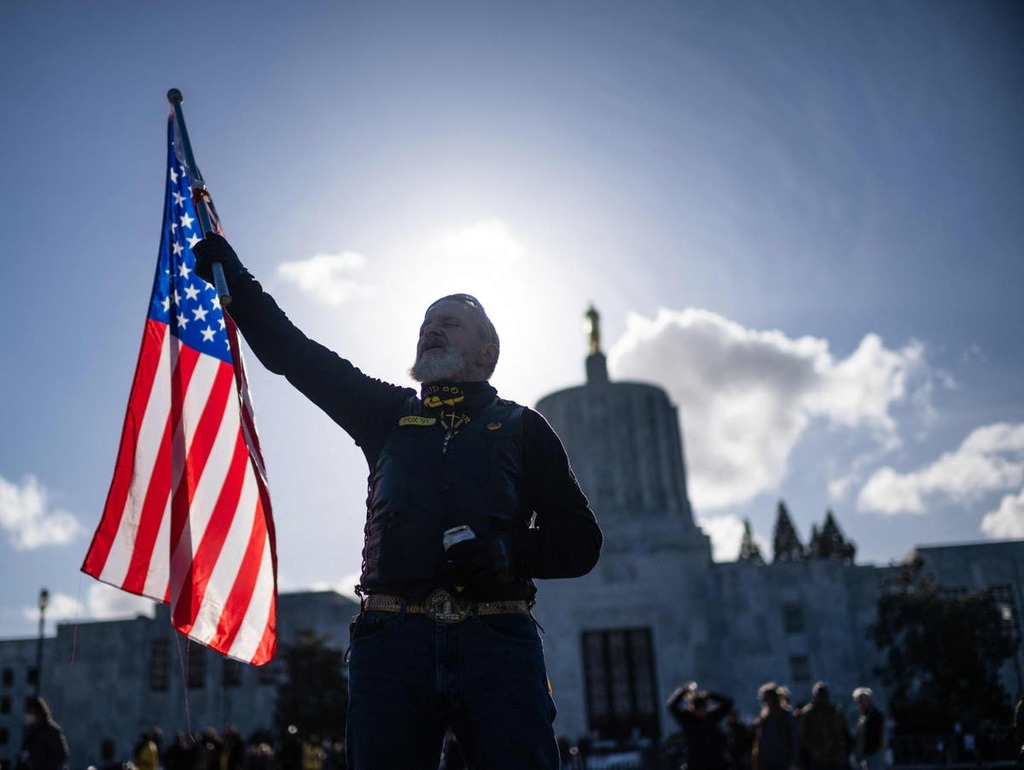 Donald Trump has furthered another baseless conspiracy theory about the Capitol riot by promoting the claim that federal agents were behind the attack.

The former US president said in a statement on Sunday that “Americans aren’t buying into the” work of a bipartisan House committee investigating the 6 January 2021 attack on the US Capitol, and referred to the term “fedsurrection”.

Darren Beattie, a former Trump White House speechwriter who was fired for ties to white nationalists and then rehired, has been among the biggest proponents of the theory.

Mr Trump wrote: “Congratulations to Darren Beattie and Revolver News who have exposed so much of the Fake News’ false narrative about January 6th.”

“Because of Darren's work, and others, Americans aren't buying into the Unselect Committee's attempts to smear 75 million (plus!) Americans.”

“The newly minted term ‘Fedsurrection,’ was even trending!”

On Thursday, Mr Beattie alleged in an interview with Republican congressman Matt Gaetz that a passenger onboard a “Hippies for Trump” bus stopped outside the justice department on 5 January 2021 was behind the removal of fencing.

“[That] created the conditions for the Trump rally to turn into the Capitol riot”, Mr Beattie argued, and said Trump supporters had “no idea they were trespassing”.

Many of the 738 people arrested by the FBI for 6 January were charged with trespassing, among a number of crimes.

Mr Beattie finished by asking Mr Gaetz: “What are the chances that this guy who was stopped in this bizarre ‘Hippies for Trump’ van with explosives and firearms right outside the Department of Justice and let free then, just happens to be one of the key individuals removing fencing to allow for the riot to occur on January 6?”

“We know they know who is, and he’s unindicted”.

Although the claim that a “Hippies for Trump” van was behind the attack on the Capitol and widely shared online in the week of the first anniversary, it has no basis in reality.

The Independent has approached the Justice Department for comment.