Surrounded by his cheering allies at the White House, Donald Trump celebrated his acquittal in his impeachment trial after after appearing at the National Prayer Breakfast brandishing aloft newspaper front pages announcing Wednesday's landmark decision.

The president also used the occasion to attack House speaker Nancy Pelosi and Utah senator Mitt Romney, the lone Republican to vote "guilty" with Democrats after excoriating the president in the blistering Senate speech.

Wednesday's Senate vote on the two articles laid against him by the House of Representatives – abuse of power and obstruction of Congress – was split largely along party lines with only Mr Romney daring to break ranks, denouncing the president’s “appalling abuse of public trust” in an emotional speech from the floor that earned him the ire of a vengeful Republican Party, with members calling for his expulsion and likening him to Judas Iscariot and Benedict Arnold.

At her weekly conference, Ms Pelosi criticised Mr Trump's rally-like State of the Union address as a "the compilation of falsehoods" and said she now-famously ripped up a copy of his speech to "clearly [indicate] to the American people that this is not the truth" as the president's allies applauded his remarks.

In preparation for his remarks, White House press secretary Stephanie Grisham ominously told Fox News that Mr Trump planned to talk about “how horribly he was treated and that maybe people should pay for that”, suggesting a threatening remainder of his term in office following his opponents' failure to remove him. The White House also issued anti-Romney talking points attacking him as a self-serving politician with a history of flip-flopping.

Mr Trump called the Russia investigations against him as "bulls***" and attacked former FBI Director James Comey, among several targets in his address (Ms Pelosi, Adam Schiff, Barack Obama, Hillary Clinton, Joe Biden, Robert Mueller,  the FBI's "top scum" and "crookedest and most corrupt", among them).

The remarks went quickly off the rails, from reenacting the shooting of Congressman Steve Scalise to praising Congressman Jim Jordan's looks, briefly addressed the leaked Access Hollywood tape in which he gloats about assaulting women, and leading standing ovations for his legal defence team and Senate Majority Leader Mitch McConnell.

Meanwhile, the results of the Iowa Caucus, the first state to host an election in the 2020 Democratic presidential primary race, are nearly complete, with 97 per cent of the vote totals showing a razor-thin delegate win for Pete Buttiegieg and a majority vote victory for Bernie Sanders, who collected more votes than his opponent.

The candidates are now campaigning in New Hampshire ahead of that state's primary on 11 February. The president will hold a rally in the state on 10 February. 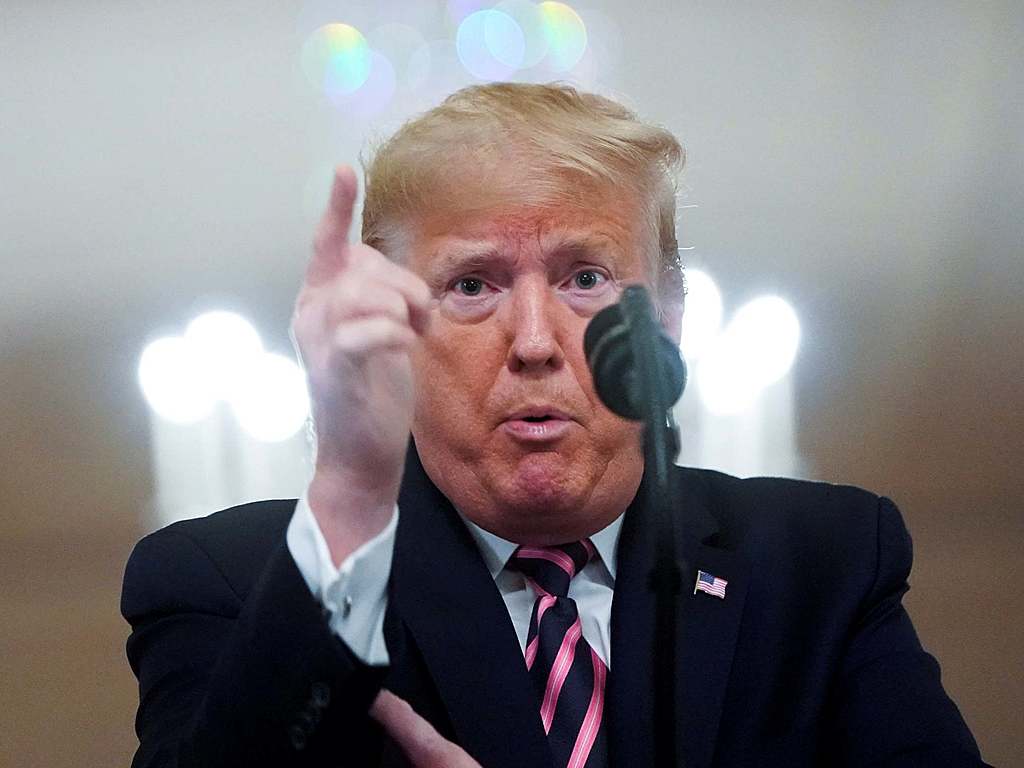 The Independent UK
One subscription that gives you access to news from hundreds of sites
Trump impeachment news: President tweets video boasting about re-election as Senate votes to acquit president

The Independent UK
State of the Union: Trump interrupted by chanting as Pelosi rips up address on live TV