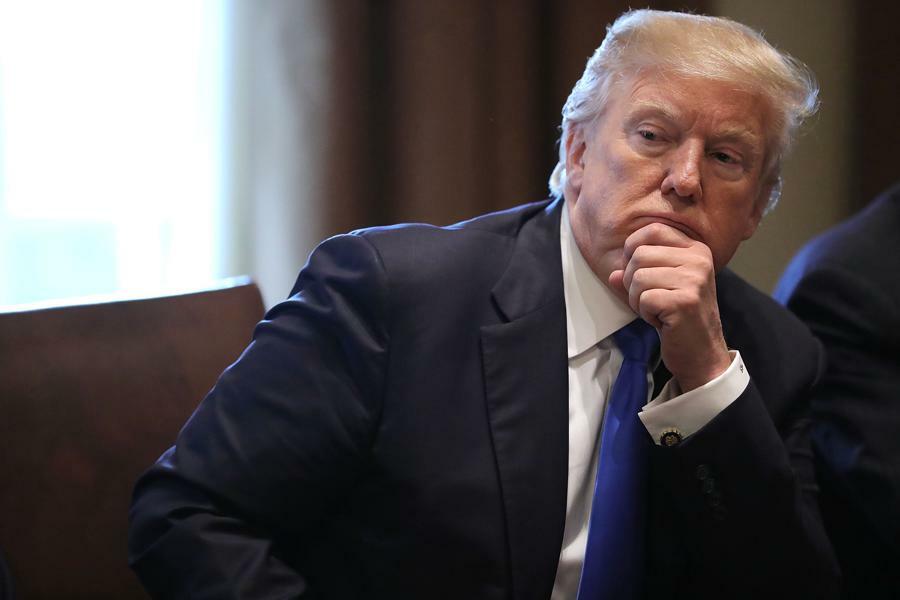 Former President Donald Trump took a swipe at politicians who won’t disclose whether they’ve had a Covid-19 vaccine booster shot, calling them “gutless” in an interview with a far-right cable channel Tuesday, in what appeared to be a jab at Florida Gov. Ron DeSantis (R), who gave an unclear answer on Fox News last month about whether he’d received a third dose.

Trump told One America News in an interview aired Tuesday evening he had watched a few politicians dodge questions about whether they’ve received a booster shot “because they’re gutless.”

He said politicians should disclose their booster shot status “whether you had it or not.”

His comments appear to be aimed at DeSantis, who was criticized last month after he told Fox News he had received “the normal shot” when asked if he had been boosted.

DeSantis spokesperson Christina Pushaw tweeted earlier this month that she’s “not privy to the Governor’s personal medical decisions” and that he is of the position that getting a booster shot “should be a personal choice.”

During the Tuesday interview, Trump said he thinks “vaccines saved tens of millions throughout the world” and that he has experienced “absolutely no side effects” after getting boosted.

36.7%. That’s the percentage of 208 million fully vaccinated Americans who have received a booster dose, according to the U.S. Centers for Disease Control and Prevention. Scientists and health experts have repeatedly said a booster shot significantly decreases hospitalization and the possibility of developing severe illness after people test positive for the virus.

Last month, Trump said he had received a vaccine booster after saying he “probably” would not get one. Trump has touted Operation Warp Speed’s support for the development of Covid-19 vaccines, seeking to take credit for them as a major achievement under his watch. In an interview with right-wing pundit Candace Owens last month, Trump said Covid-19 vaccines were “one of the greatest achievements of mankind,” claiming he “came up” with three vaccines. However, critics have pointed to Trump’s lack of effort to encourage Americans to get vaccinated. Polls have consistently shown that vaccine hesitancy and holdout are the highest among Americans who identify as Republicans.

Trump Tells Candace Owens That Covid-19 Vaccines Work: ‘One Of The Greatest Achievements Of Mankind’ (Forbes)