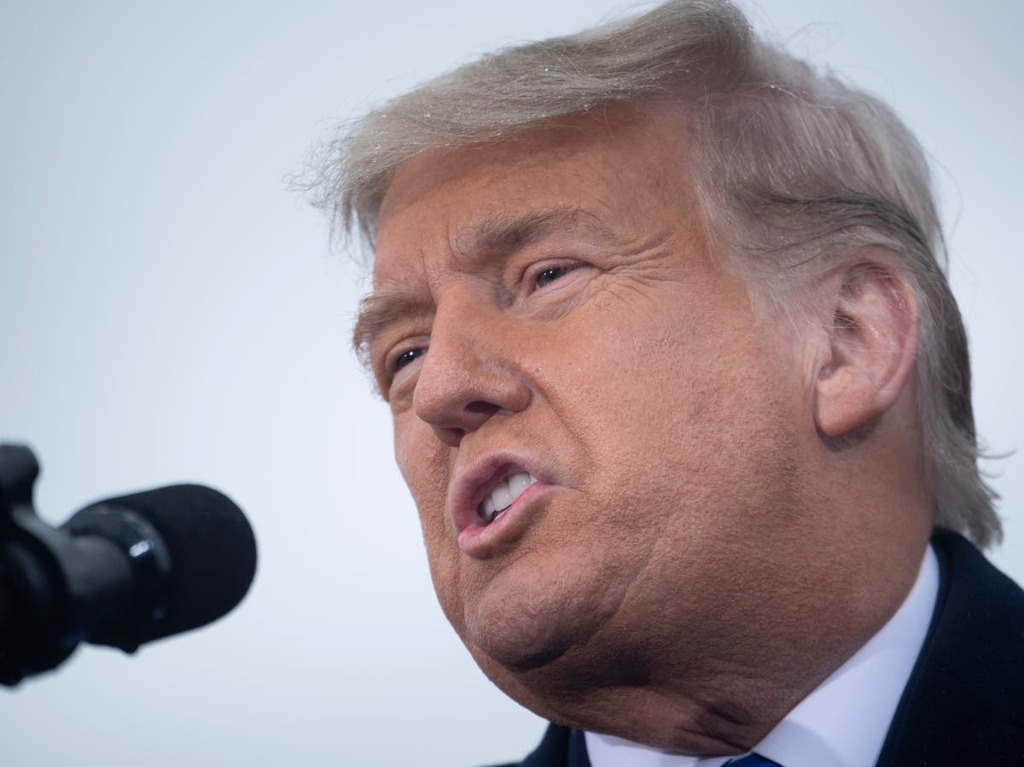 Mr Trump appeared on Newsmax this week, where he claimed that the recall election of California's Governor Gavin Newsom is "probably rigged." He provided no evidence for his claim, which he made only days before the election’s deadline on 14 September.

The move is likely a bit of preemptive damage control, as polling has suggested that Mr Newsom will likely survive the recall attempt.

Politico spoke with California State Assemblymember Chad Mayes – formerly a Republican, now an independent – who said his phone has been awash with texts "saying 'don't let them steal it.'"

“It’s this constant messaging that somehow if Republicans lose elections, it’s because of voter fraud. It is wrong, it is dangerous, and it needs to stop,” Mr Mayes told the publication.

Mr Trump is not the only Republican pushing the preemptive voter fraud claims. Larry Elder, the state's Republican front runner should Mr Newsom be recalled, has urged his followers to report "suspicious" recall activity and said he is ready to file a lawsuit challenging the election's results. He is also a believer in Mr Trump's fraudulent claims that the 2020 election was stolen.

Tomi Lahren, a right wing media figure, claimed on Fox News that Mr Newsom would only survive the recall through election malfeasance.

“The only thing that will save Gavin Newsom is voter fraud,” she said.

The Republican obsession with eroding trust in the democratic process has had tangible results on voters' actions, not all of which have been beneficial to the party.

In California, Republicans frequently voted early using mail in ballots, but Mr Trump and his Republican allies' constant hammering on mail-in voting as unreliable has caused hesitation among conservative voters while casting their ballots. Democrats have returned far more early-voting ballots than Republicans in the state, suggesting a significant shift in how Republicans vote.

“You’ve got the fear factor where all the Republicans are holding onto their ballots because Donald Trump made the statement prior to Georgia, ‘hold on to your ballots, don’t vote in person’,” pro-recall consultant Anne Dunsmore told Politico. “I got all of these crazy responses of, ‘it’s a wasted vote.’”

Similarly, Mr Trump and his allies' constant attacks on vote integrity have been blamed for the election losses of Republican Senators Kelly Loeffler and David Perdue in Georgia's 2020 run-offs.

"Telling everyone that the race was stolen when it wasn't cost the Republicans two Senate seats," Erick Erickson, a conservative radio show host and blogger in Georgia, said. "The going all-in on the cult of personality around President Trump hurt them as a result. They had to play up this, 'There's no way Donald Trump could have lost. It had to be stolen from him.' "

The voter fraud messaging has left the California Republican Party with the difficult task of convincing its voters to participate in elections that party leaders have repeatedly said are invalid.

Jessica Milan Patterson, the party's chair, explained how the party hoped to square those seeming incongruous ideas in the minds of its voters.

“I think making sure every voter is educated on the way they can vote and putting these security measures into place, being preventative, being proactive will help people gain confidence in the way they are voting,” she said “This is what we’re doing at the California Republican Party. It doesn’t really matter to me what else is going on outside of that — I want people to vote. I want people to have confidence in their vote.”