In the lead-up to the 2016 election, White House aide Stephen Miller sought to promote white nationalism, far-right extremist ideas and anti-immigrant rhetoric through the conservative site Brietbart, according to a report by the Southern Poverty Law Centre (SPLC).

The report is the first installment in a series that draws on more than 900 leaked emails that Mr Miller sent to a Breitbart writer over a 15-month period between 2015 and 2016.

The report describes Mr Miller’s emails as overwhelmingly focused on race and immigration and characterises him as obsessed with ideas like “white genocide” (a conspiracy theory associated with white supremacists) and sharply curbing non-white immigration.

In the wake of the news on Tuesday, at least one member of Congress, Alexandria Ocasio-Cortez, called for Mr Miller to resign.

Mr Miller did not respond to a request for comment. White House press secretary Stephanie Grisham said via email that she hasn’t seen the report, but she called the SPLC “an utterly-discredited, long-debunked far-left smear organisation”.

“They are beneath public discussion, even in The Washington Post,” Ms Grisham said of the civil-rights nonprofit.

Among the more damning email exchanges highlighted in the SPLC report is one that shows Mr Miller directing a Breitbart reporter to aggregate stories from the white supremacist journal American Renaissance, or “AmRen,” for stories that emphasise crimes committed by immigrants and non-whites.

In another, Mr Miller is apparently upset that Amazon removed Confederate flag merchandise from its marketplace in the wake of the 2015 Charleston church massacre. Others reportedly show him promoting The Camp of Saints, a racist French novel popular among white nationalists.

The SPLC’s report indicates that Miller was widely successful in moulding the race and immigration-focused stories that appeared on Brietbart. It repeated details of how an email from Mr Miller corresponded to a related article later appearing on the site.

The trove of emails was provided to the SPLC by Katie McHugh, a former Breitbart writer and editor who exchanged scores of messages with Mr Miller during his time transitioning from a press aide for then-Senator Jeff Sessions to a senior adviser with then-candidate Donald Trump‘s presidential campaign.

Breitbart fired Ms McHugh in 2017 over anti-Muslim tweets. Ms McHugh has since denounced her association with white nationalism and the far-right.

The SPLC shared with The Washington Post seven pages of emails that are directly referenced in the report by SPLC investigative reporter Michael Edison Hayden.

“[Ms McHugh] is well aware of the risks she took in giving us the material and confirming information,” Mr Hayden said. “I think that’s incredibly brave.”

The Washington Post has not independently verified the emails, and Ms McHugh could not be reached for comment.

SPLC investigative reporter Michael Edison Hayden said he reached out to Ms McHugh earlier this year as she was formerly on the periphery of several extremist groups he was following.

Ms McHugh was familiar with his work, Mr Hayden said, and mentioned having materials she wanted to show him. After allowing him to view the emails on what Mr Hayden recalled was “a very old computer”, Ms McHugh ultimately decided to release the emails to him.

“What Stephen Miller sent to me in those emails has become policy at the Trump administration,” Ms McHugh said, according to the SPLC.

Several years on from the email exchanges, Mr Miller is likely at the height of his power within the West Wing.

Mr Miller is one of Mr Trump’s longest-tenured advisers – along with Kellyanne Conway and Mr Trump’s daughter Ivanka and son-in-law, Jared Kushner – and the most influential adviser shaping the Trump administration’s immigration policies.

Mr Hayden typically reports on white nationalism and neo-Nazis. He said that while he was conscious of the Trump administration “as any American would be”, he wasn’t paying particular attention to Mr Miller.

“I never had any ambition of writing any kind of piece exposing Stephen Miller. I took him to be part of the Trump culture but not something that was in my lane.” Looking at Mr Miller’s emails changed that, Mr Hayden said.

Excerpted emails shared with The Washington Post show Mr Miller drawing on stories from outlets such as the anti-immigration white nationalist site VDARE and the conspiracy theory website Infowars, and sending them to Ms McHugh.

Mr Miller appears to urge Ms McHugh to write about the stories and discusses how to frame them and push them to prominence on Breitbart’s site.

After reading several profiles about Mr Miller to understand his background, Mr Hayden said he was struck by how Mr Miller was portrayed – and was dismayed that there was seemingly little effort made to examine the sources from which Mr Miller drew his beliefs.

“I remember The Washington Post profile had at the end: ‘he was running’ – this idea that [Miller’s] always busy, he’s always working,” he said. A profile in The Atlantic, Mr Hayden recalled, described Miller looking like he was “posing for a cologne ad”.

“A lot of profiles in the liberal press have treated him like some sort of policy wonk bad boy – almost romanticised him,” Mr Hayden said.

“The most important takeaway for me is that Stephen Miller found the basis for his ideas on websites that traffic in hate, and made it clear in his emails.” 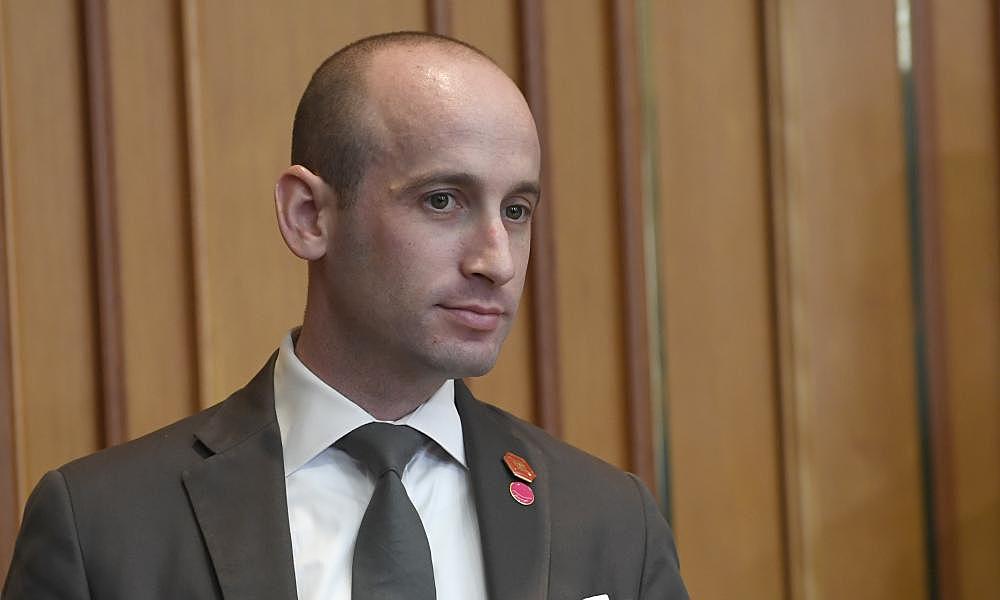 The Guardian - US
One subscription that gives you access to news from hundreds of sites
Trump adviser Stephen Miller injected white nationalist agenda into Breitbart, investigation reveals

The Southern Poverty Law Center reviewed over 900 emails from Miller.