The Guardian - US
Business

Miller also railed against those wishing to remove Confederate monuments and flags from public display in the wake of Dylann Roof’s murderous 2015 attack on a black church in Charleston, South Carolina, and praised America’s early 20th-century race-based, restrictionist immigration policies.

Emails from Miller to a former Breitbart writer, sent before and after he joined the Trump campaign, show Miller obsessively focused on injecting white nationalist-style talking points on race and crime, Confederate monuments, and Islam into the far-right website’s campaign coverage, the SPLC report says.

Miller, one of the few surviving initial appointees in the administration, has been credited with orchestrating Trump’s restrictionist immigration policies.

The SPLC story is based largely on emails provided by a former Breitbart writer, Katie McHugh. McHugh was fired by Breitbart over a series of anti-Muslim tweets and has since renounced the far right, telling the SPLC that the movement is “evil”.

However, throughout 2015 and 2016, as the Trump campaign progressed and she became an increasingly influential voice at Breitbart, McHugh told the SPLC that Miller urged her in a steady drumbeat of emails and phone calls to promote arguments from sources popular with far-right and white nationalist movements.

Miller’s emails had a “strikingly narrow” focus on race and immigration, according to the SPLC report.

At various times, the SPLC reports, Miller recommendations for McHugh included the white nationalist website, VDare; Camp of the Saints, a racist novel focused on a “replacement” of European whites by mass third-world immigration; conspiracy site Infowars; and Refugee Resettlement Watch, a fringe anti-immigrant site whose tagline is “They are changing America by changing the people”.

McHugh also says that in a phone call, Miller suggested that she promote an analysis of race and crime featured on the website of a white nationalist organization, American Renaissance. The American Renaissance article he mentioned was the subject of significant interest on the far right in 2015.

In the two weeks following the murder of nine people at a church in Charleston by the white supremacist Dylann Roof as Americans demanded the removal of Confederate statues and flags, Miller encouraged McHugh to turn the narrative back on leftists and Latinos.

“Should the cross be removed from immigrant communities, in light of the history of Spanish conquest?” he asked in one email on 24 June.

“When will the left be made to apologize for the blood on their hands supporting every commie regime since Stalin?” he asked in another the following day.

When another mass shooting happened in Oregon in October 2015, Miller wrote that the killer, Chris Harper-Mercer “is described as ‘mixed race’ and born in England. Any chance of piecing that profile together more, or will it all be covered up?”

Miller repeatedly brings up President Calvin Coolidge, who is revered among white nationalists for signing the 1924 Immigration Act which included racial quotas for immigration.

In one email, Miller remarks on a report about the beginning of Immigrant Heritage Month by writing: “This would seem a good opportunity to remind people about the heritage established by Calvin Coolidge, which covers four decades of the 20th century.” The four decades in question is the period between the passage of the Immigration Act and the abolition of racial quotas.

Miller also hints at conspiratorial explanations for the maintenance of current immigration policies. Mainstream coverage of the 50th anniversary of the removal of racial quotas in immigration policy had lacked detail, Miller believed, because “Elites can’t allow the people to see that their condition is not the product of events beyond their control, but the product of policy they foisted onto them.”.

Miller used a US government email address during the early part of the correspondence, when he was an aide to senator Jeff Sessions, and then announced his new job on the Trump campaign, and a new email address, to recipients including McHugh.

As well as McHugh, recipients of his emails included others then at Breitbart who subsequently worked in the Trump administration, including Steve Bannon and current Trump aide, Julia Hahn. 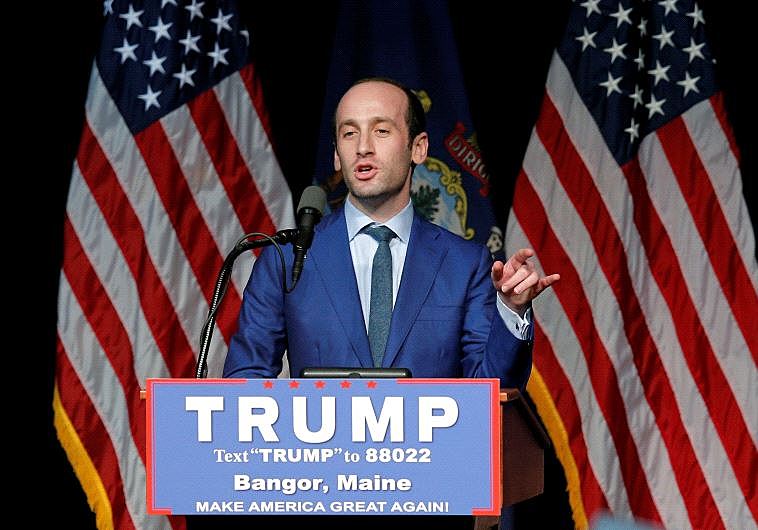 Stephen Miller promoted white-nationalist materials to Breitbart reporter
Miller, who is Jewish and a hardliner on immigration did not write sympathetically or neutrally at all about nonwhite or…

'What Stephen Miller sent to me in those emails has become policy at the Trump administration,' recipient says

The Southern Poverty Law Center reviewed over 900 emails from Miller.

Forbes
One subscription that gives you access to news from hundreds of sites
After Republican attacks, Ilhan Omar has been proved right: Stephen Miller is a white nationalist