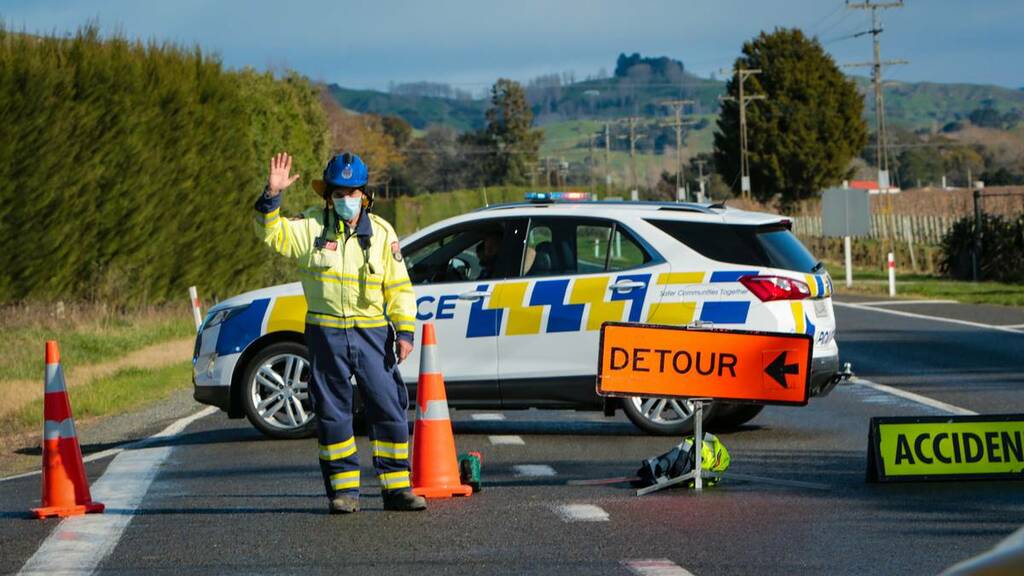 Two truck rolls on the two main highways north of Napier within 24 hours seriously injured one driver, closed both roads, and sparked a grass fire that had firefighters scrambling.

A rescue helicopter and emergency services were called to State Highway 2 near Tutira, north of Napier, after a truck overturned about 1.45pm on Friday.

The notorious stretch of road near the crash is nicknamed the Devil's Elbow.

The driver of the truck, a man in his 30s, was trapped and had to be freed before being taken to hospital with serious injuries.

He was on Sunday at noon in a stable condition in Hawke's Bay Hospital.

The crash caused seven hours of delays as the road which connects Napier and Wairoa was closed, finally reopening at 8.45pm after logs were cleared from the road.

Another truck then rolled and brought down power lines, sparking a grass fire, on Saturday about 7.50am on SH5 near Eskdale, just outside Napier.

Fortunately, no-one was injured in the crash which involved a B-train truck.

"A trailer rolled and took out a power pole which caused lines down and the fire," a Fire and Emergency NZ spokesman said.

SH5 was closed following the crash and re-opened to one lane at 10.30am. Three fire trucks attended the incident.

Firefighters and emergency services were kept busy at the weekend as multiple fires and crashes were reported.

Firefighters were called to a house fire at Akina about 6.15pm on Friday, where they extinguished a "relatively small" fire inside a kitchen.

Two fire trucks attended and put the fire out in about 20 minutes. There were no reported injuries.

While firefighters were still at the property, a call came in about a grass fire on Middle Rd in Poukawa, south of Hastings.

The grass fire was about 80m by 20m and required six fire trucks, including two tankers, to battle the blaze.

The fire took about 20 minutes to get under control after firefighters arrived about 7pm.

Then on Saturday night, a car crashed into the Chesterhope Bridge on Pakowhai Rd, closing the road for a time.

"There was damage to the bridge, with some panels taken out. No one was in the vehicle on arrival," a police spokeswoman said.

"The road was closed while the car was removed and diversions were put in place. Council were notified about damage to the bridge."