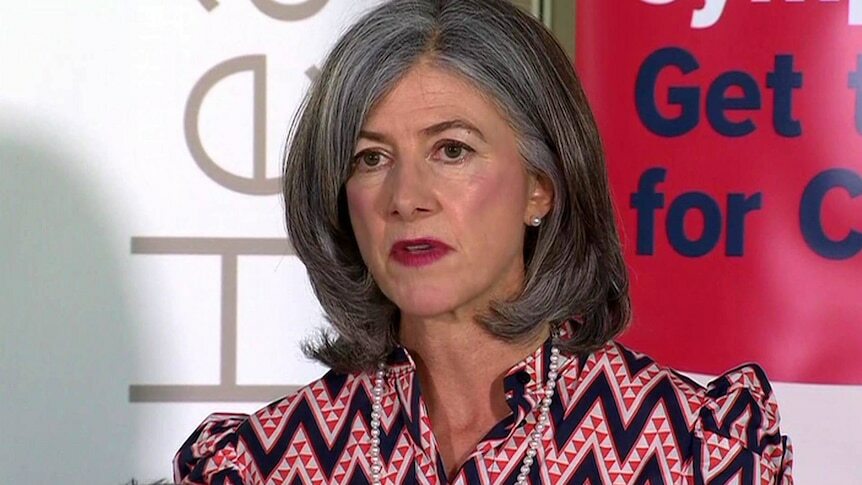 A man aged in his 60s is the latest truck driver to have tested positive for COVID-19 in South Australia, hours after he returned a negative result interstate.

The driver arrived in South Australia from New South Wales on Thursday night and was tested at Yamba in the Riverland.

SA Health authorities believe the man was in the early stages of infection because he had returned a negative result after getting tested in New South Wales earlier on Thursday.

The man has had one dose of the Pfizer vaccine and lives in a share house at Salisbury in Adelaide's north with a "handful" of close contacts, Chief Public Health Officer Nicola Spurrier said.

Three petrol stations have been listed as exposure sites, along with a laundromat and a supermarket in Adelaide's north.

"He has been driving a truck between South Australia and New South Wales, and he was tested yesterday evening at Yamba and that one's comb back positive.

"He had actually had a test in New South Wales earlier that day and it was negative.

"It does look like he's in the very early stages of his infection. He's had one dose of Pfizer vaccine, so he's not fully vaccinated."

The man is the latest freight driver to test positive, after more than half a dozen other cases in recent weeks.

His housemates will be tested and moved into hotel quarantine.

Five public exposure sites attended by the man on Thursday night and Friday morning have been identified, including one he visited twice.

Those include a Caltex service station at Yamba, a BP outlet and toilet facility at Blanchetown, and the Star Laundromat and Drakes supermarket in Salisbury North.

While those have been classified as tier 3 exposure sites, meaning anyone there during the relevant times will have to get tested without necessarily entering quarantine, Professor Spurrier said staff who served him may be at greater risk and may have to isolate.

An OTR outlet which the man visited twice has been classified as tier 4.

The man is one of two new cases in South Australia announced on Friday.

The other, a woman in her 50s who is in a medi-hotel after recently arriving from overseas, is "not of concern" and is possibly an historic case, Professor Spurrier said.

The SA Police Commissioner earlier announced the repeal of increased restrictions in the state's South-East, after no community transmission was detected linked to a Mount Gambier woman with the virus.

Professor Spurrier said genome sequencing had shown the woman's case "is a Victorian strain" of the virus.

She also defended the cancellation of the City to Bay fun run, which had been scheduled to occur in November.

Organisers on Thursday said SA Health had "denied the application for the event to proceed".

Professor Spurrier said the decision was "disappointing" but necessary, given the public health risk.

"When you are in large, crowded situations, even outdoors, and you've got a lot of heavy breathing which is what happens when you run a long distance, even if it's not a full marathon … there's certainly an opportunity for transmission," she said.

"I have reached out to the organisers of the City to Bay and invited them to think about resubmitting their application, which would need to be within our guidance."

More than 6,000 coronavirus tests were conducted in South Australia on Thursday.