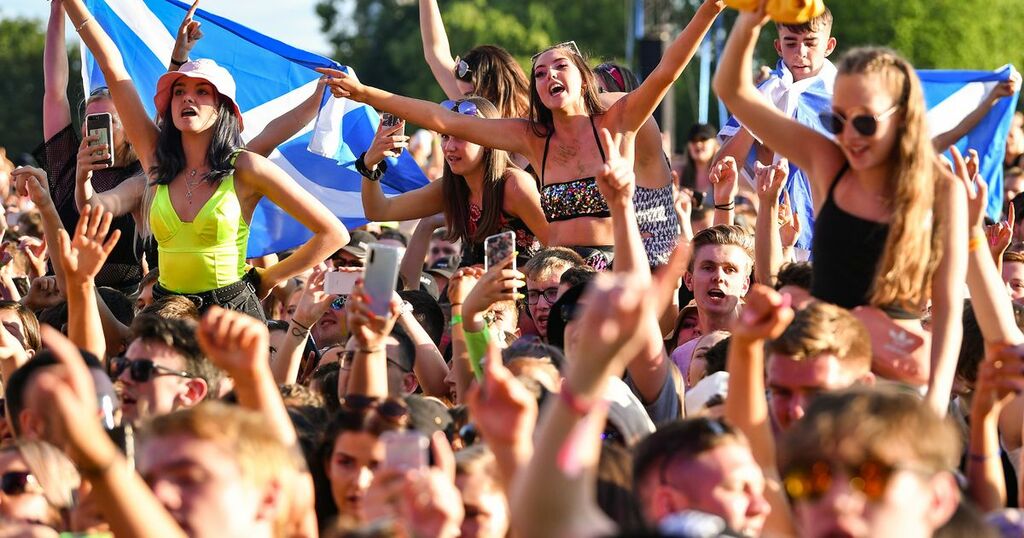 TRNSMT punters are expected to avoid a complete washout this weekend, according to the latest Met Office weather forecast.

The Met Office is anticipating the weather around the Glasgow Green venue to remain dry for the majority of the three-day festival.

Friday will start off overcast before the potential of some light showers in the afternoon for a brief spell. The weather will remain cloudy for the rest of the evening, but dry from around 6pm onwards.

Temperatures are expected to peak at 20C from around 4pm - which is just five hours after the gates open for the first time.

The weather on Saturday will be much of the same, with a chance of some 17C sun to shine over the site at around 4pm that afternoon.

Cloudy conditions are expected to continue throughout Sunday with no change to the maximum temperature from the previous day.

But for revellers heading to the site early on Friday, then it is advisable to take a set of wellies with you as Glasgow prepares for torrential downpours later tonight.

The Met Office says that showers could become heavy and potentially thundery as Thursday progresses.

A yellow weather warning for thunderstorms is in place for Glasgow and most of Scotland until 8pm this evening.

Forecasters warn that as much as 40mm of rain could land in just the space of two hours in some parts.

Thousands of people are expected to descend on Glasgow Green tonight to watch Biffy Clyro - which will be Scotland’s biggest gig since Covid restrictions were lifted last month.

But the definitive weather forecast lies with TRNSMT performer and Oasis legend Liam Gallagher, who claims that he will ‘bring the sunshine’ to Glasgow.

He tweeted: “Yo Glasgow don’t be worrying your little tartan socks off about the weather this wknd I’ll be bringing the SUNSHIIIIIIIIIIIIINE c’mon you know LF***ING x."